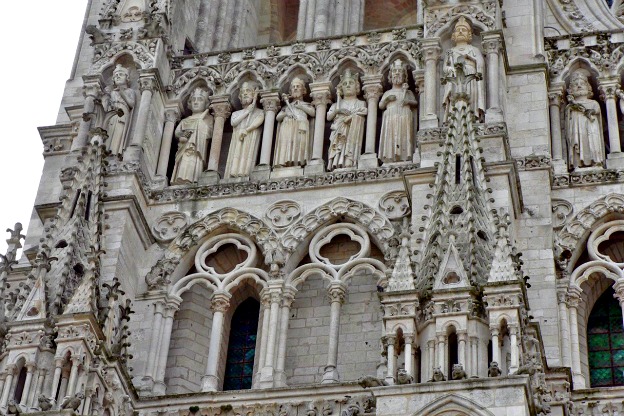 Few compositions by the 15th-century French composer Firminus Caron survive, but a new 2013 recording from the vocal ensemble"The Sound and the Fury" presents a great deal of Caron's music. Their three-disc set includes five masses and several chanson.

Caron seems to have been among the successful composers of his time. In 1473, the writer and music theorist Tinctoris praised Caron alongside Ockeghem, Busnoys and Regis as "the most outstanding of all composers I have heard."

It's interesting to note that very little of this French composer's music has been preserved in French sources. Caron's masses, for example, survive mostly in Italian sources. The French sources are assumed to have been destroyed in the late 18th century with the purging and destruction of churches during the French Revolution.

It seems that no fashionable 15th-century French composer could get away without writing a Missa L'homme arme, and Caron certainly followed suite! A genre that was already ubiquitous, Caron's L'homme Arme is a little more abstract than others. Except for a nearly full statement of the Cantus Firmus in the Agnus Dei, throughout the rest of the mass the tenor appears in fragments and paraphrases of the melodic L'homme Arme material.

The chansons included on disc three of this set are some of the most enjoyable of the whole recording. Written mostly for three voices, the compositions show a transitional thinking towards music with a more defined bass and a greater use of duple meter.