Hello, and welcome to Harmonia Uncut, the podcast where you can hear modern performances of very old music

I’m Wendy Gillespie, and today we have some Alkemie for you – that is, the alchemical medieval music of the ensemble Alkemie . They sent us some recent recordings of live performances.

“Ecco la primavera,” is a madrigale by Francesco Landini, not exactly the same thing as a madrigal. Listen for two chunks of music, one with 11 beats and the other with 7.  That 11 beat phrase covers the same words and music at the beginning and end of the piece.  In between you’ll hear the same music, though with different words. The text of this madrigal cheerfully announces that “Spring has come and it’s time for lovers’ madness!”

“Ecco la primavera,” a piece in two parts by Francesco Landini, performed by the ensemble Alkemie. Now we’ll move on to Alkemie’s rendition of one of the Saltarelli from the main source we have for medieval instrumental music, indeed the source in which the word saltarello first occurs, as far as we know. A saltarello is a dance that is usually in triple meter and involves little hops called saltarelli in Italian. Typically, this saltarello has a series of repeated strains (in this case 4 strains), each with a first and second ending.

Well, that was the jumping dance called Saltarello as interpreted by Alkemie.

I have a poetic rendering of the text for our final piece, a rondeau by Guillaume Dufay. The poem was written by one Lucy Cross, a doyenne of the early music scene in New York in the 1970’s and 1980’s who played the lute and earned her PhD in Musicology at Columbia University, specializing in medieval music. Much better than a verbal analysis of the formes fixes rondeaux, Lucy brilliantly captures the sentiment, rhyme scheme, musical and poetical form of this rondeau in English.  Here goes:

Shoot all thy bolts at my sweet enemy

Who leaves me to languish in pain and distress.

I love a dear lady I cannot possess

Who continues to kill me, though all in excess

Of the pain that I suffer, her lover to be …

Launch the attack! And insistently press

Bring all thy forces in full battle-dress,

Thine armies of cupids, and those that profess

To be nobles, and lovers of high courtesy;

If she ever be conquered, it must be by thee,

For wounded I lie at her feet, powerless.

Launch the attack! And insistently press

Shoot all thy bolts at my sweet enemy

Who leaves me to languish in pain and distress.

“Launch the attack!” - “Donnez l’assault,”  - you’ll hear those words three times in the next 3 and a half minutes

You’ve been listening to the ensemble Alkemie.  Alkemie have been performing in the mid-Atlantic states since 2013 and what you heard was taken from a recent collection of live recordings that was sent to us by a member of the ensemble, Niccolo Seligman.

We’d be interested to hear what you think about anything you’ve heard on this podcast. You can find Harmonia on Facebook, or leave a comment or question any time by visiting harmonia early music dot org and clicking on "Contact." This has been the Harmonia Uncut podcast, and I’m WG, thanks for joining us. 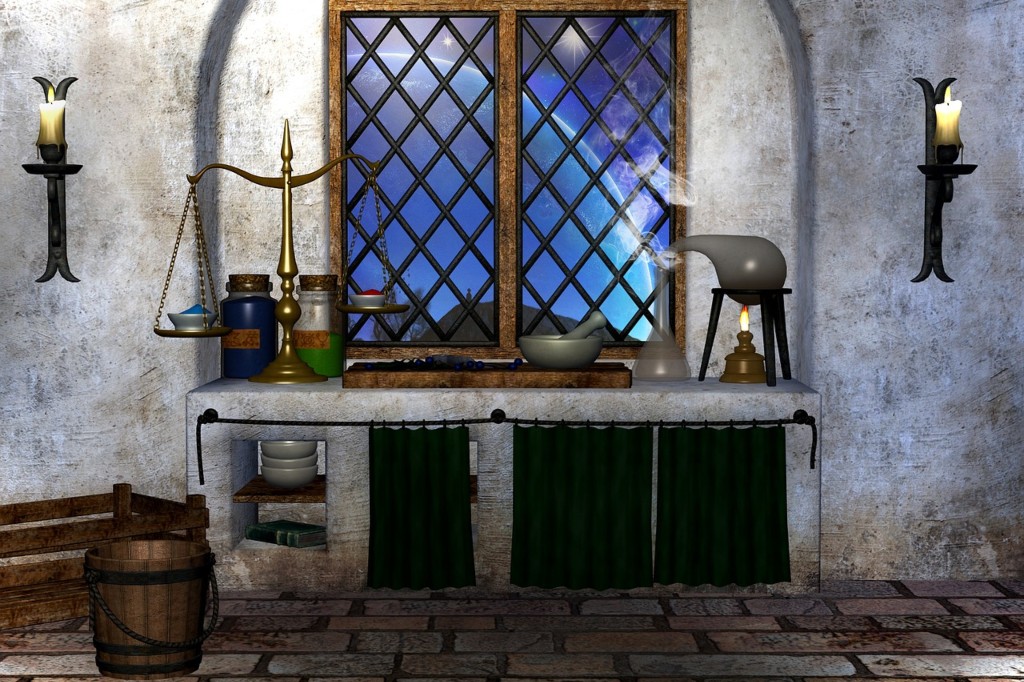 Both music and alchemy have long been associated with the world of magic. Now a young ensemble named Alkemie unites music and magic in a new incarnation. They sent excerpts from concerts of medieval music performed last year (2019) in historic Baltimore, MD and Charlottesville, VA, from which we’ll hear some ‘Alkemical’ medieval songs and dance, along with a creative translation of one of the songs which we offer as a gift of thanks to Alkemie.