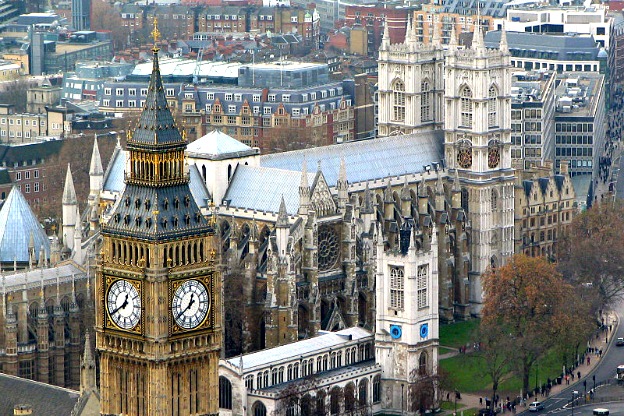 The Choir of Westminster Abbey

First, music of a composer by the name of Christopher Tye. Tye was of the generation that came just before William Byrd and Robert Parsons. Henry VIII was king for at least part of Tye's career.Â If fact, of Tye, Henry VIII is purported to have said, "England, one God, one truth, one doctor hath for music's art-and that is Dr. Tye." The Choir of Westminster Abbey perform Tye's famous Western Wynde Mass on this 2012 recording from Hyperion. Western WyndeÂ was originally a secular song.Â Invoking secular tunes in a sacred setting was one of the issues that many church officials of the time felt was inappropriate and it was the subject of many a debate during the Council of Trent in the 1560s.

Magnificat, directed by Philip CaveÂ has a 2012 Linn Records release called Where late the sweet birds sang: Latin Music from Tudor England. The music is performed by aÂ choir of eighteen singers, one of whom is Sally Dunkley, the woman who edited all but one of the pieces they sing and wrote the wonderful liner notes. The booklet for Magnificat's CD, includes some really interesting photos, one of a part book from a source of most of the music, a gorgeous manuscript that resides in Oxford, and another a photo of Magnificat, presumably during the recording session in Cambridge. The group is singing in the round with the microphones and conductor in the middle, quite an unusual way of recording that takes special microphones, and something in which Linn Records, as a hard-core audiophile company, would take delight. But enough talk about the recording processâ€¦!

Magnificat's performance ofÂ William Byrd's Domine quis habitabit highlights some amazing dissonances.Â Â The piece is a veritable festival of what are called cross relations, where notes like F and F# circle at very close proximity and sometimes crash directly into each other. This is a piece that exists only in one manuscript and is very unusual, in part because it is Byrd's only work in nine parts, with three equal bass parts. Another piece on the CD is Byrd's setting of the Lenten hymn Christe qui lux es et dies. In comparison, this Byrd piece is much simpler-everyone isÂ singing the same words at the same time, but there are still some of thoseÂ cross relations!Â Robert Parsons' Ave Maria is another really gorgeous piece included on this recording.