Welcome to Harmonia…I’m Angela Mariani. Grab a partner and head to the dance hall! This hour, we’re throwing a dance party that spans several centuries. Dancing was common in all social classes across Europe. Whether you’re ready for a bawdy brawl or an elegant Pavane, we have the dance for you. We’ll explore dances that were danced by professionals and amateurs alike as well as dance music that isn’t meant to be danced to at all. Our featured release is J.S. Bach Suites & Sonatas, Vol. 3 performed by Shirley Hunt.

That was the English traditional song “Drive the Cold Winter Away.” François Lazarevitch led Les Musiciens de Saint-Julien on their 2020 Alpha release The Queen’s Delight. We’ll be hearing more English songs and country dance tunes from this recording a little later.

Whether you’re here to tap your toe or jump up and join the volta, it’s time for a Harmonia dance party. Dance was a core part of socializing in every class in the Medieval, Renaissance, and Baroque. We’ll begin this dance party in a place you might not expect—on a sixteenth-century church organ. When secular music like Pierre Attaingnant’s collection of keyboard dances were performed on organ, there were complaints. Catholic theologian Desiderius Erasmus complained that [quote] “amorous and lascivious melodies are heard such as elsewhere accompany only the dances of courtesans and clowns.”

Still, these complaints are evidence that Renaissance dance music like this was heard in churches soon after it was written. Let’s hear a Pavane and Galliard published by Pierre Attaingnant for [quote] “organs, spinnets, clavichords, and similar instruments.”

Galliarde and Pavane from Pierre Attangnant’s 1530 collection of keyboard dances. Robert Bates, organist, performed on a Renaissance organ at Saint-Pierre in Burgundy.

One place you would expect to dance is the dance hall. These were popular among aristocrats and commoners alike. Dance halls in the American colonies were filled with the sounds of English country dance. Dance might not be for the feet—many dances were for the fingers as well, and a wealth of virtuosic works for instruments came out of this dance tradition. We’ll hear “The Lord Monk’s March” by James Oswald with “Hey to the Camp” by Henry Purcell. Then instrumental feature, Thomas Baltzar’s “John Come Kiss Me Now” with variations by viol virtuosos Christopher Simpson, violinist and clockmaker Davis Mell, and composer-turned-Quaker Solomon Eccles.

Professional dancers provided courtly entertainment across Europe. The French court at the time of Louis XIV employed the best dancers, musicians, and composers of the day. The short ballet Le Mariage de la Grosse Cathos used a band of oboes and percussion to accompany dancers. The music is by Andre Danican Philidor, who came from a family of oboe and flute makers. This ballet is important since we have the choreography as well as the music from the time it was premiered. The dance moves are indicated in a special notation by choreographer Jean Favier. Dance masters used this and other notation to teach choreography to dancers learning a new production as well for courtiers preparing for important social events. We’ll hear three dances from Le Mariage de la Grosse Cathos—a Pavane, Air, and Charivari.

Welcome back. Staying a while longer in European courts, dance was a major signifier of social status. How high a man could lift his partner in a Volta or how elegantly a woman held herself while strutting in a Pavane could help or hurt their social standing. The galliard was an especially athletic dance. Queen Elizabeth I was said to have danced the galliard as part of her morning exercise. Let’s hear two galliards by one of Elizabeth’s favorite composers, John Dowland. Here is “The Most Sacred Queen Elizabeth, her Galliard” and “The Frog Galliard.”

Lutenist Nigel North performed two galliards by John Dowland. That was “The Frog Galliard.” Before that, we heard “The Most Sacred Queen Elizabeth, her Galliard.”

Sticking with our dance theme, our featured release is J.S. Bach Suites & Sonatas, Vol. 3 performed by cellist Shirley Hunt. Some dance music was meant to be danced to, but other dance music reminded the listener of dance and wasn’t really for practical dance use. Johann Sebastian Bach’s Solo Suites for cello represent this tradition—they even have preludes that don’t employ dance meters at all. We’ll hear the Prelude and Gigue from Bach’s third cello suite.

Bach’s six solo suites for cello feature dance movements and require substantial virtuosity on the part of the player. The sixth suite has some special features. There is some debate about what instrument this suite was written for—was it a five-stringed piccolo-cello? Was it a viola pomposa, played on the shoulder like a violin? Was it a regular, four-stringed cello, strung with sheep-gut strings, as was typical in Bach’s day? Whatever instrument the sixth suite was for, it requires some very high playing. Cello players usually read two of the lower clefs, bass and tenor, to determine which notes to play. In this suite in its early versions, the player is required to read alto and the soprano clefs, which were more common for viola and sometimes violin. We’ll hear an Allemande—and while you might tap your toe, this Allemande is not meant to be danced to.

Allemande from Bach’s solo suite no. 6 in D Major for cello performed by Shirley Hunt on our featured recording J.S. Bach Suites & Sonatas Volume 3 from Letterbox Arts in 2020. 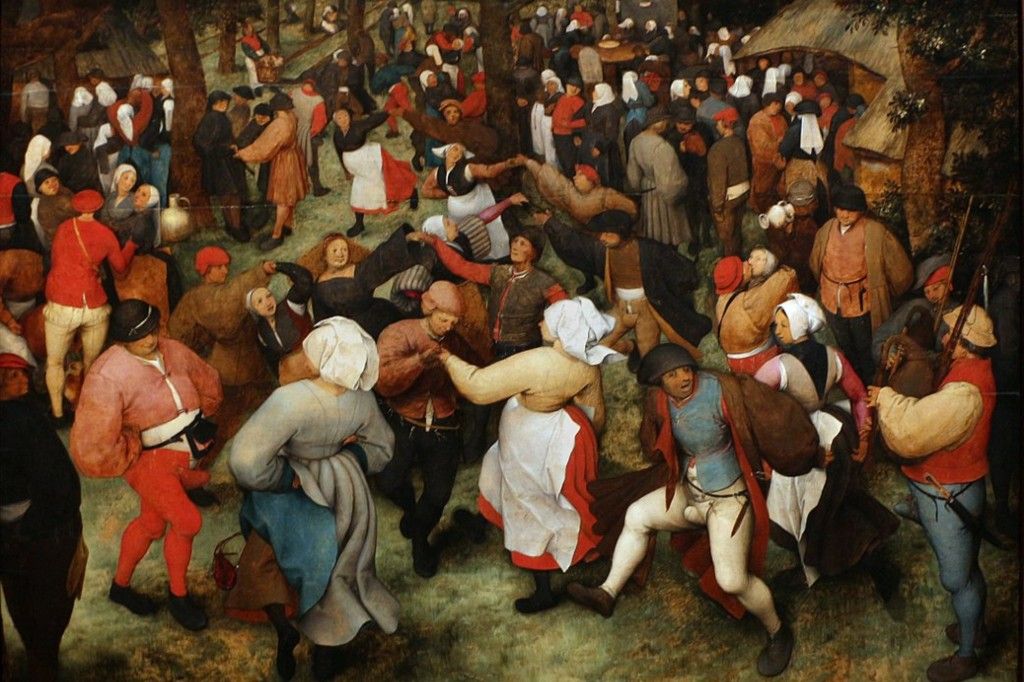 Grab a partner and head to the dance hall! This hour, we’re throwing a dance party that spans several centuries. Dancing was common in all social classes across Europe. Whether you’re ready for a bawdy brawl or an elegant Pavane, we have the dance for you. We’ll explore dances that were danced by professionals and amateurs alike as well as dance music that isn’t meant to be danced to at all. Our featured release is J.S. Bach Suites & Sonatas, Vol. 3 performed by Shirley Hunt.