Welcome to Harmonia… I’m Angela Mariani. Cześć [CHE-sh-ch] and hello! This hour on Harmonia we travel to Poland to explore music of Kraków and the Polish Golden Age. Our featured release is the 2017 recording The Art of the Harpsichord: From Cabezón to Mozart. Harpsichordist Byron Schenkman takes us on an adventure to the National Music Museum in Vermillion, South Dakota.

Although he had Italian parents, Diomedes Cato [DEE-oh-meh-des CA-toe] probably never knew Italy. His Protestant family fled Italy, escaping the Inquisition when Diomedes was an infant in the 1560s. They settled in the Polish capital, Kraków. Cato became famous as a lutenist and composer in Sweden, as well as Poland. He was one of the first Italian-born composers to visit Sweden. As a well-respected musician, Cato’s presence in Sweden wasn’t so unexpected—during Cato’s life, Sigismund III of Vasa ruled over a seemingly disjunct kingdom including modern-day Sweden, Poland, and Lithuania. Today, Sigismund III is best remembered for moving the Polish capital from Kraków to Warsaw, where it remains.

We’ll hear three dances by Diomedes Cato, where we can imagine the lavish parties of Sigismund III’s brief composite monarchy.

Three dance pieces by late Renaissance composer Diomedes Cato, perhaps for the Polish, Lithuanian, and Swedish court of Sigismund III. We heard “Chorae polonicae no.3,” “Gagliarda,” and “Favorito” performed by the ensemble Sabionetta from their 2013 release The Polish: 16th Century Music.

The movement of the Polish capital from Kraków to its current city, Warsaw, in 1596 was seen by some as the end of the Polish Golden Age. At its peak in the 16th century, the Polish-Lithuanian Commonwealth had nearly 11 million inhabitants, and boasted one of the strongest economies in Europe. We’ll hear songs of victory, from a CD titled Music of the Polish Golden Age. We can hear the majesty of the joint kingdom in these songs of victory by Krzysztof [KE-resh-toff *flip the “r”] Klabon, who was the first conductor of the Royal Chapel in Warsaw, under Sigismund.

At the pinnacle of Polish influence in Europe, Poland enjoyed religious freedom, a flourishing science community, and a powerful economy. If Copernicus’ sun-centric model was the major advance in science, the Psalter of David and accompanying Melodies of the Polish Psalter may be the most important artistic achievement. With a text by Jan Kochanowski [YAN COE-ha-noff-skee] and music by Mikołaj [MEE-ko-lai (like “Nikolai”)] Gomółka [go-MOOL-kah], this late 16th-century work reflected the religious diversity of Poland. Unusually, it was written to appeal to both Catholic and Protestant believers.

Across the Atlantic, and several centuries years later, we find ourselves at The National Music Museum, in Vermillion, South Dakota, for our featured release. It was here that harpsichordist Byron Schenkman fell head over heels in love with playing on historical harpsichords. In his latest recording, The Art of the Harpsichord: From Cabezón to Mozart, Schenkman takes us on a journey—we’ll hear over three hundred years of music played on original keyboard instruments in a single room.

Jacques Duphly’s “La pothoüin.” Byron Schenkman, from our featured release, The Art of the Harpsichord: From Cabezón to Mozart.

We’ll conclude with two pieces that show the depth of the collection of instruments at the National Music Museum—first, “Diferencias sobre el canto llano del caballero” by Spanish Renaissance composer Antonio de Cabezón. We wallow in the dark majesty of this 16th-century instrument. Contrast that with the soaring melody and crisp brilliance of Haydn’s Sonata in D Major, Hoboken 16, number 24 from the late 18th century.

Harpsichordist Byron Schenkman performing the Finale from Haydn’s Sonata in D Major preceded by a set of diferencias by Antonio de Cabezón. 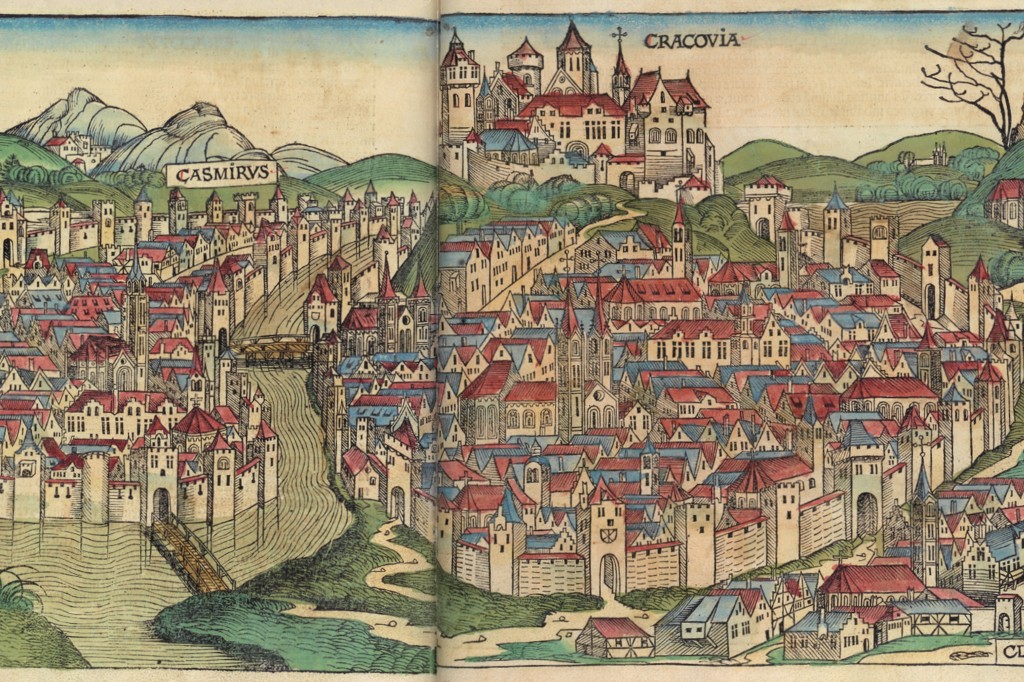 Cześć and hello! This hour on Harmonia, we travel to Poland to explore music of Kraków and the Polish Golden Age. We’ll hear music by Diomedes Cato, Mikolaj Gomółka, Jacques Duphly, Krzysztof Klabon, and more.

Plus, our featured release is the 2017 recording The Art of the Harpsichord: From Cabezón to Mozart. Harpsichordist Byron Schenkman takes us on an adventure to the National Music Museum in Vermillion, South Dakota.