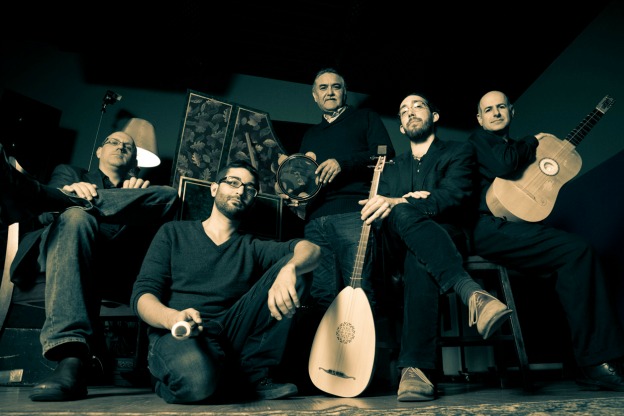 Making it up as you go along, coming up with something on the spot or off the top of your head, creating in the moment, being spontaneous on the fly-that's all a part of musical improvisation. When we think of the best improv artists, we tend to think of jazz musicians, or folk singers or fiddle players, or hip-hop artists and freestyle rap. But we don't think often enough of improvisation in the western classical music tradition. What can be said with certainty is that musicians have always improvised, and today's early music performers, in the spirit of authenticity, could stand to do a whole lot more of it.

The good news is that the ensemble Harmonious Blacksmith and harpsichordist Pamela Ruiter-Feenstra have both filled large percentages of their recordings with improvised music. Ruiter-Feenstra's 2013 Fleur de Son Classics recording features music improvisations in the style of Bach's teacher, Georg Böhm, as well as improvisations on chorale tunes like Ein fest Burg.

Some of the music on Harmonious Blacksmith's 2011 CD Sentirete una Canzonetta is entirely improvised, while some is performed note for note as written, and some uses Renaissance or Baroque pieces as points of departure for embellishment.

Admittedly, something of the art of improvisation seems to get lost in a recording. Through the recorded medium, its hard to tell how much is truly off the cuff, so to speak. The risk factor for performing extemporaneously in front of a microphone is surely lower than it would be in front of a live audience. Presumably, for true improvisations, no two takes in the studio would be the same!

A sense of the unexpected, even in recorded music, that's the point of improvisation, right? So, here's to spontaneity! Hats off to these performers.