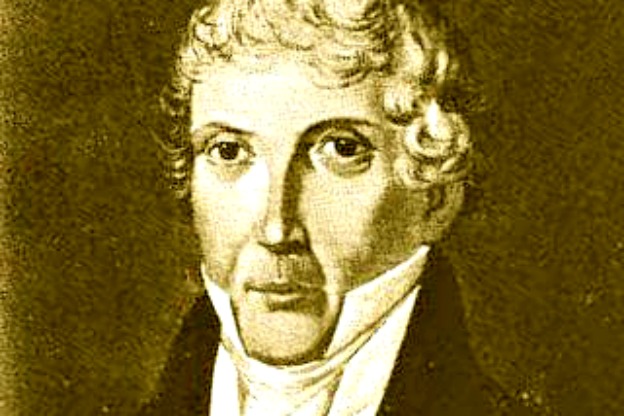 Today we're headed a little later than we normally go. It's onward, all the way to the 19th century with two new CD's of historically informed performances of music by Crescentini and Cherubini.

In 2012, Tactus released a recording of mezzosoprano, Marina Comparato and fortepianist, Gianni Fabbrini performing Ariettas and Cantatas for solo voice, published in 1810 by Girolamo Crescentini.

Crescentini was a castrato singer who was living and composing at a time when castrato singers-all the rage during Handel's time-were by the end of the 18th century becoming old-fashioned. It was also a time of major transition from the Classical style to early romanticim. And you can certainly hear the sentimental romantic in the pieces on this recording. One of Crescentini's biggest fans was Napoleon Bonaparte who invited the singer to his coronation, and to be the singing teacher for his family between the years 1806 and 1812.

Also in 2012, Hyperion released a CD of arias and overtures by the Florentine composer Luigi Cherubini, performed by Maria Grazia Schiavo, and the period instrument orchestra, Auser Musici.

A direct contemporary with Crescentini, Cherubini was just ten years older than Beethoven. The similarity of style can easily be heard in the impetuous opening of the Overture from Démophon. Another track features Cherubini's Ti lascio adorato mio ben, a piece which has classical grace and style all the while looking forward to the demonstrative atmosphere of the Romantic.

So there you have it. Two CD's of historically informed performances of music that many of us wouldn't really consider "early music." But, if you embrace early music as anything performed within the realm of historical performance, maybe these recordings will be of interest to you.

At any rate, these recordings of later music delve into the same kinds of issues that performers of medieval and other really early music do, addressing in their performances questions of style and interpretation and appropriate instrumentation based on historical sources. In the end its good to remember that all music was once new.  But the question remains, when does that music get old enough to become early music?! And perhaps in the end, that's a question without a definite answer.