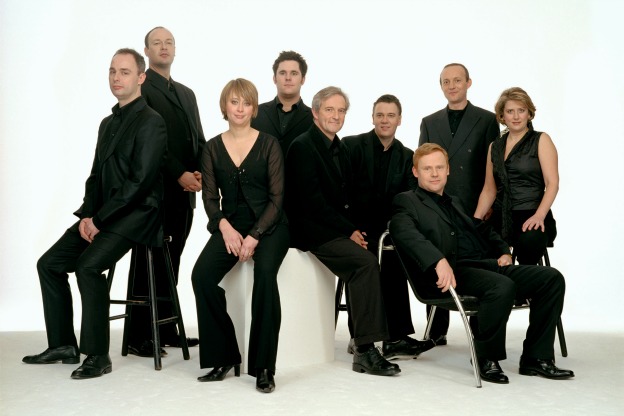 Thomas Tallis and later, William Byrd, composed music during a time of divisive religious conflict between Catholics and Protestants in 16th-century England. Monarchs came and went, and each successive one seemed to have different aspirations for the church in England. Music, which was central to liturgies and religious expression-both Catholic and Protestant-naturally had to adapt.

This week we're featuring two recent recordings on the Hyperion label: The Cardinall's Musick, directed by Andrew Carwood, sings music by Tallis from a 2013 release, and Byrd from a recording that came out in 2012.

Salve intemerata virgoÂ is a votive antiphon for the Virgin Mary. This is a piece which in the religious climate of 16th-century England would have been appropriate either for Henry VIII's pre-Reformation years or for Mary's restored Catholic state. But the length of the composition paired with drawn out melodic lines that extend the Latin text are stylistically in line with music composed during the earlier reign of King Henry.

Eventually, music in England was incited toward a more succinct style. Archbishop Cranmer was adamant that each syllable of text should correlate with no more than one musical note. As such, Tallis had to write pieces that were shorter and more syllabic. Here's an example: listen to how different Tallis'Â Salve intemerata virgo track is from his If ye love meâ€¦a piece that reflects a greater interest in text, in the vernacular, and in a more contained and modest musical style which would have been utilized especially during the protestant leanings of Edward VI and Queen Elizabeth.

Around 1540's, composers in England started setting texts from the Book of Psalms to music. In 1567, Matthew Parker, who was the Archbishop of Canterbury under Queen Elizabeth, translated the Psalter into English metrical verse. He published it with the inclusion of nine "Tunes," which had been composed by Tallis, with the idea that with this collaboration the Psalms could be sung rather than merely spoken.

In Tallis's psalm tunes, the melody can be found in the tenor part. There are other harmonizing voices provided as well, and these, Tallis indicates, may be added to the basic tenor tune if a choir is available. On this recording, The Cardinall's Musick performs it both ways.

William Byrd also wrote many psalm settings. These were likely intended for private devotion or for performances in the home rather than church. Included on this recording are Psalm 121, Unto the hills mine eyes I lift, which was published by Byrd in a 1589 collection, and aÂ jubilant setting of Psalm 117, from the much later collection of Psalmes, Songs and Sonnets from 1611.

Byrd's psalms are somewhat intimate and small scale pieces. This is in contrast to the ten voiced centerpiece of this recording, Byrd's music for The Great Service. The setting is extravagant, imitative, and technical in places-and in many ways is contrary to the simpler advocated style of the time.Â Byrd didn't publish The Great Service during his lifetime, and the work was only re-discovered in 1922. Given its scope, Byrd may have composed The Great Service specifically for the Chapel Royal sometime during the 1590's.