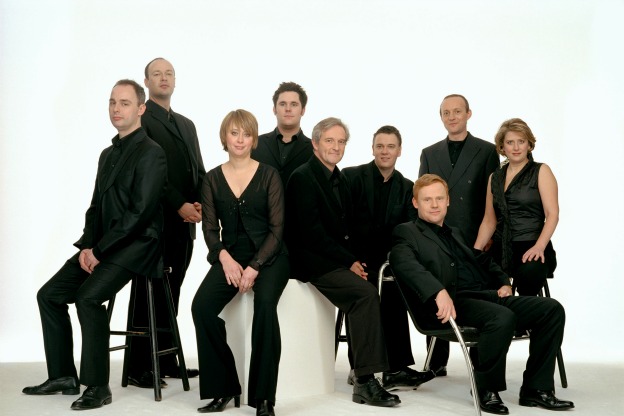 William Byrd  was a Catholic during a time that it was not at all fashionable to be one, to say the least – that is, during the reign of Queen Elizabeth I. Despite his non-attendance at official church services and even a period of house arrest, the music-loving Queen more than tolerated the supremely talented composer, even granting a 21-year patent for the printing of music and ruled music paper jointly to Byrd and Thomas Tallis. Byrd's Anglican church music understandably forms only a small proportion of his total output, and he did not publish any of it. The Great Service only came to light in the twentieth century.

The Gramophone Award-winning Cardinall's Musick has recorded all of Byrd's Latin church music. Founded in 1989, they are primarily a vocal group embracing a wide range of styles and periods: from complete reconstructions of historical events to world premieres of commissioned music. On this occasion, Andrew Carwood directs an ensemble of ten singers and an organist in some of Byrd's Anglican music and psalm settings, now, in English.

Among his many other accomplishments, Carwood is the first non-organist since the 12th century to hold the post of Music Director of St. Paul's Cathedral in London. (It is probably worth noting that in the 12th c. St. Paul's was a completely different building and probably had no organ!) Carwood is a singer who has worked for many years within the English choral tradition, from his days as a choral scholar at St. John's College, Cambridge, then as a lay clerk at Christ Church, Oxford, and Westminster Cathedral.

The influence of his own experience on the sound of The Cardinall's Musick will be obvious to those who are familiar with the English choral tradition, especially in the sound of the treble and alto voices. The treble part is sung by female sopranos, but their vocal color calls to mind the voices of boys. Male and female altos are employed for the alto parts, once again singing in a pure, largely non-vibrato style that is favored by most English choral institutions.

Most of Byrd's Anglican service music probably dates from his first known employment as Master of the Choristers at Lincoln Cathedral from 1563-1572. It is mostly simple in style and short in length, as required by the authorities. The Great Service is neither simple nor short, and its lavish scoring in ten parts would have made it impossible for many choirs to perform. Carwood speculates that the Great Service may have been a farewell to Byrd's colleagues in the Chapel Royal when he finally left London to go to Essex, where he spent the rest of his life under the patronage of the Petre family based at Ingatestone Hall. Of course, the Chapel Royal would have had enough very skilled singers to be able to perform this intricate polyphony.

Those who are familiar with Byrd's instrumental music of five and six parts will recognize his contrapuntal virtuosity and sophistication in this splendid music. By way of contrast, Byrd's setting of part of Psalm 126, a piece entitled Turn our captivity, O Lord, contains  lots of rhythmic interest and variety but not nearly as complex as the Te Deum.

This is certainly spiritual music, but it's not liturgical. It was published in Byrd's Psalms, Sonnet and Songes of 1611 and was probably intended for domestic performance.