Bees buzz as they journey from flower to flower and back to the hive. But, this hour, bees aren’t all that’s a buzz—we’re going to listen to music featuring the J-shaped wooden instrument called the crumhorn, loved for its charming shape and entertaining sound, and the buzziest of all the double reed instruments. Plus, we’ll hear a couple of songs featuring bees, themselves. Finally, our featured release is a 2020 album by Akademie für Alte Musik Berlin led by Georg Kallweit; join us as they explore music from George Frideric Handel’s opus 3 Concerti grossi.

German tunes of the sixteenth century—Hildebrandslied, Es taget vor dem walde, and Zart liep, wie süss dein anfang ist, all performed on bagpipes and percussion by Piffaro. We’ll hear more from Piffaro, on a different double-reed instrument, in a bit.

A nineteen-year old bride, Sofia, and her fiancé, Johann, Elector of Saxony, gathered with family, court, and church for their wedding at Torgau in 1500. When the Mass began, along with the sweet sounds of voices filling the church was the charming—and wonderfully buzzy—sound of four crumhorns. Here is ensemble Piffaro performing two tunes on crumhorns by German Renaissance composer Georg Forster.

Crumhorns are wind instruments constructed in three parts: body, cotton reel, and wind-cap. The body has holes and sometimes keys, much like a recorder, but is curved at the bottom. A double reed is affixed to a slim brass tube, sitting in the top of the cotton reel, atop the body. The reed, tube, and reel are covered by a cap. The player blows through a small slit in the cap. After 1500, crumhorns quickly became popular throughout continental Europe—especially in Germanic lands, the Low Countries, and Italy. Next up—four Flemish dances played on crumhorns.

Like their instrument cousins—shawms, recorders, and dulcians—crumhorns come in families, and are typically used for both sacred and secular music that fits their ranges. Most crumhorns have only a nine-note range, so it can be convenient to amass an arsenal of them to play together. Unlike recorders and gambas, which were used by both professionals and amateurs, crumhorns tended to be used by professional performers in courts and town bands. They were expensive to manufacture and maintain, and you usually needed at least three to play together at a time.

Welcome back. We’ve been listening to the buzzy music of covered reeds: crumhorns. But crumhorns aren’t all that’s a-buzz this hour. Music for and about your friendly neighborhood pollinator is next! We’re all about bees.

In the song cycle “Love Wounded” by French baroque composer Louis-Nicolas Clérambault, we hear a conversation between Cupid and his mother Venus. While picking flowers around a hive, Cupid is stung by a bee. Venus asks what happened. and Cupid explains that, quote, “it was a sort of snake / Which flies at the start of spring / With its two tiny wings / Here and there on the flowers.” Sympathetic to his pain, Venus heals Cupid’s hand, but she reminds Cupid—don’t your stings of love’s arrows sometimes hurt mortals?

But bees have their own struggles, too. Another buzzy poem is from the perspective of a bee. In “It was a time when silly bees could speak,” we hear of a bee complaining to the head bee about not being able to find enough sap to bring back to the hive.

We turn now from our buzzy friends to the elegance of George Frideric Handel’s Opus 3 concerti grossi. In their third album in this popular area of Handel’s works, Akademie für Alte Musik Berlin bring clarity and charm to these well-loved pieces. We’ll hear the opening three movements of Concerto Grosso op. 3, no. 2.

In mid-eighteenth-century London, everything Italian was fashionable. This may be why publisher John Walsh was in such a hurry to get these pieces out in printed form to the public—probably without Handel’s permission—considering the many errors in the first edition. We’ll close with Concerto Grosso in G Major, Op. 3, no. 3 here utilizing traverso, strings, and continuo.

The writer for this edition of Harmonia was Sarah Huebsch Schilling. Thanks to our studio engineer Michael Paskash, and our production team: Aaron Cain, Wendy Gillespie, LuAnn Johnson and John Bailey. I’m Angela Mariani, inviting you to join us again for the next edition of Harmonia. 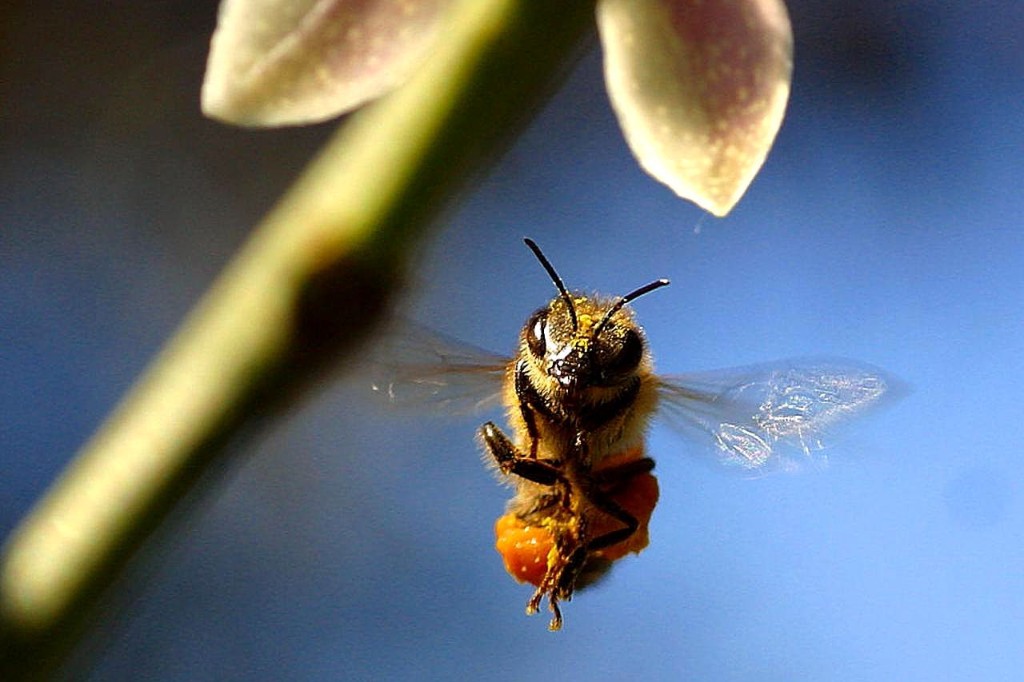 Bees buzz as they journey from flower to flower and back to the hive. But, this hour, bees aren’t all that’s a buzz—we’re going to listen to music featuring the J-shaped wooden instrument called the crumhorn, loved for its charming shape and entertaining sound, and the buzziest of all the double reed instruments. Plus, we’ll hear a couple of songs featuring bees, themselves. Finally, our featured release is a 2020 album by Akademie für Alte Musik Berlin led by Georg Kallweit; join us as they explore music from George Frideric Handel’s opus 3 Concerti grossi.