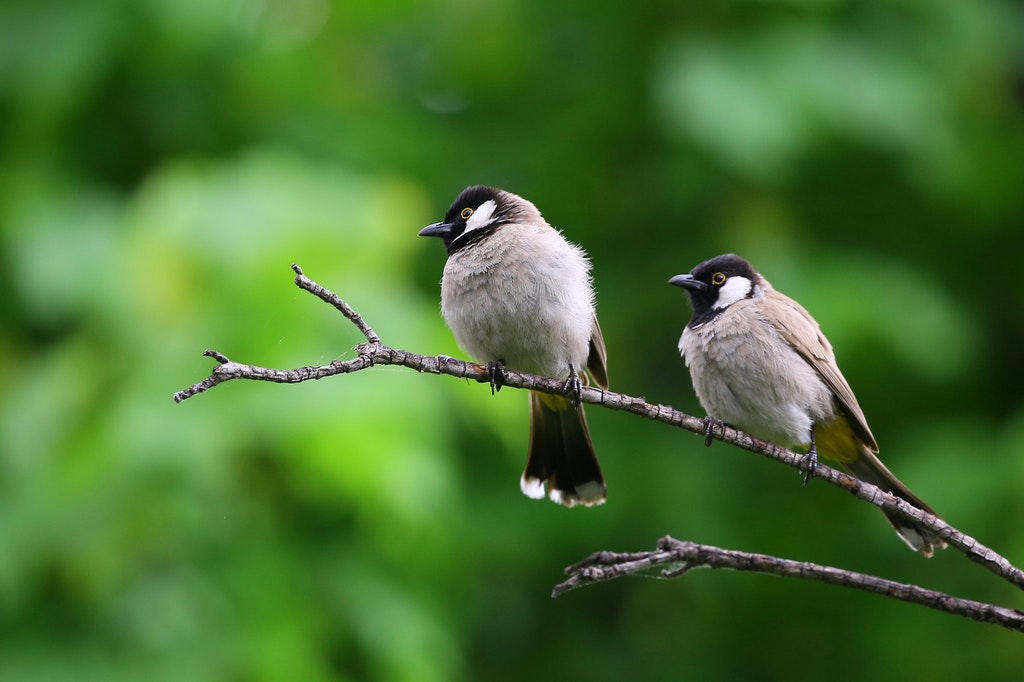 Birds are nature's original songsters, and it's a rare musician who has managed to turn a deaf ear to their music. From Medieval troubadours to avant-garde stylists, composers throughout the centuries have listened – and sought to imitate – the melodies of our fine feathered friends. It's a musical aviary this week on Harmonia, including a bird-filled recent release by the Boston-based ensemble Musicians of the Old Post Road.

We heard lush viol consort music by William Byrd, a composer active in 16th and 17th century England.  Byrd's surname, thought to be of Anglo-Saxon origin, may well have been handed down to him from some bright-eyed, sweet-voiced, bird-like relative.  We heard the ensemble Fretwork performing Byrd's Fantasia a 6.

Leave it to the Birds

Some birds are graceful tunesmiths.  Others make do with clucks and chirps. Over the centuries, composers have labored to transmute all kinds of birdsong into melody.  We'll survey ornithologically inspired music this hour on Harmonia, beginning with an offering by the late-Medieval composer and poet Oswald von Wolkenstein.

"Der Mai mit lieber zal,"or "the month of May envelops the entire land," is based on a song by the Frenchman Jean Vaillant.  In Wolkenstein's version, we are transported to a cacophonous Tyrolean forest, complete with bird calls.

Writing around a century after von Wolkenstein flourished, the French Renaissance composer Clément Janequin also tried his hand at imitating birds sounds in his chanson "Reveillez vous, cueurs endormi," also known as "Le chant des oiseaux."  In it, Janequin assures listeners:  "On this first day of May / the birds will make you marvel."  The text gradually gives way to onomatopoeic nonsense syllables as the singers imitate thrushes, blackbirds, nightingales, and cuckoos.

We've heard how the human voice can imitate birdsong - but what kind of instrument best captures the trilling of a lark or the twitter of a goldfinch? Many composers have used recorders and flutes, two instruments with high, pure tones, as stand-ins for birds.  Let's listen to how well these instrumental imitators do in two virtuosic works.

First, we'll hear Marion Verbruggen's solo recorder imitating a Nightingale in the Dutch 17th century composer Jacob van Eyck's set of variations on the tune Engels Nachtegaeltje, or the English Nightingale.  After that we'll have hear baroque flute imitating a goldfinch in the last movement of Vivaldi's famous Flute Concerto in D Major, nicknamed "Il Gardellino" and performed here by Janet See and the Philharmonia Baroque Orchestra under Nicholas McGegan.

Two pieces in which instruments ape birds - we heard Janet See, Nicholas McGegan, and the Philharmonia Baroque Orchestra performing the third movement of the flute concerto nicknamed "Il Gardellino," or the goldfinch, by Antonio Vivaldi.  And before that we heard Jacob van Eyck's variation set for solo recorder, "Engels Nachtaeltje," recorded by recorder player Marion Verbruggen.

Let's listen to how composers through the centuries have paid tribute to the bird, beginning with an anonymous work called "Rossignol," or nightingale, played here on recorders by the Renaissance ensemble Piffaro.

It's easy to hear the sound of the nightingale in the sound of a recorder, but what about the harpsichord?  In 1722, François Couperin proved himself up to the challenge of channeling the nightingale's s song publishing his famous work "Le Rossignol-en-amour," or "The Nightingale in Love."  We'll hear a version by harpischordist Noelle Spieth, as well as Couperin's double, or more complicated version, of the piece, in which the harpsichord is joined by flute and viola da gamba.

Two nightingale-inspired tracks by the French baroque composer François Couperin, performed by Noelle Spieth and colleagues.  We heard "Le Rossignol-en-amour" and its double.

The Chantilly Codex is one of our best sources for a highly complex 14th-century French style of music known as Ars subtilior.   Among the codex's contents is a nightingale-inspired virelai entitled "He tres doulx roussignol" attributed to the composer "Borlet." "Borlet" didn't seem to compose much else - and in fact his name may be an anagram of the slightly more prolific French composer Trebol.  We'll hear the ensemble De Caelis performing.

A work from the Codex Chantilly, "He tres doulx roussingol," attributed to "Borlet" and sung by the ensemble De Caelis.

Old McDonald Had A...

It's birdwatching season this hour on Harmonia as we survey music inspired by our avian brethren.

It's undeniable that graceful melodists like the nightingale attracted the most musical admirers.  But there's a musical place for ornithology's clumsier specimens as well.

Let's begin with chickens!  The Italian composer Tarquinio Merula immortalized the hen in his canzon "La gallina," in which the treble parts imitate chickens pecking.  We'll hear a recording by Musica Florita.

The musicians of Musica Florita pecking through the canzon "La gallina," an instrumental work from the Italian baroque composer Tarquinio Merula.

From comedy to tragedy and chickens to ravens, a bird long associated with darkness and death.

The English ballad "The Three Ravens" was first published by composer and collector of tunes Thomas Ravenscroft in the early 1600s, but is likely older than that.  In the ballad, three ravens sitting in a tree aspire to devour dead knight, but the knight's body is spirited away by his lover before they can feast.

Custer La Rue sings the ballad in this arrangement by the Baltimore Consort.

We heard Custer La Rue and the Baltimore Consort performing "There Were Three Ravens, " an English ballad published by the appropriately named Thomas Ravenscroft.

Even our featured release this hour is for the birds….we're sampling tracks from Earthly Baroque, a late 2017 release by the Boston-based ensemble Musicians of the Old Post Road.  It's an album absolutely chock-full of birds, including renditions of several of the works we heard earlier in the hour.

The album closes with a modern debut, the ensemble's reconstruction of a "cuckoo concerto," for flute in G major by John Frederick Lampe, a German composer active in 18th century England.  Let's hear two movements from that concerto, an adagio and an allegro.

Two movements from John Frederick Lampe's Concerto for flute in G major, dubbed "the cuckoo," a premiere by the Musicians of the Old Post Road off their 2017 release, "Earthly Baroque."

The writers for this edition of Harmonia was Anne Timberlake.