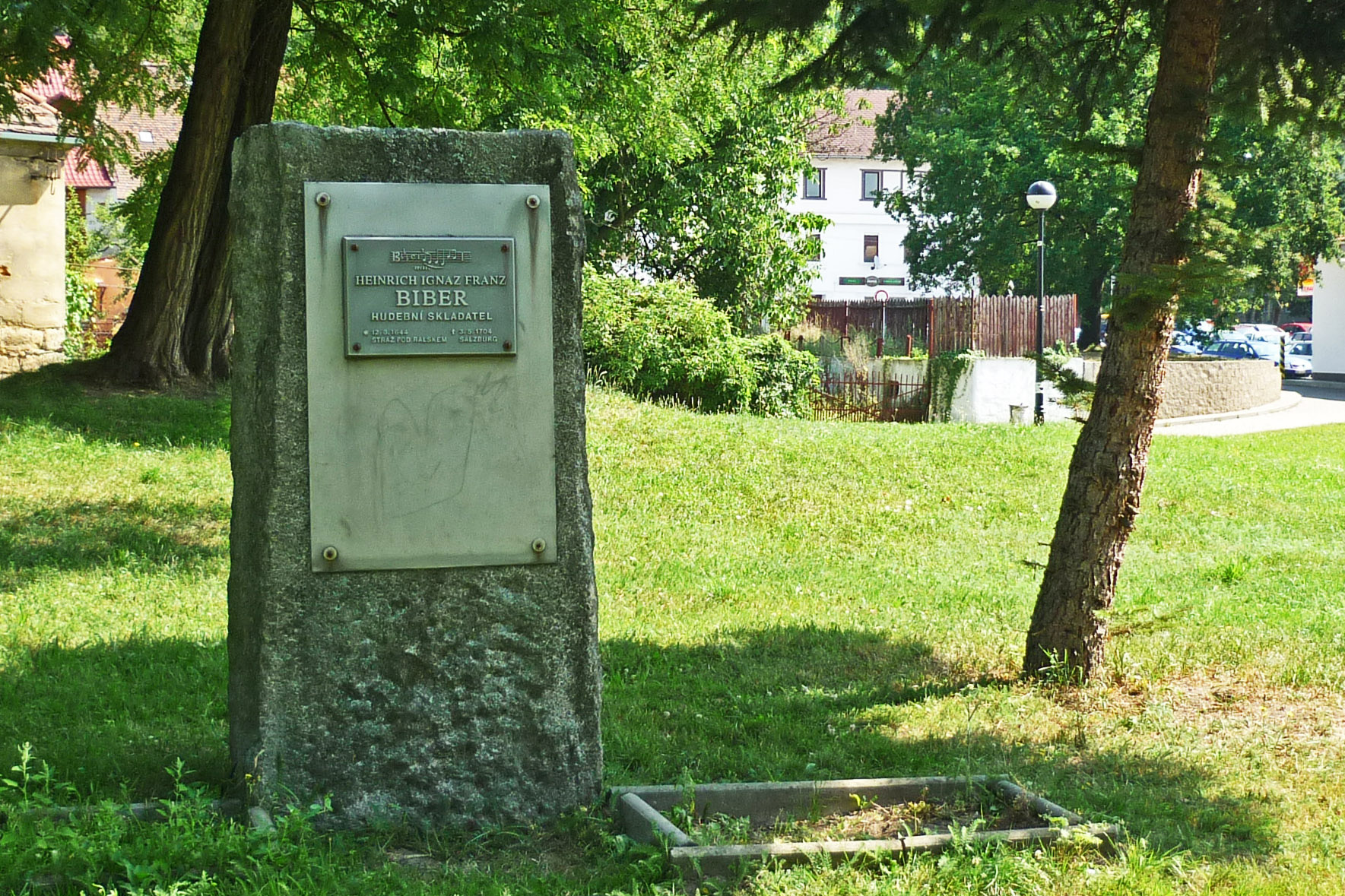 A new release from Concerto Stella Matutina explores music by Biber and Biber—father and son Heinrich and Carl.

Heinrich Ignaz Franz von Biber is more well-known than his son Carl. Heinrich’s music is today especially championed by baroque violinists; most familiar is the scordatura repertory of Heinrich’s virtuosic 17th century “Rosary” or “Mystery” sonatas.  But Heinrich Biber, who was employed by the Bishop Carl Liechtenstein-Castelcorn also wrote a great deal of sacred music. Much of it dates from the time of Heinrich’s service as Capellmeister for the Salzburg Cathedral, an office that his son, Carl, would later also fill.

Much of Heinrich’s sacred music is now regularly performed, and there are multiple recordings of his impressive Missa Salisburgensis for 53 parts in eight separate choirs, and his Requiem in A, among others. However, the three motets performed on Concerto Stella Matutina’s 2017 fra bernardo release have until now, not yet been recorded. Two of these motets—In exitu Israel and Memento—are psalm settings from Heinrich Biber’s 1693 collection, Vesperae Longiores ac Breviores. The third motet, Quasi cedrus exalta, survives in a set of parts from the late 17th century.

Heinrich Biber had 11 children. Carl Biber was the eighth. He was born in 1681, and died in 1749. Wolfgang Amadeus Mozart would be born in Salzburg just a few years later in 1756.

Like his father, Carl was a trained violinist. In 1704, the same year his Dad died, Carl left Salzburg for Italy where he would have heard Corelli’s music in Rome and later Vivaldi’s in Venice, soaking up the newest trends in Italian technique and style. On his return to Salzburg in 1714, Carl served as the deputy Capellmeister in the Salzburg Cathedral, before being promoted to head Capellmeister in 1743. Mozart’s father, Leopold, joined the Salzburg court orchestra that same year. Even from the generation of the elder Biber, the Salzburg Cathedral had a tradition of lavishly scored music that often included rich brass parts for trumpets and trombones. Carl followed suit. His demanding writing for the trumpet can be heard throughout his Missa Resurrectionis Domini.

Carl’s Missa Resurrectionis Domini is one work on this whole disc of first recordings. Much of Carl’s music has yet to be re-discovered even though a large collection is preserved in the Salzburg archdiocesan archive. The other large scale work by Carl Biber featured on this recording is his Requiem. It opens with dotted figures in the strings in the manner of a slow funeral march, and in a musical style that exhibits Carl Biber’s 18th century Rococo style. The same dotted figure appears much more unsettled and at a quicker tempo for the Day of Judgement in the Dies Irae.

Listeners are indebted to Concerto Stella Matutina for bringing a sample of this pre-Mozart Salzburg music of Carl Biber, and his father Heinrich to our ears.