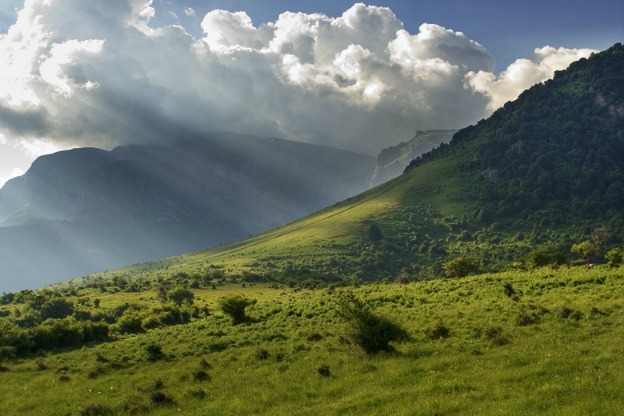 Situated at a geographic and political crossroads, the Balkan Peninsula is both a boundary and a bridge between Western Europe and the East. The area, since ancient times, has been ruled by Greek, Roman, Byzantine, Ottoman and Austro-Hungarian empires and, as such, has been peopled by an amalgamation of pagans, Jews, Muslims, Orthodox Christians, and Catholics. The modern borders that are now drawn in the Balkan region reflect the divisions that have come at a high price following a turbulent legacy of war, prejudice, violence, displacement and ethnic cleansing. Surviving it all: a collective cultural expression, a common heritage of music filtered through regional sounds.

Jordi Savall and the Balkan Spirit

A snapshot, a tiny glimpse into this musical landscape is brought together on a 2013 release from Alia Vox called Balkan Spirit. Jordi Savall and Hesperion XXI join with traditional bands from Macedonia, Serbia and Romania, Hungary, and Turkey, playing music that is neither entirely old, nor entirely new, and that draws on Sephardic or Greek or Gypsy traditions, among others. Alongside Savall's viola da gamba and vielle are instruments like the ney and oud, the cimbalom and fiddle, the kaval and gadulka, the frula, the bracs, and so on-a veritable smorgasbord for the ears.

This recording comes on the heels of Savall's recent recordings: The Spirit of Armenia, Voices of Istanbul, and Mare Nostrum. It's no surprise that Balkan Spirit continues the theme of hope for a dialogue of peace. And it's clear that, for Savall, if anything can achieve that goal, it will be music.