Bach With A Twist, Part 3 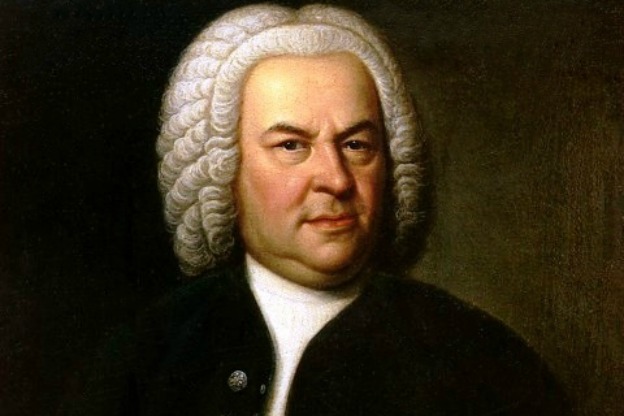 Part three of our podcast mini-series on the music of J.S. Bach featuresÂ a brand new 2013 recording from Les Voix Humaines Consort of Viols of Bach's Art of Fugue as well as a 2011 release from Harmonia Mundi of the same music by the Akademie fur Alte Musik Berlin.

Bach's Die Kunst der Fugue-the Art of Fugue is what you might expect-a collection of fugues Bach composed at the end of his life. Each of the 14 in the set are composed around the same subject.

Given that Bach was himself an organist, it only makes sense that there have been lots of recordings of the Art of Fugue on organ (the Walcha recording comes to mind) but as far as we know, Bach didn't give any specific indication of a particular medium or instruments for the work.

The performers on this recording are Margaret Little who plays pardessus de viole, MÃ©lisande Coriveau playing alto and treble viol, and Felix Deak and Susie Napper on tenor and bass viols respectively. The viols have that organ-like ability to both give distinct entrances and attacks, and to sustain the sound and the long spun out lines of the phrases.

Art of Fugue works very well on a consort of viols. It solves that whole problem of what instrument can play the second line. If you are familiar with Vikram Seth's 1999 novel, An Equal Music, you'll remember that part of its plot revolves around having a special instrument built to play that exact line, which goes below the range of a violin (but not of a treble viol!) and is rather high for a viola (but again, not a treble viol!)

Bach's Art of Fugue can work all sorts of ways. It is not at all clear that Bach was thinking of any particular instrument when he composed the work. Â And listening to the recording by Akadamie fur Alte Musik, you certainly get a range of instruments in a wide variety of configurations, though ne'er a viol in sight! Their recordingÂ certainly gives the music a very different flavor. Â