Bach With A Twist, Part 2 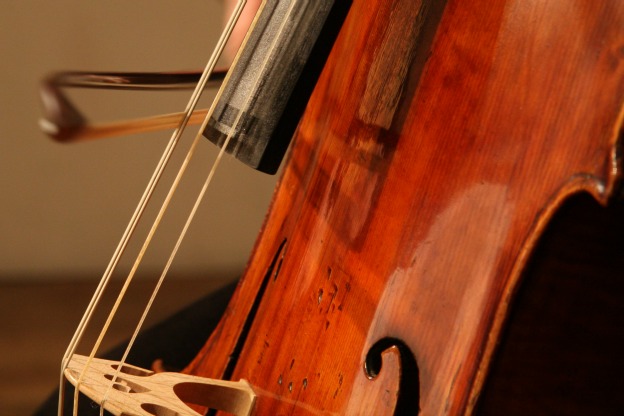 Two recordings of the Bach cello suites, each present a completely different approach:Â Pieter WispelwayÂ performs on a 2012 release from the EPR-Classics label, andÂ Sigiswald KuijkenÂ performs on a 2009 Accent Records release.

Bach's cello suites are almost a rite of passage for cellists whether they play modern cellos or baroque ones. And recordings of the suites are plentiful too. Like the violin sonatas and partitas, a successful performance requires that the player understand the harmony both implied and written into the music. Harmonic motion gives strong hints of how to play the music in terms of phrasing, timing, and articulation. Of course, every performer who records these works offers a special stamp and distinctive interpretation of the pieces, and Kuijiken and Wispelway are no different.

Wispelway performs on this recording with his cello tuned at A=392, a low pitch that is often associated with French baroque music, and isÂ a full tone lower than where modern orchestras perform.Â The precedent for this choice of low pitch for Bach's cello suites is something we won't delve into today, but the effect it has on the music,Â together with a close miking, lends Wispelway's recording a dramatic and earthy sound, full of texture.

This recording is in fact Wispelway's third recording of the cello suites, an indication that even after his first two recordings he still felt he had something new to say.Â In preparing this newest offering, Wispelway worked with John Butt and Laurence Dreyfus, and many of Wispelway's resulting musical decisions are presented in the documentary accompanying this 2-disc set. And, Wispelway may not be finished yet: he made this 3rd recording to celebrate his 50th birthday, but also indicated that 6 recordings for 6 cello suites isn't out of the question!

There are all sorts of interesting things about the recording by Sigiswald Kuijken. His performing pitch on the recording is A=415, but the pitch is less of a main issue in this recording. Â Instead, listeners will be more interested in the very special instrument that Kuijken is playing-aÂ violoncello da spalla, which literally translates as Â "shoulder cello."

The violoncello da spalla, though held more like a violin than a cello, is smaller than what we would think of as a normal sized cello, but larger than a somewhat standard viola Â and held against the body with a leather strap.Â

There is the possibility that Bach may have composed the suites using this shoulder cello, but what version of the cello Bach meant them to be performed on is a question up for much debate! What's more, during Bach's lifetime a standard cello construction was still developing, so that makes it hard to pinpoint Bach's exact intentions for the instrument.

And we mentioned this book: