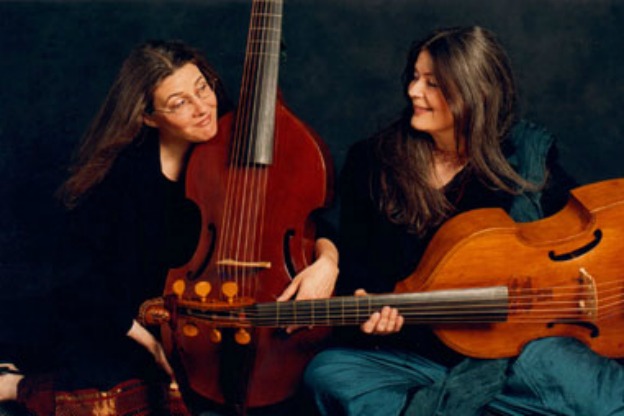 August KÃ¼hnel is a name well known in circles of viol players and enthusiasts. His music is both attractive and influential, but it is perhaps his modest output that has kept him from being a more prominent figure in music history.

KÃ¼hnelÂ was born in 1645 in lower Saxony, and he learned the viol from his father who was also a composer and viol player. Following in his father's footsteps, KÃ¼hnelÂ became a court viol player in Zeitz as a 16 year old teenager-a position he held for the next two decades. But the job didn't seem to tie him down. In 1665,Â KÃ¼hnel traveled to Paris to study, and he later toured Germany and other European cities.

In 1680â€“81, KÃ¼hnelÂ went to Munich, and though offered an appointment, didn't take it, as it would have required him converting to Catholicism. After that, we know thatÂ KÃ¼hnel spent some time in London in 1682 and 1685, but it wasn't until in 1686 that KÃ¼hnel officially left Zeitz for Darmstadt to be an instrumental music director at the invitation of Landgravine Elisabeth Dorothea.

In Darmstadt, French music was all the rage, so it was a good thing that KÃ¼hnel had studied in Paris!

KÃ¼hnel stayed in Darmstadt for 2 years, before moving on first to Weimar and finally settling in Kassel in 1695 as the court Kapellmeister in the service of Charles I.

It was during his tenure in Kassel that KÃ¼hnel put out his one and only publication: the Sonate Ã´ partite for one or two viols.

KÃ¼hnel's style in these pieces defies an easy categorical box. The baroque German-Netherlands virtuoso viol school, with which Kuhnel is associated, had roots in the English division style championed by composers like Christopher Simpson. But as the 17th century progressed, German viol players added to the standard English figurations when they started to imitate the latest virtuoso techniques of Austro-German violinists like Schop and Biber.

Whatever the violin could do-fancy passagework, showy scales, or tricky arpeggiations running up and down the fingerboard-the viol followed suite. And viol players at the time also assimilated ideas from the improvisatory preludes and stylus phantasticus of organists from the north German tradition like Buxtehude. Add to this the growing influence of the French dance suite, and we get a veritable melting pot in KÃ¼hnel's music.

Susie Napper and Margaret Little feature in the ensemble Consort Les Voix Humaine from their 2015 ATMA release. Dedicated to KÃ¼hnel's employer Charles I, the liner notes from Les Voix Humaine's CD indicate that these pieces would have been played as background music in princely dining rooms or as musical entertainment at amateur gatherings.