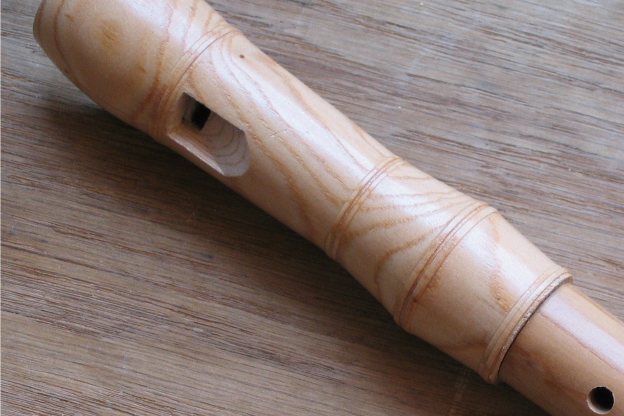 Flute or Violin or Recorder?

These Fantasias were likely originally conceived for transverse flute, though the manuscript, kept in the library of the Brussels Conservatory, very clearly says for “Violino senza basso” on the title page.  While they are certainly playable on the violin, it’s also possible the pieces were mis-titled by the publisher, and that this collection are those solos for flute traversiere to which Telemann refers in his autobiography.

Telemann was one composer who actually did write a lot of music for recorder—chamber music, sonatas, cantatas, concertos...you name it. But one thing we can say fairly certainly is that these fantasias weren’t ever among the pieces he intended for recorder. But recorder players have nevertheless, claimed the fantasias for themselves, popular among players especially since early music pioneer and recorder player Frans Brüggen made these pieces part of his standard rep.

In order to play them, recorder players have to transpose the fantasias so that they fit into the range of their instrument.  Simon Borutzki takes it to the extreme, performing each one of the 12 fantasias on twelve different recorders of various sizes and pitches, and makes and models. His instruments include those pitched in both 415 and 440, altos in F or G and voice-flutes (that is a low alto, or high tenor range instrument) in D.  Some tracks include recorders of the same pitch and key, but made by different instrument makers (among them von Huene, Fred Morgan, Hans Schimmel, Guido Klemisch, Ralf Netsch, Tim Cranmore, Ernst Meyer ) all modern builders who based their instruments on different surviving original instruments by Bressan, Denner, Stanesby and others.

Borutzki’s 12 different instruments gives listeners (espeicially those with devoted ears and good sound systems) lots to listen for in terms of variety of timbre and color. Each instrument exhibits its own personality.