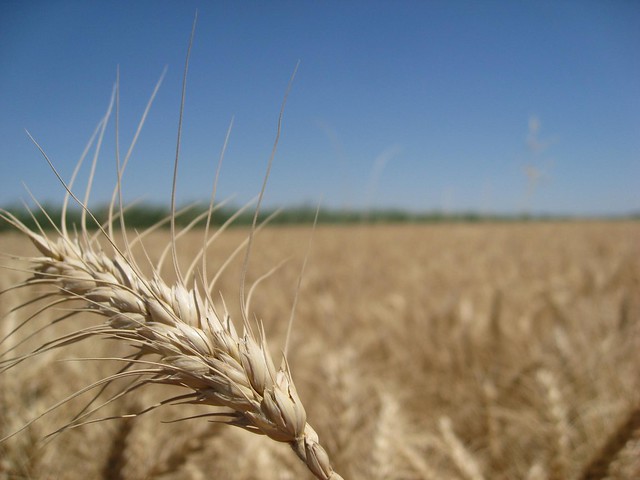 This is the fourth case of genetically modified wheat found in the US. One of the strains found last month - MON 71800 - was also found in eastern Oregon in 2013. (Xuanxu/flickr)

Last month, Roundup-resistant wheat was discovered in a field in Washington state.

This week, the USDA confirmed what many suspected: the wheat strains identified are Monsanto products - namely, genetically modified wheat strains MON 71300 and MON 71800.

It’s the fourth case of genetically modified wheat found in the US. The MON 71800 strain was also found in eastern Oregon in 2013.

The USDA’s Animal and Plant Health Inspection Service (APHIS) maintains there is “no evidence that any GE wheat has entered commerce or is in the food supply,” in an update issued this week.

APHIS also says they will provide a test kit to US trading partners to identify MON 71300 in their supplies.

The Food & Environment Reporting Network (FERN) points out that President Trump signed an executive order last month telling the USDA, FDA and EPA to use their existing powers “to exempt low-risk products of agricultural biotechnology for undue regulation,” including gene-edited crops and livestock.