Raj Patel On The Trouble With Land Ownership 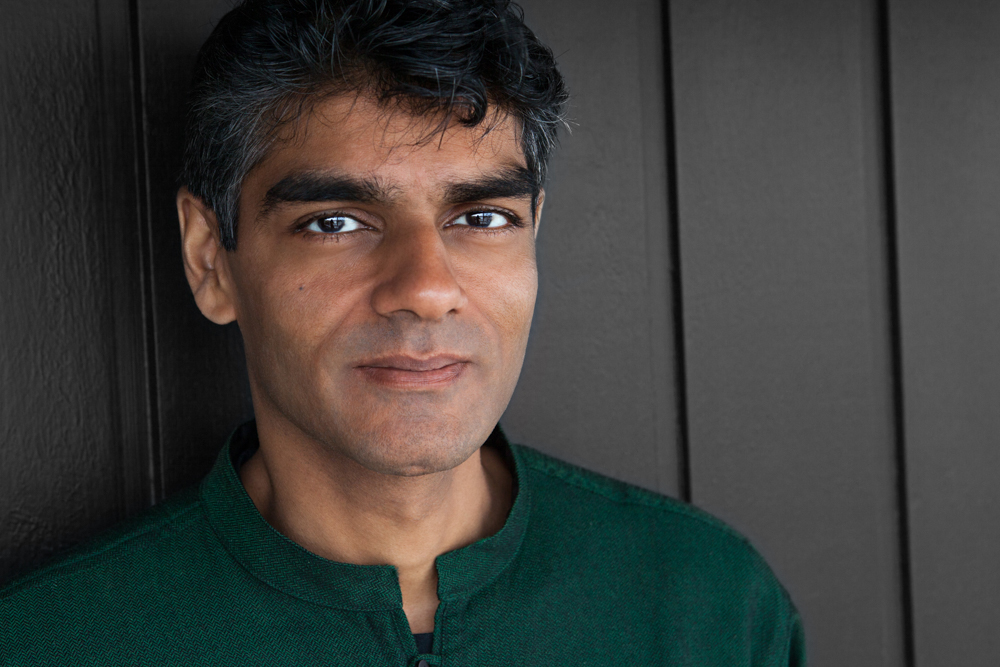 There are ways that we can think about changing our perspective and using our daily rituals of thanks and gratitude to start investigating the land on which we find ourselves.

Raj Patel is an academic, an activist and an author. He's a contributor to the collection Letters to a Young Farmer released in 2017 by Stone Barns Center for Food and Agriculture. He talks with us today about the problematic concept of owning land.

Harvest Public Media has a story on the loss of farmland in the Midwest, and Chef Daniel Orr has a perfect preparation for that great herald of  springtime-- asparagus.

Raj Patel is the author of Stuffed and Starved, The Value of Nothing and most recently The History of the World in Seven Cheap Things. He's a research professor at the Lyndon B. Johnson School of Public Affairs at the University of Texas in Austin.

Earth Eats' contributor Megan Betz spoke with him on Skype about his essay.

This interview has been edited to length and conciseness.

Megan Betz: Your essay in Letters To A Young Farmer was the most powerful essay for me personally and for me as a food studies scholar. What did you bring into that essay? What made you feel like that was the essay you needed to write?

Raj Patel: I think it's important in this moment in world history for us to be able to take a step back and take the long view, particularly when we're prompted by movements like the actions against the Dakota Access Pipeline, for example. The history of the United States is a history of genocide. It's often believed that, 'Obviously that's very sad, but now all the indigenous people are gone and we might as well do the best with the land that we can.' And of course indigenous people are still alive despite the best efforts of the federal government and contemporary historians to write them out. The fights like the one in the Dakota Access Pipeline are a reminder that there's resurgence and power in indigenous people's work and communities that needs to be respected. At the time I was writing this, I was working with a number of indigenous activists and scholars around issues of food. It seemed to me that the bridge between land, farming and what America used to be before it was settled were ideas that could probably do with being brought out in a way that holds all of us accountable.

MB: In the letter, you urge farmers not only to farm but to unearth the history of colonization, of exploitation in our food systems. So, how can farmers or anyone listening go about doing that work?

RP: Part of what I'm hoping for myself as much as everyone else is that we can change the way we move in the world to recognize that the practice of understanding what's beneath our feet is a practice that we need to remember daily. There are ways we can think about changing our perspective, and using our daily rituals of thanks and gratitude to start investigating the land on which we find ourselves. I'm starting to think quite a lot about indigenous people's relationship to the land historically and in a contemporary way. Understanding that can also help us understand the future. So, basically what I'm not trying to do is guilt trip anyone, because guilt is not a very productive emotion. But, anger and a certain kind of rage against past injustice, and also an understanding of what needed to be transformed for the injustices to be carried out -- well, that can be helpful. If you understand how people used to live on the land and the kinds of relationships people had with nature, we can try and reinvent those. We're not going to reenact them, but can reinvent them and draw from them as we look to the future.

MC: That brings me to what I found to be the most powerful part of the essay. At one point you urge the farmer to honor their deed to the land, but also to "burn it, then bury it. If not that, then at least commit something to flame. Privilege perhaps. Supremacy. Entitlement." This hints at some of the previous writing you've done about the commons or commoning. How do you see the commons and land rights fitting into the local or sustainable food movement?

To think that we solve the problem of the food industry's lies by a little bit of intellectual self-defense is to miss the bigger problem; that actually we shouldn't be thinking of defending ourselves, we should be thinking about stopping the attacks.

RP: The idea of the commons was once upon a time an area where people could meet their daily needs for subsistence. Today, when people think about the commons, they're like, 'I know where the commons is. It's the place where the tragedy happens.' People think of the tragedy of the commons, which is a thought experiment of the 1960s. Basically the idea is, imagine we all live in a village and there's a forest around us and nobody owns this forest, and because nobody owns it, everyone will exploit it. The tragedy is that with eyes wide open, driven by nothing more than greed and the absence of property rights, because nobody owns it, we will all just be as greedy as we like and chop everything down and we will saw off the last branch, knowing full well that it will destroy the world, with eyes wide open. The problem is that it never happens -- not at that scale, not in the real world. People are very good at being greedy, but people are also very good at being responsible. We are social animals. The commons is an example of the way that many civilizations have managed land, which is to say without this idea of private property but instead, through a way of collectively deciding that we're going to govern it together and that we're going to restrain ourselves when we need to. When you have the collective governance, you think of the land differently. When you start having these principals of property, you also start to think about the land differently. And if you see yourself as the sole owner of this land, able to do with it as you will, you're going to take a very different relationship than if you see it as something that owns you. If the land is your mother, for example, then you're going to treat it very differently than if it's something that you own like you own a can of soda.

MB: This gets at a really critical, essential piece of the conversation that we're having about food these days. Yours is a very different approach. It's a scaling up compared to a lot of the other conversations that we have. We talk a lot about education of individuals, or improving access for individuals, and that centers a lot on choice. Can you talk about the role of choice in these conversations and the power that comes from transitioning from an individual to a collective perspective?

RP: Choice is, as a number of social scientists are starting to realize and demonstrate experimentally, an illusion. When you go into a supermarket, for example, you're wandering into a temple where you feel like everything is made for you. But in fact, nothing could be further from the truth. When you go into a supermarket, it's one of the most carefully curated laboratories of human experimentation that we've yet to come up with. One of the greatest illusions about the modern food system is that it's filled with choice, and the more that we can realize that we can be happy without choice, and recognize that eating locally and seasonally is a much better way of doing things, is actually fairly liberating. In order for us to have the illusion of choice -- to be able to have a wall of a hundred different kinds of sugar confections that are children's breakfast cereal -- requires such damage to the environment and damage to ourselves. It's worth taking a step back from this idea of saying that, 'All we need is individual-level education and then people can go out and figure things out.' To think that we solve the problem of the food industry's lies by a little bit of intellectual self-defense is to miss the bigger problem; that actually we shouldn't be thinking of defending ourselves, we should be thinking about stopping the attacks. And that means moving away from this world of abundant consumer choice and instead corralling the food industry's power over us, by thinking much more not in terms of, 'We want this in our food rather than that,' and thinking much more about, 'We want to control this and this and this about our food system,' and if food corporations get in the way, then they don't belong in that system.

NOTE: The original post and podcast of this interview was put together by Annie Corrigan, and it first aired on Earth Eats June 16, 2017

When Farmland Gives Way To Development

One county in eastern Kentucky will soon add jobs and produce to their community.

A report from the Union of Concern Scientists warns that Agriculture Secretary Sonny Perdue’s deregulation and attacks on science threaten to do permanent harm to the USDA.