Using What You've Got: Permaculture And Rain Barrels 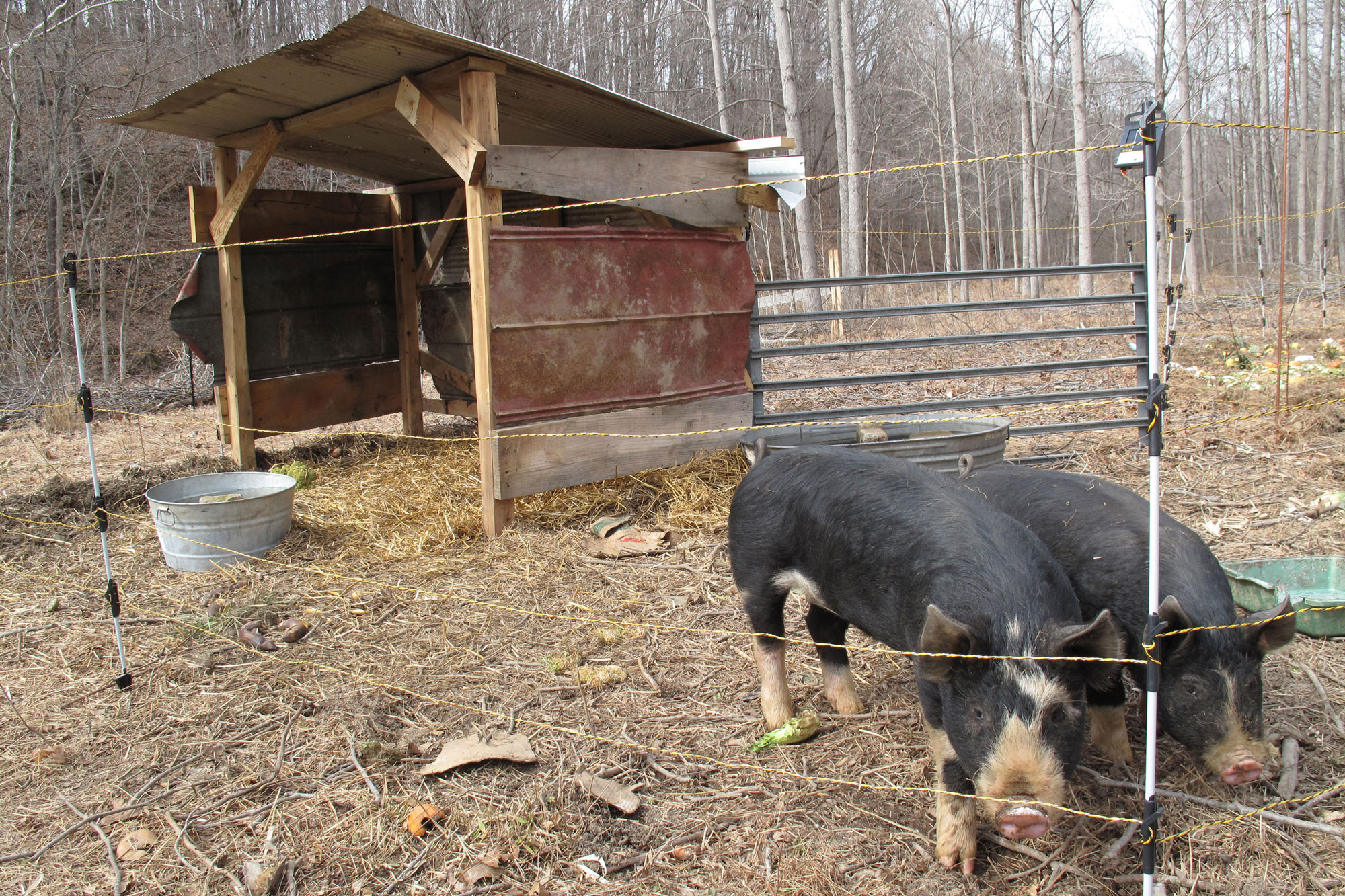 I'm Only Happy When It Rains

Steven Janowiecki has gardening in his blood. In fact, a few weeks after he bought his house in Bloomington, Indiana, the first improvement he made was to build raised beds for his garden.

The next step was to find an easy way to water his garden. One thing southern Indiana has an abundance of in the spring is rain water. (The state was drenched with over nine inches of precipitation in the month of April.) It seemed natural to him to try to harness this resource.

So, this Indiana University astronomy graduate student purchased six, 55 gallon rain barrels for $5 each, constructed wooden frames to hold them four feet above ground, "and then just played with PVC pipe until it worked!"

This experiment in elementary engineering has resulted in a watering system for his garden that takes only five minutes to execute. Not only that, he has rigged the rain barrels to fill his toilet.

Permaculture is the idea of fostering relationships among humans, plants, animals, and soil so that they can all work together in the most productive way possible.

You can implement the broad concept of permaculture any number of ways. One way is to rebuild damaged soil layer by layer by injecting it with stuff you'd usually put in your compost pile or the trash, like food scraps, newspapers, and garden waste.

"What I'm doing is really re-making the soil and giving it a chance to have its own growth," says Mary Lu Orr. She's digging a trench in a portion of her garden dedicated to this project and folding in junk mail and kitchen scraps. "And then the plants have enough nitrogen and enough various minerals to make the good enzymes that do the stuff the plants need to keep them healthy."

It's all about trying to work with what you have and trying to recycle as much of the resources you can, but it takes a lot of design. It's very artistic and that's what's really fun about it to me. You always have to look for ways to make connections and find relationships between all living things, because what's good for the trees is inherently going to be good for us and the animals as well.

Edible landscape designer Salem Willard calls permaculture his gospel. After getting turned on to the idea of local food and sustainable agriculture while living in Japan, he moved to Bloomington, Indiana and purchased a 6,000 square foot plot of virtual wilderness surrounded by the Hoosier National Forest to transform into a farm with crops and animals and a homestead.

He cleared out a few trees to make room for his future garden. It may seem counter-intuitive for a farmer who claims to be so connected to the earth to cut down trees, but Willard says this is actually exactly what needed to happen. "It's a lot worse to have a lot of weak trees competing for sunlight and then have none of them thrive, whereas I think it takes a little bit of guidance on the human part to push things in good direction and keep them there."

The chopped logs are now being reused to protect the borders of his land from soil erosion.

He is also getting multiple uses out of the two Berkshire hogs, Pele and Dog. As they roam around the property, they eat the compostable items strewn around the location of the future garden. (Judging by what has gone uneaten, they don't seem to be very fond of the oranges or pineapple tops!)

In doing this, they serve as tillers and fertilizers. This saves him from having to buy a machine and the gasoline to run the machine, which Willard says would just be a waste of energy. "Whereas with animals, if you keep animals nearby and you're recycling those resources, you're always reproducing and regenerating wealth instead of throwing it away."

More: But, the most elaborate part of his plan is to eventual build a chicken moat to house upwards of 50 ducks and chickens. Stayed tuned to upcoming episodes of Earth Eats to learn about what it takes to raise chickens.