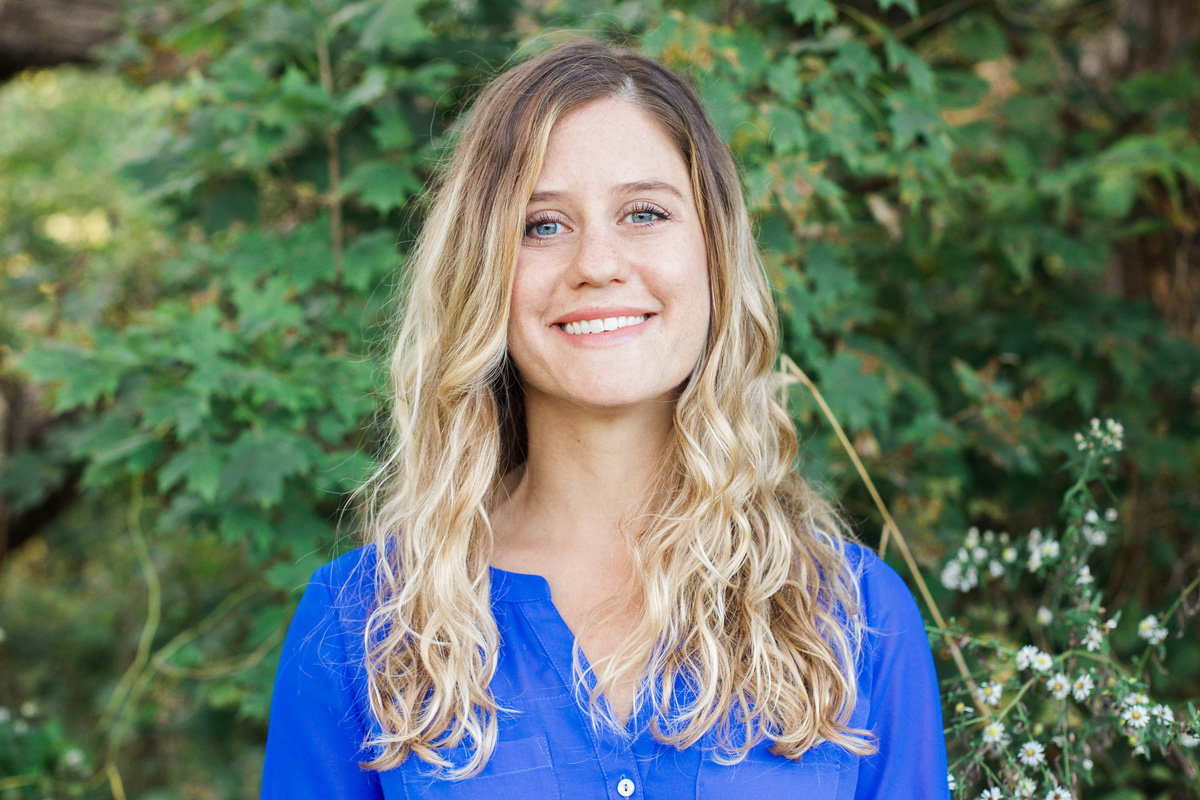 Dr. Katy Kopp MillerÂ is a clinical psychologist with a specialty inÂ eating disorders. She works with people age 13 and older who are receiving treatment for, or are in recovery from an eating disorder.

Leigh Bush and Maddie Chera of the Indiana University Food InstituteÂ have a professional interest in food -- in restaurant culture and the community we make around food. In this week's show, Dr. Miller offers a different way of looking at our 21st-century world of food.

ThisÂ conversationÂ has been edited for clarity and conciseness.

Maddie Chera: Healthy behavior -- eating and exercising -- is so pervasive in our culture. How does one know whether they're within the bounds of a healthy attitude toward those things, or whether they should look out for help?

Leigh Bush: Especially since all women have concerns about their bodies. It just seems pretty natural in our culture to think about our body image on a semi-regular basis.

Katy Kopp Miller:Â I think of body image on a continuum. On the one end, you have body positivity. You feel good about your body. You're confident. You own it. And then on the other end you have body disparagement. Then in between, you have various grades of body dissatisfaction or negative body image. In the U.S., it's common for women to have mild body dissatisfaction. It's brief, it's fleeting. Maybe it comes up from time to time. It doesn't ruin your day or it doesn't really drive your day-to-day behaviors. For someone with an eating disorder, they're more on that body disparagement of that continuum. They feel repulsed by their body; they feel disgusted by their body; and, it really drives behavior. It drives those restricting behaviors or those over-exercising behaviors. And then in terms of the behaviors themselves, with eating or exercising, really looking at the function and dysfunction of it. Is there a sense of well-being in that person's life? Are they able to function while at work or in relationships? Versus, is this the center of their life? Is it dysfunctional? Is it really impacting relationships? There's a degree of obsessiveness and rigidity that's not there with someone who doesn't have an eating disorder. With someone with an eating disorder, food is everything because body shape and size is everything, and your ability to control your body shape and size is everything.

Chera:Â I sometimes wonder because food is the center of our world to some extent. Do you know or have you observed any difference between people who are just really into food and overlap with eating disorders?

Bush:Â What do you think about the technologies that have come up relating to body weight management? I feel like it's very socially acceptable these days for everyone to have a watch on that tells you exactly how much exercise you've gotten in a day, and along with that, you can record your calories and you can compare all day long. Do you have an opinion about this?

Miller:Â Oh, I do. Fitbits and Myfitnesspal, they are like the bane of my existence professionally. For people with eating disorders, those apps can really facilitate restricting and overexercising and measuring. It's hard for them to use that in an appropriate, reasonable, functional way. For some people, you might be able to use that in a functional way and it's fine. But for someone with an eating disorder it's much more likely to be triggering and to be taken to this very obsessive, rigid, perfectionistic place. Now, there are other apps. There's the Rise Up app, which is for people in recovery. It's a way to log your food that has nothing to do with calories or amounts, and then it has kind of inspirational messages that are imbedded in the app, so there can be positive uses of technology.

Chera:Â It seems like technology, too, is implicated in a bit of a generation gap that might be part of the dynamic between parents and adolescents. We were talking earlier about the thigh gap phenomenon, and how a lot of people in the older generation kind of miss some of these trends, or things that are influencing young people and how they think about their bodies and their activities.

Miller:Â You're right. There are trends in bodies.

Bush:Â What is the thigh gap exactly?

Miller:Â The thigh gap is where the thighs don't touch. So, the person stands with their legs together and their thighs aren't touching.

Bush:Â Which is rare, is it not, for a woman?

Miller: Exactly. The other piece I've noticed... In the '90s, there was the heroin chic of being very, very thin and gaunt. And now there's a movement toward women being strong, and strong is the new skinny. That can also be another version of an unattainable standard.

Bush:Â We're focus on food here at Earth Eats and the Indiana University Food Institute. Eating out and restaurant culture is often times a big part of being adolescent, but especially as you start to live on your own. Is there any way that eating disorders interact with that culture of eating out?

Miller:Â Yes, that isÂ such a common piece of work with someone moving into recovery; that it's very difficult to spontaneously go out and get ice cream with friends, or go grab dinner with friends. Or if they don't know what restaurant it's going to be and what the menu's going to look like. So, I'll often work with people who will look up the menu ahead of time and really figure out what they're going to eat. There are some social situations where that's not possible, and that can feel very triggering and anxiety provoking, and that can lead the person to cancel on plans, or to not make plans centered around food, which can lead to social withdraw because a huge part of socializing in our culture is around food. A piece of work in recovery is practicing that flexibility of being able to walk into a restaurant and not knowing what's on the menu and then order something and eat it; or being able to grab ice cream with friends. Because it really limits your participation in community when you're not able to do that.

Rural voters overwhelmingly chose President Donald Trump, but when it comes to the central campaign promise to get tough on trade, rural voters are not necessarily in sync with the administration.

Fighting sex trafficking is a challenge throughout Nebraska. A recent report described the services landscape for trafficking victims in Nebraska as "bleak."