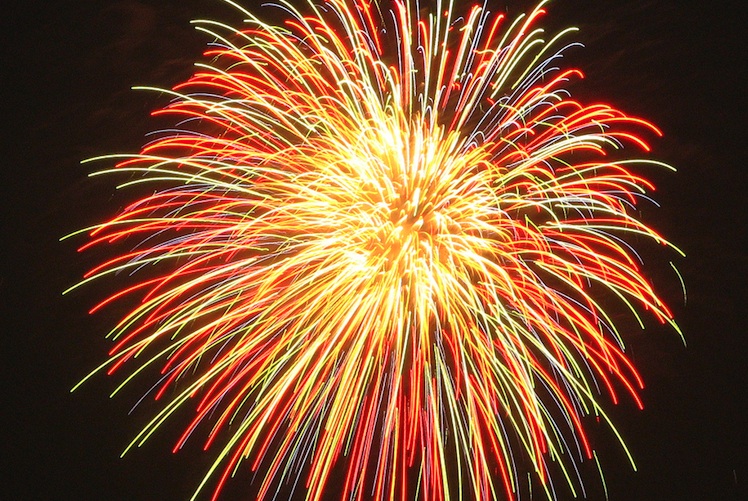 As vegetarians and vegans already know, foregoing burgers and hotdogs on the Fourth of July really isn't that difficult. But despite trends in recent years of declining domestic meat consumption, America is still very much a country of proud carnivores, consuming some 276 pounds per capita per year.

This means there can be a lot of pressure to have a meaty grill-fest.

Last year, Independence Day and Meatless Monday coincided, and scores of alternative recipes hit the internet. Here are four particularly good ones you'll want to try whether you identify as a vegetarian or not.

She starts by creating her own seitan and baking it in the oven and then finishes on the grill. You'll need your favorite sauce, of course, or you can try one of her homemade versions, like the South Carolina Golden Mustard Barbecue Sauce.

What would a barbecue be without potato salad? This version gets its "blue" from blue cheese.

Okay, so fried anything may not be the healthiest option, but what better way to make use of green tomatoes than to coat them in bread crumbs and corn meal and bathe them in oil?

This one's a good side dish if you aren't near a grill.

You're going to need something refreshing to accompany your meatless barbecue. Classic lemonade gets a sweet and refreshing kick from ripe strawberries and fresh mint in this version of a summertime favorite.