Gleaning For the Food Bank and Making Bagna Cauda 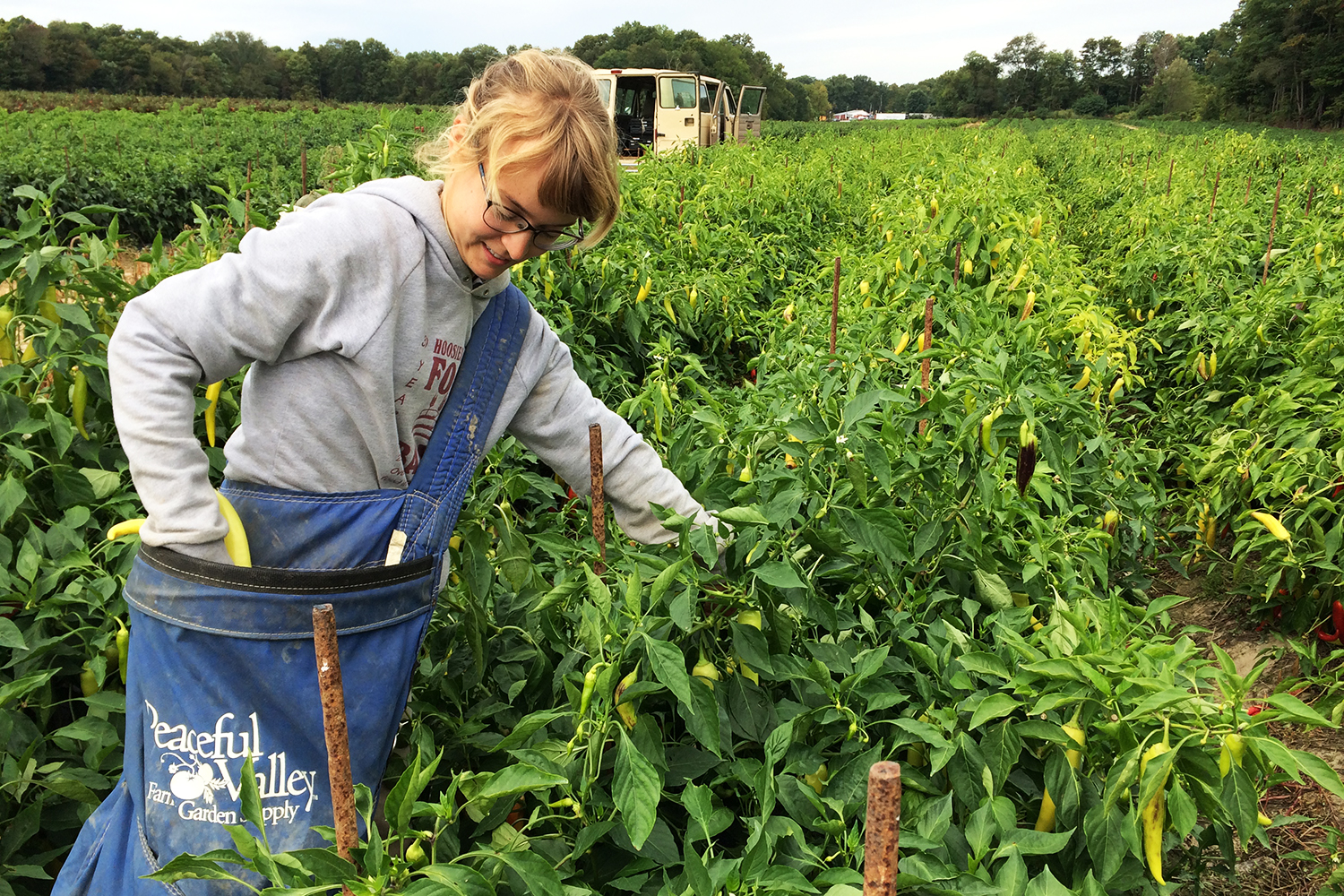 Today on our show we head out to a farm in South Central Indiana to glean some peppers with the Hoosier Hills Food Bank.

The Hoosier Hills Food Bank in Bloomington Indiana serves as a distribution point for food pantries and soup kitchens in a 6 county region.

Before I started producing earth eats, I worked at the largest of those food pantries, Mother Hubbard's Cupboard. Our focus was healthy food, and we brought in as much fresh produce as possible. It was my job to share simple ways to prepare vegetables like rainbow chard and zucchini.

So often what you find in food pantries are picked over fruits and vegetables, food that's been shipped from far away, and then sat on the shelves too long.

It was great when we'd get pallets full of beautiful, local produce--greens that I knew had just been harvested. It felt good to share top-notch produce with folks who were used to settling for lower quality or rescued food.

We got that kind of food because of the Hoosier Hills Food Bank's Garden and Gleaning program.

They have their own garden, which is more like a small farm, where they grow rows of vegetables from March through October. They also take volunteer crews out to local farms to glean produce from the fields.

Sara Swan is the food bank's Garden and Gleaning Coordinator. I met her and a group of volunteers out at Harriman Farms in Spencer, Indiana. I wanted to see what gleaning looks like, on the ground.

Later in the show we spend some time in the kitchen with Italian Food Historian, Simone Cinotto, making an historic sauce served with seasonal vegetables.

This traditional sauce from Italy is not served over pasta. Instead, it's a hot dip for a variety of seasonal vegetables.

Companies in the US ad UK have found ways to recycle grains wasted to make bread and beer.

As Climate Changes, So Does Quality Of Food

Plants are absorbing more carbon dioxide from the air, increasing both the process of photosynthesis and levels of glucose found in their products.