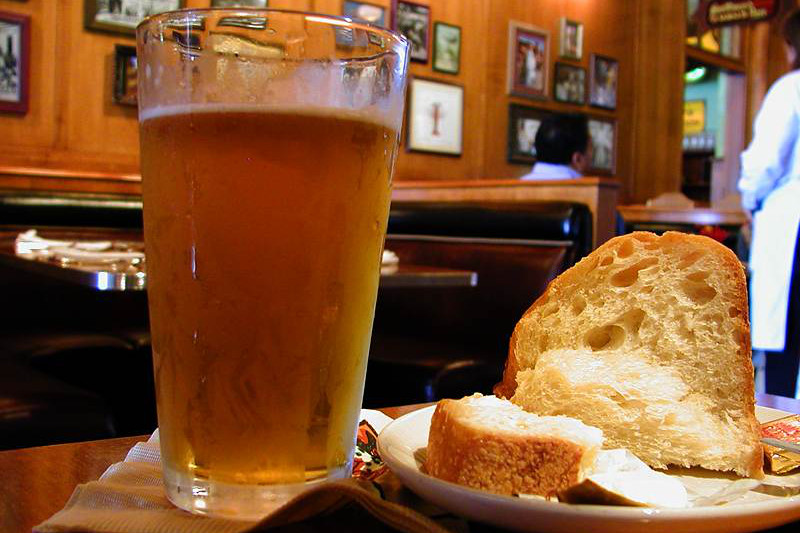 The US Department of Agriculture estimates between 18 and 19 billion pounds of grain products are wasted annually at retail outlets and at homes.

About 40 percent of that loss is at the retail level.

A study in the UK found that 34 to 44 percent of all the country's bread is wasted.

Two of the country's favorite grain products, bread and beer, generate high amounts of waste. Bread has a short shelf life and much of the grain used for beer is stewed and discarded.

To help tackle the problem, the Chelsea Brewing Company in New York has started brewing beer from bread, copying a version made in the UK that is based on an ancient Babylonian recipe.

The New York brewers have partnered with a local bakery, Bread Alone, which donated cubed and frozen surplus bread. The grain stew, or wort, used to make "Toast" beer is about 40 percent bread.

The company estimates each batch saves 500 pounds of bread from going to landfills.

Meanwhile, other companies are looking at how to reuse spent grains from beer brewing.

Spent grains from beer brewing are often used for animal feed, compost or fertilizer. But with small microbreweries, distributing that waste to farms is much harder to pull off.

The company is working with the USDAÂ to expand its production and search for new upcycled grain products.