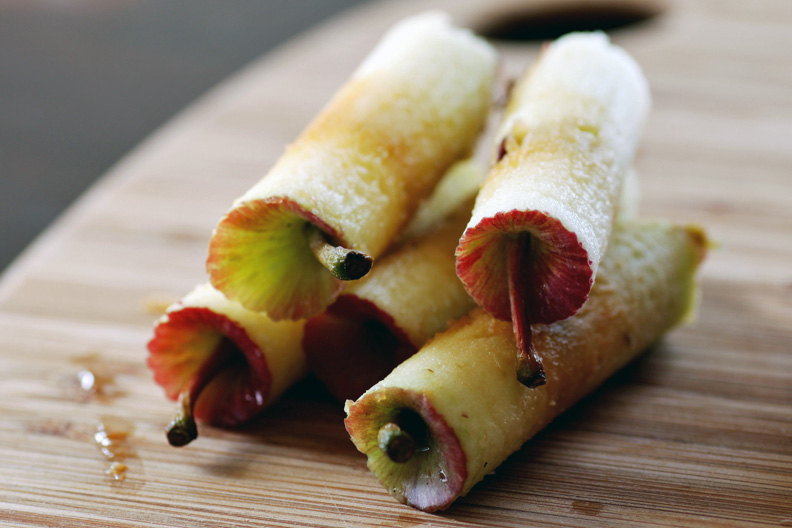 Writing a book about food waste, tends to make most dinner parties a bit awkward, but that's just the cost of doing business I suppose.

He says we've lost some of our traditional foodways, like re-purposing leftovers, preserving foods and even knowing when foods have actually gone bad. Bloom is the author of American Wasteland: How America Throws Away Nearly Half of Its Food (and What We Can Do About It). He'll also talk about what bugs him most about shopping at grocery stores.

In the spirit of eating the whole animal, Luke Runyon brings us a story about Rocky Mountain oysters.

Then, we'll cook a couple soup recipes with Chef Daniel Orr to make good use of your Thanksgiving leftovers.

And, feral swine have been reported in a majority of states. Federal officials estimate they're responsible for hundreds of millions of dollars in damage to crops each year:

We were probably somewhat naïve from the standpoint that we thought we will just let people shoot them 365 days a year there's no license required and we figured a couple deer seasons we'll get rid of them … but it didn't work.

Now federal dollars are being pumped into Indiana in an effort to eradicate the population.

Organic Board Says No To Additive, Tables Hydroponics

The top advisory board on organic standards has decided that products with “USDA Organic” label can no longer contain carrageenan.

Wild pigs are an invasive species first introduced to Indiana in the late 1980s. They're blamed for millions of dollars in damage to crops each year.