Cultivating Mushrooms The Easy Way And The Hard Way 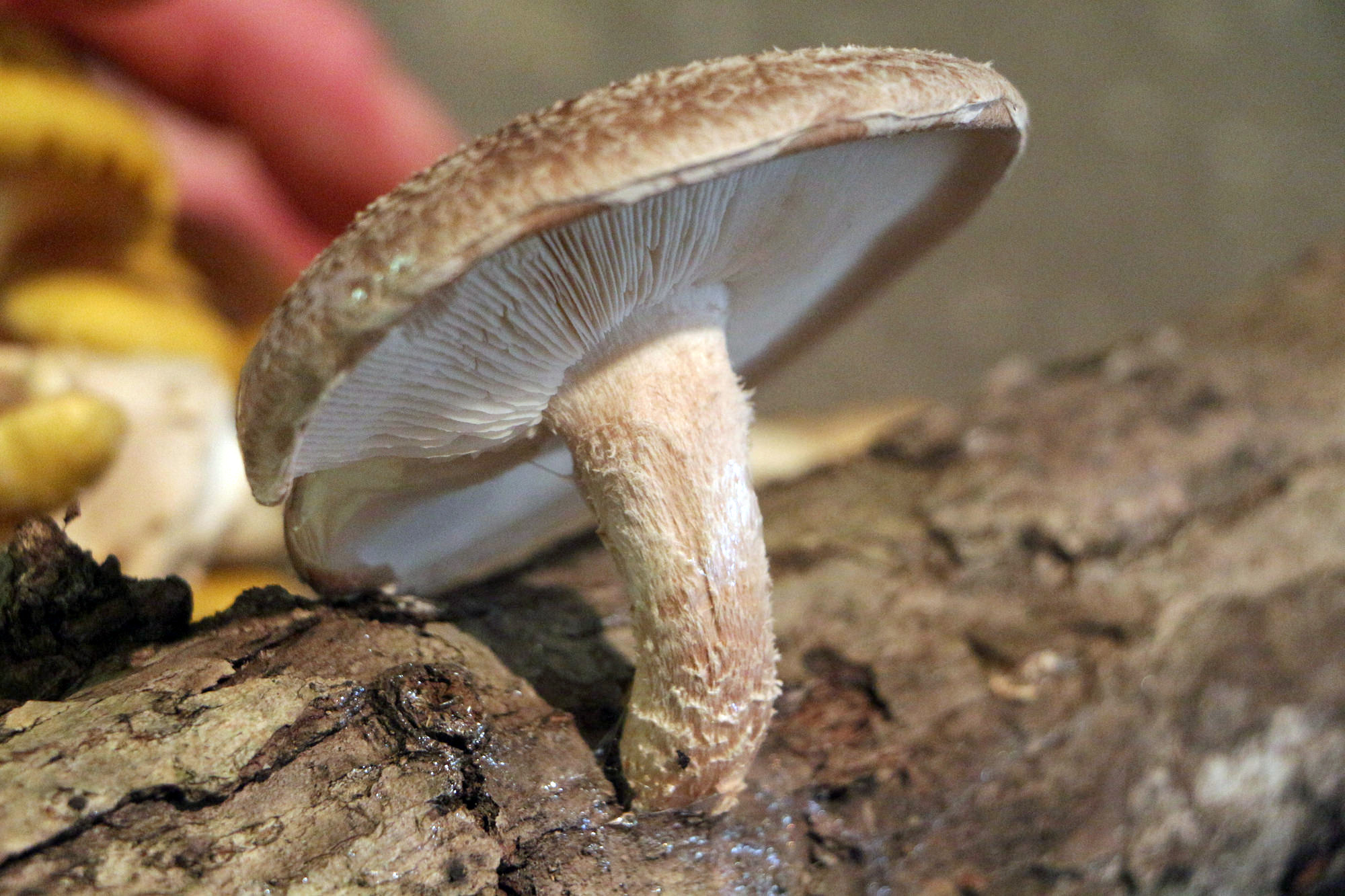 Daniel Orr has 60 shiitake logs at his cabin in southern Indiana. "It’s quite an impressive little fence row that goes down through one of my valleys," he says. This particular log is sprouting a couple perfect mushrooms and a couple gigantic shiitakes that will probably go straight to the compost.

You can buy a shiitake log already inoculated, or you could do what Daniel did and inoculate it yourself.

You want to use a log that has been cut fresh. Then what you do is drill holes and put in your shiitake spawn, and then it’s sealed with a vegan wax. Then you let it sit out and get wet and dry and wet and dry, and usually in about a year you get mushrooms. There are things you can do to speed up the process. You can soak the logs in water. You can also put them in a freezer to simulate the cold nights. That way you can keep your mushroom patch going year round.

This isn’t foolproof by any means. Dangerous mushrooms could attach to your log, so before you dig into this project, check out this how-to.

Daniel is cultivating mushrooms just for fun. He could never grow enough to supply his restaurant. That’s where Darin Kelly and Good Life Farms come in.

Mushrooms are finicky. Kelly dropped a bunch of money on equipment to keep the fungi happy. "Air temperature. Air movement. They all have to be in insulated rooms. Everything needs a cooling unit," he says. "There’s about 20 steps to the process of getting it to the point of delivering something yummy to everyone."

Good Life Farms started their hydroponics operation ten years ago. In those first days, they sold products in Terre Haute. They kept growing more and more greens, so that gave them the confidence to seek out additional customers. These days, they supply eight restaurants and a couple grocery stores around southern Indiana.

Before they took the plunge into the mushroom business, they surveyed their customers and found that, yes, there was a market for locally-grown mushrooms. "So it’s a matter of trying to get good at it, which we’re still working at," he says.

So far so good. Since pulling their first crop in April, they’ve sold around 600 packages of mushrooms a week. That’s addition to the nearly 100,000 heads of greens that are harvested from the other part of Good Life Farms every year.

Researchers at the Land Institute are still working on a new way of farming that mirrors natural, sustainable ecosystems and remains profitable for farmers.

Eat Or Be Eaten: How ‘Big Ag’ Came To Be

The consequences of corporate changes will reach nearly every American’s dinner table. To understand the significance, you have to go back a century to look at how the industry got to where it is today.

Farro makes a great substitute for rice in a risotto. Cook it ahead and this recipe whips up in no time.