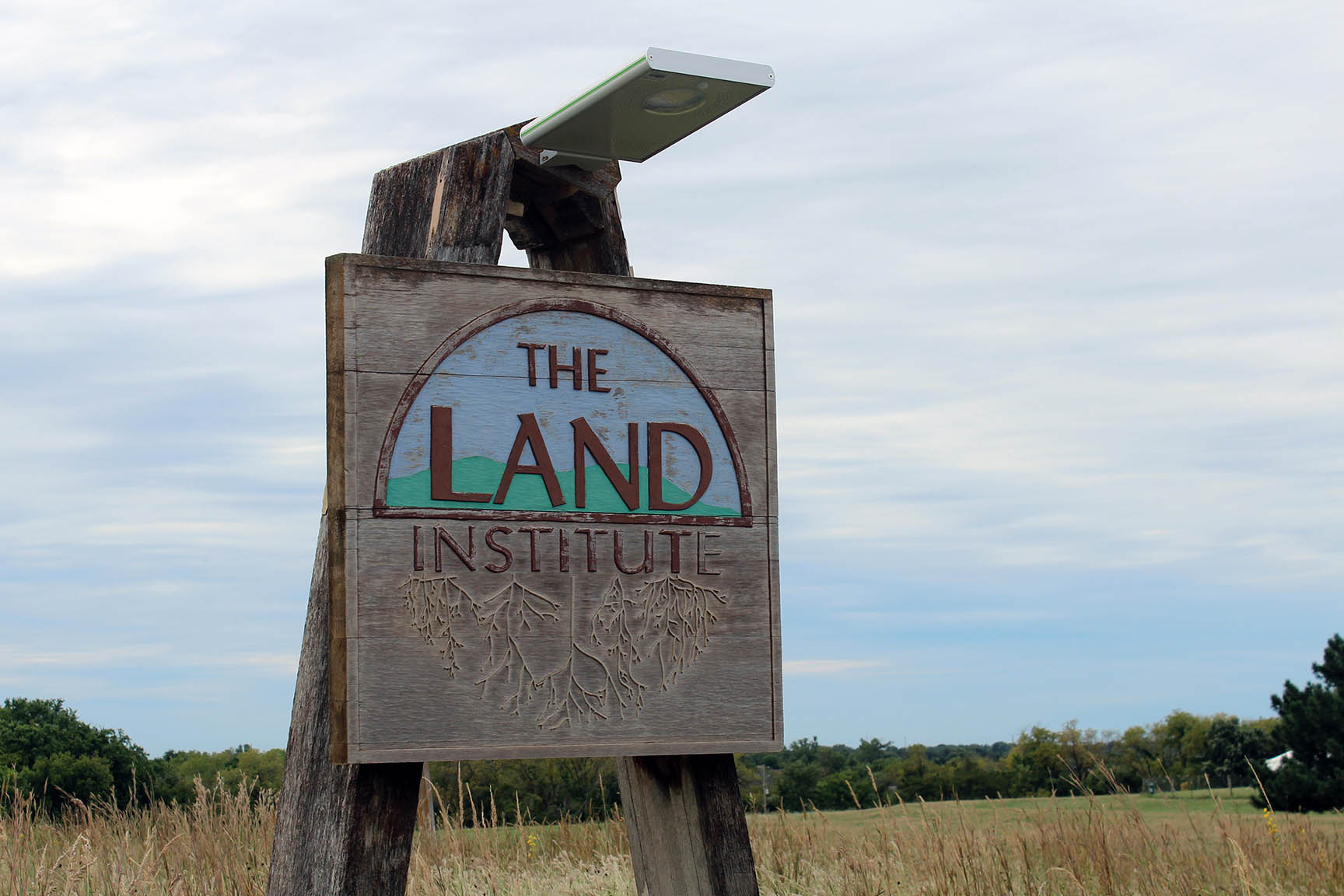 Nestled among acres of wheat fields and rows of corn, the Land Institute of Salina, Kansas, may seem an unlikely Mecca for environmental activists. After decades of leading the charge to develop alternative ways of raising grain, the facility still attracts crowds hunting for hunting for sustainable agricultural solutions.

Now, the leader and founder of the Land Institute, Wes Jackson, is stepping down, leaving the research facility to continue hunting for a breakthrough in sustainable agriculture without its original driving force.

The Land Institute started with a bold idea: that farming took a serious wrong turn 10,000 years ago. Traditional farming breaks up the soil, causes run-off and depletes nutrients. For major crops, most farmers now practice what's called "no-till farming," which saves them from turning the soil every year, but requires lots of chemical inputs.

Researchers at the Land Institute are still working on the gold standard: a new way of farming that mirrors natural, sustainable ecosystems and remains profitable for farmers.

Jon Piper, a Biology professor at Bethel College in North Newton, Kansas, says scientists are trying to cultivate an agricultural system that works more like the prairie.

The central premise is to try to develop a form of agriculture that would be based on perennial plants, so you can retain all these soil-preserving, soil-protecting aspects of the ecosystem.

"The central premise is to try to develop a form of agriculture that would be based on perennial plants," Piper says, "so you can retain all these soil-preserving, soil-protecting aspects of the ecosystem."

The food system today is built on crops farmers have to transform the landscape to plant every year, like corn and soybeans. But Jackson set out to find a system with less ecological impact. Decades of research has yet to yield a solution. But while the idea of growing perennial grains seemed farfetched at first, Jackson says decades of research has moved slowly toward convincing farmers that it could be possible.

With solid, steady funding and the growing appeal of perennial crops, Jackson says the institute has landed top scientists and its spread its research far and wide.

"We're on five continents, now," Jackson says. "All the way from Sweden to Uganda, Australia to Canada, India. This stuff is out there."

One of the institute's pet projects, Kernza, is currently on the market. A perennial variety of wheat, it was recently developed into a commercially available beer by an off-shoot of the Patagonia adventure equipment company. The Washington Post calls Kernza "something of a dream come true for the academics who have long evangelized perennial grains."

Researcher Fred Iutzi, who is taking over the reins for the retiring Jackson, says the Land Institute and the ideas it champions are entering a new phase in their development.

"It's the organization kind of graduating into full-fledged movement status," Iutzi says, "no longer just a lone voice in the wilderness. No longer just one man's big vision."

Iutzi, who grew up on a farm in Illinois and was a postdoctoral fellow at the Land Institute, takes the helm in Salina after managing the Institute for Rural Affairs at Western Illinois University.

"My natural instinct is to make sure that there's good sense emerging from the room that I'm in," Iutzi says. "And I try to play whatever role is missing in the room, in order to make that happen."

While it remains a center for environmentally minded activists, the Land Institute has progressed into a role it wasn't equipped for in the early years, Iutzi says. Fine-grain genetic research and the ability to crunch enormous amounts of data will accelerate new plant development.