CSPI To Disney: No More Characters On Candy 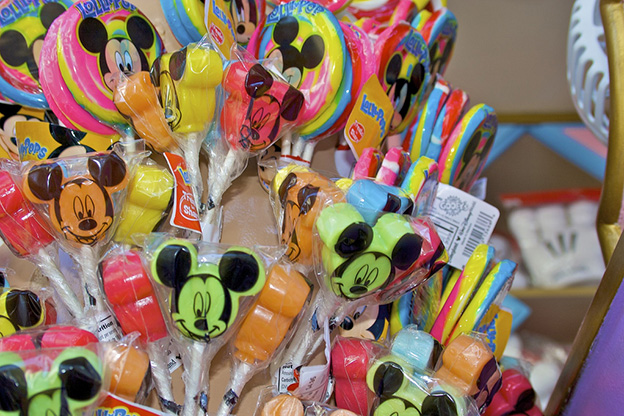 Are there Disney characters on your Halloween treats? There shouldn't be, says the Center for Science in the Public Interest (CSPI).

While 85 percent of Disney's licensed food does meet nutritional standards based on the government'sÂ Dietary Guidelines for Americans, an open letter from the CSPI argues the company can and should do more.

In defense of its decision to keep characters on candy, Disney released a statement to the Los Angeles Times, stating that the company reserves a "mere 15 percent" for treats associated with special occasions, like Halloween or birthdays.

As all Americans know, Halloween is just the beginning of a holiday-themed sugar roller coaster featuring sweets like Disney's Mickey Mouse Mallow Pops. Shortly after the October coma has subsided, the Christmas season arrives, followed by Valentine's Day, and then it's Easter.

Suddenly, Disney's "special occasion" exemption looks quite generous -- too generous according to the CSPI.

CSPI suggests that Disney offer children more nutritive treats like nuts, or non-food items like pencils emblazoned with images of Mickey, Minnie and the gang.