From Bees To Honey To Mead 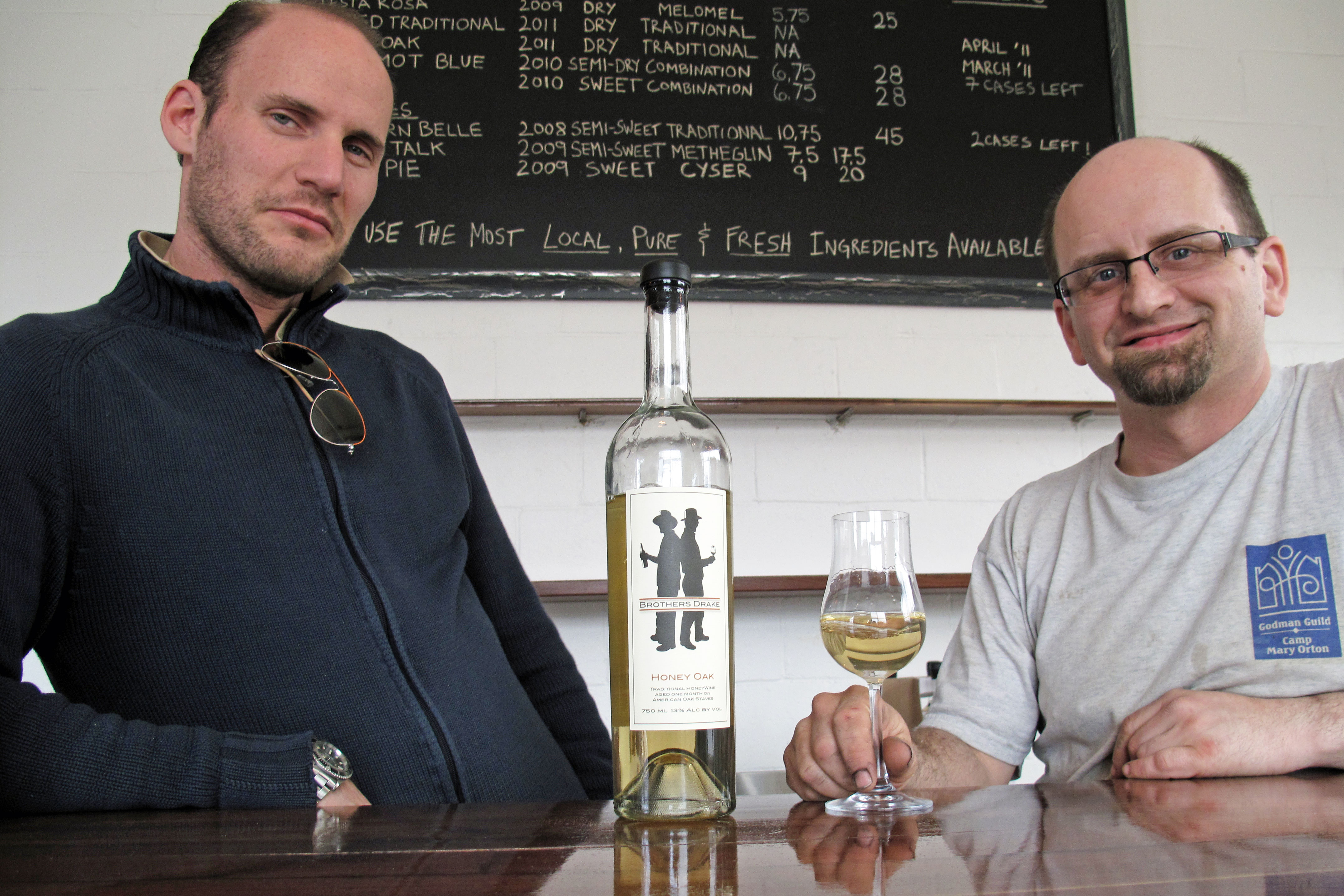 Bees Feel The Sting Of Pesticides

Beginning in the fall of 2006, some beekeepers began reporting losses of as much as 90 percent of their hives - the bees simply disappeared.

That's a big concern because these vital insects pollinate as much as one-third of all the food we eat.

Some researchers suspect part of the problem is a relatively new class of pesticides called neonicotinoids (neonics) that we're using on food crops and in gardens and parks. Insecticides are meant to kill pests after all, but the key question is: Could residue in pollen and nectar be hurting bees?

More: Find out more about how pesticides might be hurting bees through here.

The folks at Brothers Drake in Columbus, Ohio are especially invested in the health of bees to make their business run. They make mead, which is fermented honey and water.

They have been providing honey wine to central Ohio since 2008, and they just recently moved to a new 3,000 square foot facility in the Weinland Park neighborhood.

Their philosophy is to use local ingredients and to sell to local people. So don't ask them to ship mead anywhere outside the city of Columbus because they just won't do it.

Variety Is The Spice Of Life

Their meads are made with everything from orange peels to lavender, and with spices like cinnamon, nutmeg, and cloves for their Apple Pie mead.

But first things first, there are five different types of mead made at Brothers Drake. Your basic variety is made with only honey, water, and yeast. For metheglin, you add spices. Melomel is where you add fruits. A combination mead is a metheglin/melomel hybrid where you add spices and fruits. And finally, a Cyser is where they use apple cider instead of water.

"Most if not all the customers that walk in who don't have experience expect mead to be very sweet, syrupy almost," says Woody Drake, a mead maker. He poured a sample of a melomel, the Testa Rossa, to show that not all meads are sweet. It's a dry mead made with red raspberries and wild flower honey. He advises his customers to pair this mead with spicy foods like curry and barbecue.

The combination mead Bergamot Blue is perfect for pairing with meat or something heavy like lasagna. It's a beautiful copper color, thanks to the blueberries. "This mead is getting better every time I taste it," comments General Manager Oron Benary.

In fact, all meads age well. It ages rapidly in the first five years, and then after that, it matures slowly year by year. It also keeps for up to a week after the bottle has been opened.

Their Honey Oak variety is made with Tupelo honey and aged for one month in American oak barrels. "This is the one that's going to make Chardonnay jealous," says Drake.

Moving into the sweeter varieties, the VO is a melomel made with vanilla beans and orange peels. It's fermented with South African Rooibos Tea for an extra punch.

Finally, the Apple Pie uses the best apples Ohio has to offer. They are turned into apple cider for this Cyser variety, which means there is no water at all in this mead. "This is a gorgeous sweet mead," says Drake. "It's astounding how fast is sells."

Not All Honeys Are Created Equal

Every mead begins with honey.

At Brothers Drake, they generally use local wildflower honey purchased from what Drake calls their honey broker. "The way he talks about his bees is the way most people talk about their kids," he says. "He's a craftsman and that means a lot to a person like me who is also a craftsman. You can tell that he cares."

Wildflower is just one type of honey. Drake actually says that in Ohio, black locust honey is the best variety for fermenting. Every three or four years, they will get a black locust harvest, "and that's just melt-in-your-mouth, oh my god, type of honey."

Thanks to the many varieties of honeys out there, the potential for varieties in mead is greater than for any alcoholic beverage. It all depends on where the hive is located and which flowers the bees are surrounded by that year.

Local Through And Through

Not only are they dedicated to sourcing their ingredients locally, they are dedicated to serving the Columbus, Ohio community exclusively. "We get calls fairly regularly from people who want us to mail it to them, and sometimes it's hard for them to understand our philosophy," says Drake. They see shipping as a wasteful endeavor and one that is just plain unnecessary: they have enough business in Columbus as it is.

But what about growth and increased profitability?

According to Benary, becoming more profitable isn't just about increasing their sales, it's about improving their community. "Every time we buy honey locally we're supporting our local economy and keeping our money where we live, where we eat, and where we go to school."

But that doesn't mean they won't open another meadery in another town if the demand is there. If that does happen, Brothers Drake will then buy local products from that city, employ local people, and sell to that local market. "The idea being that down the road when we are gray bearded old men, we will have created a local business that can operate nationwide if there's demand for it," adds Drake.

If there's demand for it in Austin, Texas, then you go there and get sage bush honey and you get their wildflower honeys. If there's demand in San Francisco, then you go there and get avocado honey and orange blossom honey, and maybe you make jasmine mead because there's jasmine all over that town and they love it. So, what they like is what matters.