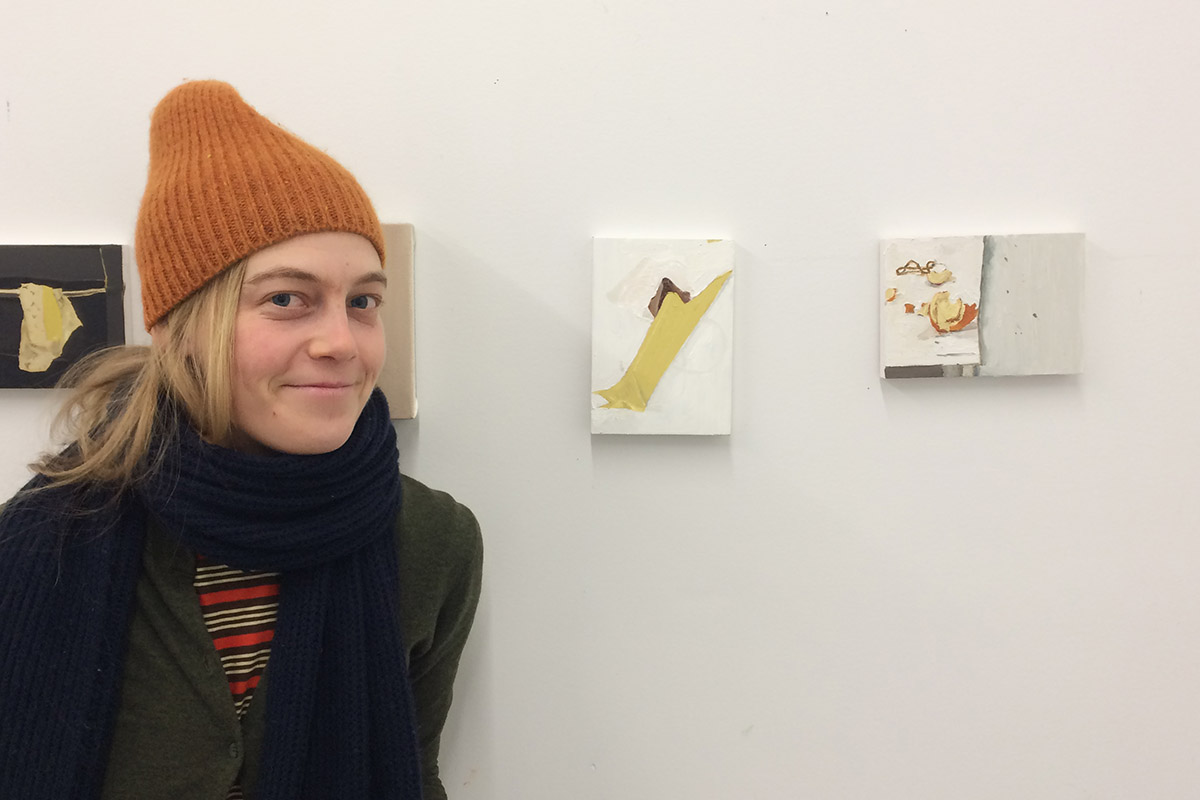 "This my opportunity to only talk about those colors, and then somehow, the lusciousness of the frosting, the cakiness of the cake the smoothness of the plastic in that refrigerator--all somehow mingle themselves into that, and that's exciting to me"

On our show this week, a conversation with artist Mollie Douthit, about her painting practice involving food, kitchen spaces and food's power to connect us--with the past, and with the people we love. I spoke with her after her artist's talk at Vermont Studios Center in Johnson, Vermont.

Coming off of the holidays, some of us may have spent time with family, returned to the family home perhaps-- and among the many things that families can disagree about, it seems food can stir up some deep divisions.

After all, food is tied to culture and identity. Some of us leave home and strike out on new culinary paths, and develop new food preferences, restrictions or even principles about what we will and will not eat.

A place where we may have once come together--the family table--can become fragmented and tense.

Our guest Mollie Douthitt, a painter, returned to her family home after living abroad for years. Many things had changed, including Mollie's diet. But she's found ways to continue to connect with her family over food, even if they aren't always eating the same thing.

And Chef Daniel Orr has a recipe for a delicious salad, that can serve as a-meal-in-tself, featuring wild rice, and feta cheese.

As the government shutdown stretches into its third week, it continues to affect everything from National Park trash to long lines at the airport.

A federal court rules that a so-called "ag-gag" statute is unconstitutional and violates free speech protections.