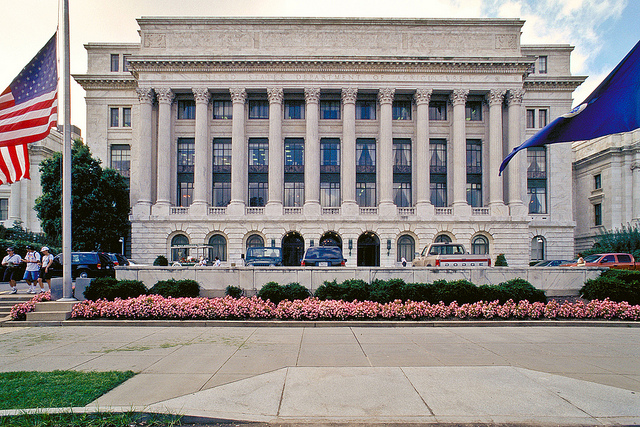 As the government shutdown stretches into its third week, it continues to affect everything from National Park trash to long lines at the airport.

Here's a quick look at how it affects both those who grow food, and those who eat it.

The USDA is one of nine government agencies that ceased normal operations as of December 22, though many of the USDA's services will continue operating through the shutdown, including meat, poultry, and processed egg inspections; inspecting imports and exports for pests; and maintenance of animals and plants in the care of the agency's research programs.Â Â

That means farmers awaiting trade war bailout payments are on hold until the shutdown is over as well. The National Farmers Union said the closure of agriculture department offices could not have come at a worse time for members awaiting emergency federal aid.

A full list of the status of USDA operations is here.

The long-awaited 2018 Farm Bill finally passed just two days before the government shutdown. The new year "should be one of the busiest times at the U.S. Department of Agriculture (USDA): they have hundreds of pages of new marching orders in the new farm bill,"Â Anna Johnson, policy manager of the Center for Rural Affairs in Lyons, Nebraska, toldÂ The New Food Economy.

This delay could have long-term effects for farm bill policy, as farmers rely on new policies and programs early in, and even prior to, the growing season.

Supplemental Nutrition Assistance Program benefits are safe - for now. Congress appropriated funds to keep SNAP funded through January, but with no plan specified for February and beyond. Vox reports that SNAP has a $3 billion emergency fund - but that the monthly cost of the program often exceeds that amount by $1 billion or more.

In addition to SNAP benefits, the Interior Department's Indian Affairs bureau provides services to about 1.9 million American Indians and Alaska Natives. That includes a Department of Agriculture program, the Food Distribution Program on Indian Reservations, that helped feed about 90,000 Native American people in 2017.

The FDPIR is funded through January, but if the shutdown extends beyond that, state and tribal agencies will be left to pick up the tab.