A Southern Take on Ghanaian Street Food With Samantha Kotey 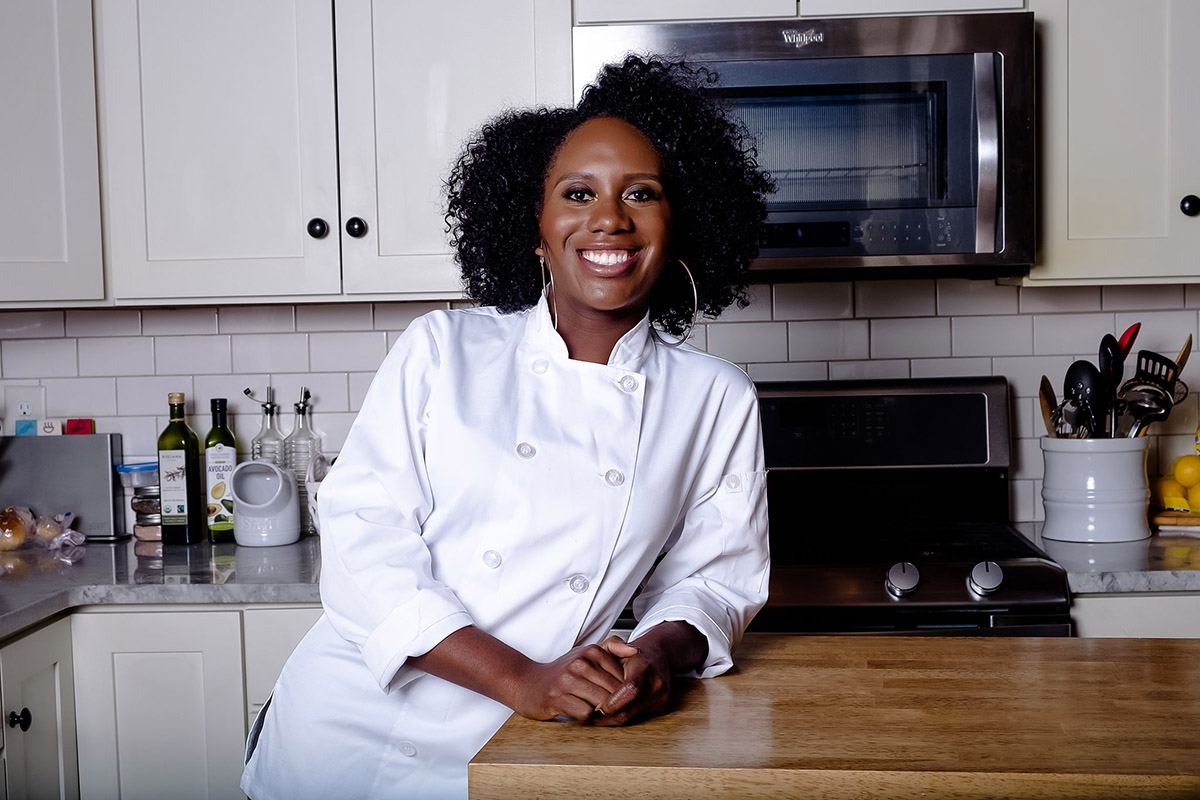 Samantha Adei Kotey grew up in Houston, and she still calls it her favorite city. “I think it is because of the diversity within the city,” she said. “We're Ghanaian, my neighbors next to me were Persian, across the street were Syrians, next to them were Japanese people, and then right next to us on the left side were Honduran people. I took for granted that not everyone grew up like this, I thought it was normal.” She credits Houston with establishing her interest in food. Growing up, she spent plenty of time with her grandparents in Ghana, but her formative years were spent in Houston with her parents, who has immigrated to Texas in the 1980s. “I remember every Friday, my mom picked me up from school and we would go to Fiesta, which is this amazing grocery store in Houston that a lot of immigrants go to, because it was a lot of international merchandise,” Samantha said. “She taught me how to pick ripe tomatoes and fruit, and we would get the stuff that she needed to cook for the week and then Saturday morning, we will wake up and we would cook basically all day.”

Samantha has many favorite Ghanaian dishes, but her faves are the simple ones. “I like Red Red, which is fried plantain … now that people are more health-conscious it's fried in regular oil, but it is traditionally fried in palm oil. So that's why the ‘red’, and then beans are accompanied with it, [such as] black-eyed peas. [It’s] stewed down with salted fish, which we call koobi, and onion, tomatoes, ginger, garlic, all stewed together, and then also cooked in Palm oil and so they're red-red.”

She attended Spelman College in Atlanta, where she found that her lack of a car and student budget meant that she cooked often. She also developed a love for Southern American cuisine. When she moved to Durham, North Carolina for law school in 2008, cooking was a respite from what she calls the “kind of isolating experience” of a law student. “I would cook a lot, invite people over,” she said. “I think that the way for me to keep and foster community was through food.” Samantha spent a few years living in D.C. practicing law, but also fostering a growing interest in cooking as more than a hobby. “I lived with a family friend who I call a cousin, and she's Ghanaian, and her mother was living with her at the time,” she said. “And her mom was a really, really, really good cook and I realized, wow, I really, really miss Ghanaian food. And it was then, somehow, my brain made the connection that 'hey, Southern food has a lot of Ghanaian influence.' [It was a] West African influence but specifically, I could see Ghanaian influence. And if there is a way that I can kind of fuse these two, these two cuisines together and make people more open to try African food, because they can see l ‘hey, it's it's pretty similar to stuff that I eat, maybe just seasoned and prepared a little bit differently’, then that's what I'll do.”

She moved back to Durham and has been practicing contract law in town since 2014, negotiating software contracts for higher ed and tech companies. She has also started Kornbread and Kontomire, a fusion cuisine company offering cooking classes and event catering. She was bolstered by the encouragement of the family who own a local Kenyan restaurant called The Palace International. “They are big proponents of highlighting African culture and kind of bridging the gap between African American culture, Caribbean culture, [and] the diaspora at large in Africa,” she said. “And so they kind of pushed me ‘hey, your food is really good, let's do some events. Let's do some, pop-ups or, you know, make a dessert for the Palace.’”

In 2018, she did a 5-course dinner highlighting Ghanaian cuisine for the Palace. She made the ubiquitous Ghana salad, a dish with salad greens and cucumber but also ingredients common during British colonization in West Africa. “The dressing is Heinz salad cream, which is very British, baked beans, Heinz baked beans, not just Bush's baked beans or whatever like American baked beans people generally eat.” Sardines, tuna, or eggs are often added. “If you go to a party in Ghana, you're gonna have Ghana salad,” she laughed. “like...it's there.” Samantha notes that she doesn’t just want people to attend her classes or catered events and eat. She wants them to have a deeper experience.  “I think it’s really important for people to have cultural context and background … a frame of reference for why we're eating a certain way or why something is prepared in a certain way is really powerful and, and feels important.” With her friend Adé of Dounou Cuisine, she’s started an African women chef collective, with plans to put on regular cultural and culinary events. The first event will acknowledge the Year of Return, a 2019 Ghanaian initiative to promote investment in Ghana on the advent of the 400 years since ships carrying enslaved people first landed in mainland North America. Samatha noted, “We both have committed to focusing on the collective because our mission is to highlight African food and put it on the map and make it mainstream.”

Check out Kornbread and Kontomire’s Recipe for Ghanaian Meko.

Hear Josephine McRobbie's interview with Samantha Kotey on This Episode of Earth Eats.