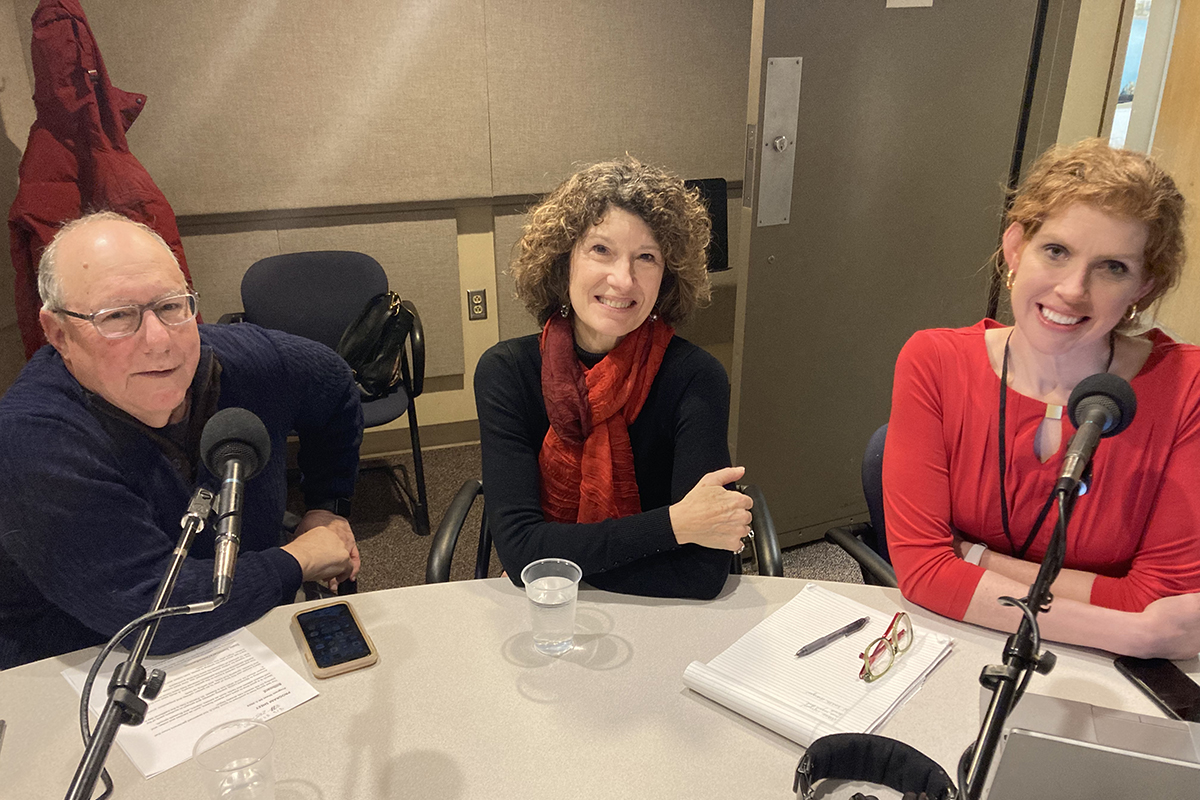 “My interest in being a co-host comes from my respect for the quality of Noon Edition over the years and how responsive it is to the issues that people in the WFIU listening area care about. I also love talking to interesting people and learning from our guests and the interactions among them,” said McRobbie.

McRobbie has previously appeared on Noon Edition, most recently co-hosting discussions about increases in domestic violence during the pandemic and higher property taxes for Monroe County homeowners. She will return on June 3 to co-host another episode of Noon Edition.

“Laurie clearly knows how university experts can offer insights into the biggest issues of our time. Plus, she’s a scholar and a deep thinker in her own right. She is also engaged with Bloomington and understands the concerns of citizens. She’s a good, empathetic interviewer and will add a valuable point of view as one of our hosts,” said Zaltsberg.

Laurie Burns McRobbie served as IU’s 18th First Lady from 2007 to 2021 and is a University Fellow. While she was First Lady, McRobbie spearheaded the development of the Women’s Philanthropy program in IU Foundation, which has engaged thousands of alumnae with the university and led to significant increases in philanthropic contributions by women. She served as Honorary Chair of the Women’s Philanthropy Leadership Council (WPLC) from its founding in 2010 through June of 2021 and continues to serve on the Council as an active member.

With a career background in higher ed IT and high-performance computer networking, she currently leads strategic initiatives for the Center of Excellence for Women and Technology at IU Bloomington, which she co-founded as IU First Lady. McRobbie holds an adjunct faculty appointment in the IU Luddy School of Informatics, Computing and Engineering, where she co-founded the Laurie Burns McRobbie ServeIT Clinic (a service-learning program providing IT services to local non-profits). She also holds an adjunct faculty appointment in the IU Lilly Family School of Philanthropy.

McRobbie serves on numerous local and statewide boards, including the Community Foundation of Bloomington and Monroe County, the Riley Children’s Foundation Board of Governors, and is a Commissioner on the Indiana Arts Commission.

Noon Edition airs Fridays at 12 p.m. on WFIU. Learn more about the program and hear past episodes at wfiu.org/noonedition.