For Him, Yiddish Was A Craziness 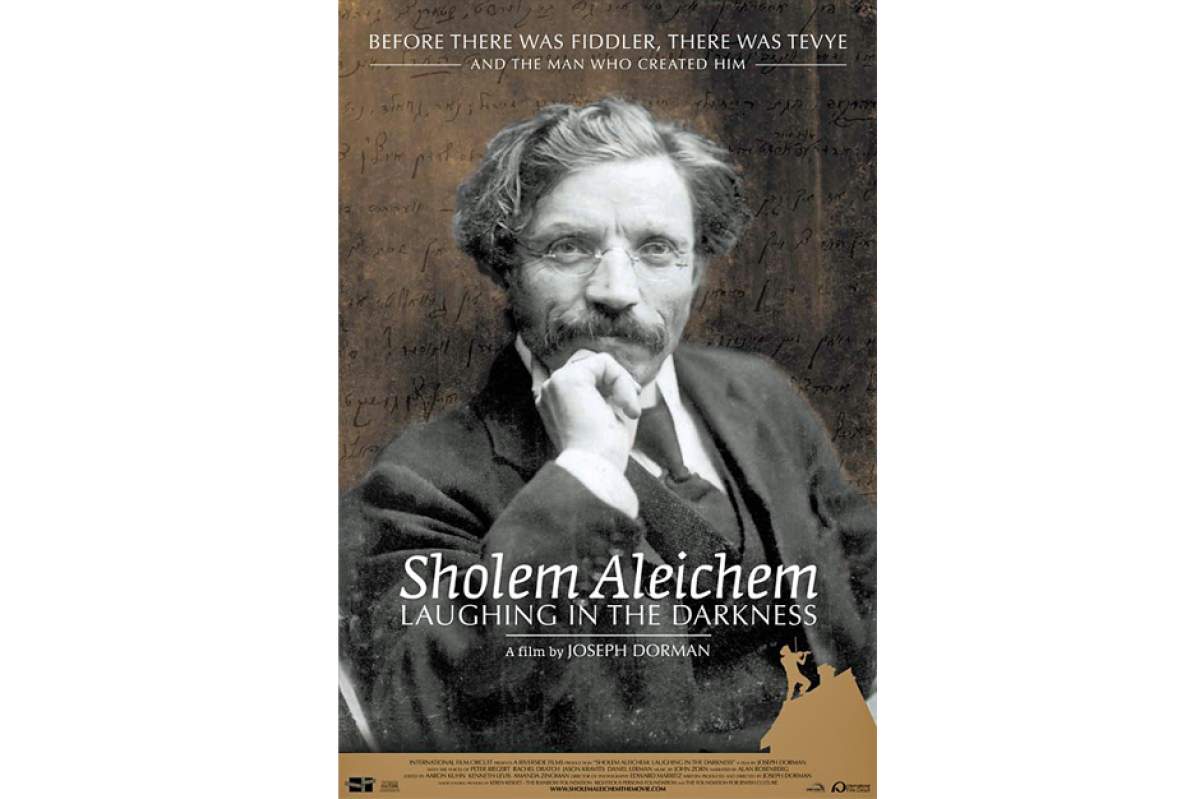 Sholem Aleichem became the most famous Jewish writer of the late 19th and early 20th centuries by telling the stories of ordinary folk who lived in the European shtetl, or village.

He was mostly forgotten by modern Jews who left behind the Old World in their desire to assimilate in America. But in the mid-1960s he was rediscovered through the popularity of the hit Broadway musical Fiddler on the Roof.

Now, a new documentary film about his life is introducing him to 21st century audiences. Sholem Aleichem: Laughing in the Darkness is a feature-length portrait that includes interviews with the writer's granddaughter, prominent Yiddish scholars, and readings from his works by the actor Peter Reigert and others.

The film will be shown on March 29th at the IU Cinema, and on hand to give a talk will be the writer, producer, and director, Joseph Dorman. WFIU's Adam Schwartz spoke to Dorman from his home in New York City. He began the interview by asking Dorman why he titled his movie Laughing in the Darkness.

JD: Sholem Aleichem was writing about a period of Jewish history that was full of violence and dissolution and disorientation, yet somehow he was able to write about that in a way that allows you to laugh at it, and also to face up to it in a way.

AS: As you show in the film, the reading of a story by Sholem Aleichem was a Friday evening ritual for Jewish families the world over. At his peak, how popular was Sholem Aleichem?

JD: He was certainly the most popular Jewish writer in his day. He was known on both sides of the Atlantic and essentially anywhere Jews spoke Yiddish. He was kind of Frank Sinatra, Saul Bellow, and Elvis all wrapped into one. He was someone in a day before there were movie stars or rock stars. He was a man who had that kind of status. Not only did everyone read his stories, but he would travel from town to town, and everywhere he traveled, everyone clamored to hear him speak. There were standing room audiences. He truly was a kind of literary superstar that you don't really see nowadays.

AS: Your film mentions Sholem Aleichem's "radical idea." What was that?

JD: The most radical idea-and he wasn't the only one, but he was one of the few-was the very idea of writing in Yiddish. That's because Yiddish was a language not considered fit for literature. By writing in Yiddish, very much like Shakespeare when he was writing in English, he was able to unlock the energies. Or for that matter, Dante [writing] in his native Tuscan which became Italian.

These men took languages, vernaculars, that were lying untouched. And so there were untapped riches in these languages. And all it took was right man who knew how to tap those energies. And that's what Sholem Aleichem did. He was able to create this remarkable body of literature that had never existed before.

"Sholem Aleichem said that Yiddish for him was a mishegas, a craziness. He was bewitched by the language. He said, â€˜Look, why didn't I write in Russian, like good writers do? Or in Hebrew, like good Jews do?' Yiddish had a kind of dynamics which was not used for these kinds of cultural, literary things. It was full of sap. You could do great things with it. Yiddish had wild energies in it." â€“ Professor Dan Miron of Columbia University

AS: Sholem Aleichem chronicled the lives of ordinary European Jews in a way that gave dignity to their lives, didn't he?

JD: He really did. We're all used to seeing versions of ourselves in movies and the books we read. But this was a group of people who were essentially uneducated, who were not used to reading literature that was about their own lives.

Sholem Aleichem was one of the first people to hold up a literary mirror to this group of people, and they could see themselves. These were common, poor people. Marginalized in the world. No one had cared about them. The stories they read were Biblical stories, other stories that had nothing to do with their lives.

Here was a man who for first time was able to show these people who they were, and give them a kind of importance that was a remarkable gift to these people because of the straits they were in.

"I think Sholem Aleichem was enormously important to Jews. He gave many Jews the feeling that their petty little lives were not petty and were not little." â€“ Hillel Halkin, Sholem Aleichem translator

JD: Sholem Aleichem [has] in some sense been lost in translation with the waning of the Yiddish language in America. Even though there are wonderful translations, we have somehow forgotten to read Sholem Aleichem. Even though he wrote for late 19th century and early 20th century Jewish audience, his stories remain remarkably relevant. And that's the secret of genius. You can write about something specific yet create something universal.

AS: Do you hope your documentary will change people's thinking about Sholem Aleichem?

JD: God, if it doesn't, I've been an utter failure. Just as my eyes were opened, I hope that the documentary opens other people's eyes. The one thing I say to audiences is, â€˜If you've enjoyed the film at all is to go back and read the work.' The measure of success for this film is how many people I ultimately convince that they have to read Sholem Aleichem.

Joseph Dorman will give a talk before the screening of Sholem Aleichem: Laughing in the Darkness at the IU Cinema on Thursday, March 29th. His talk is at 3 p.m. and the movie will be shown at 6:30. Learn more about the IU Cinema on their Web site.