Xerxes: The Lighter Side Of Handel 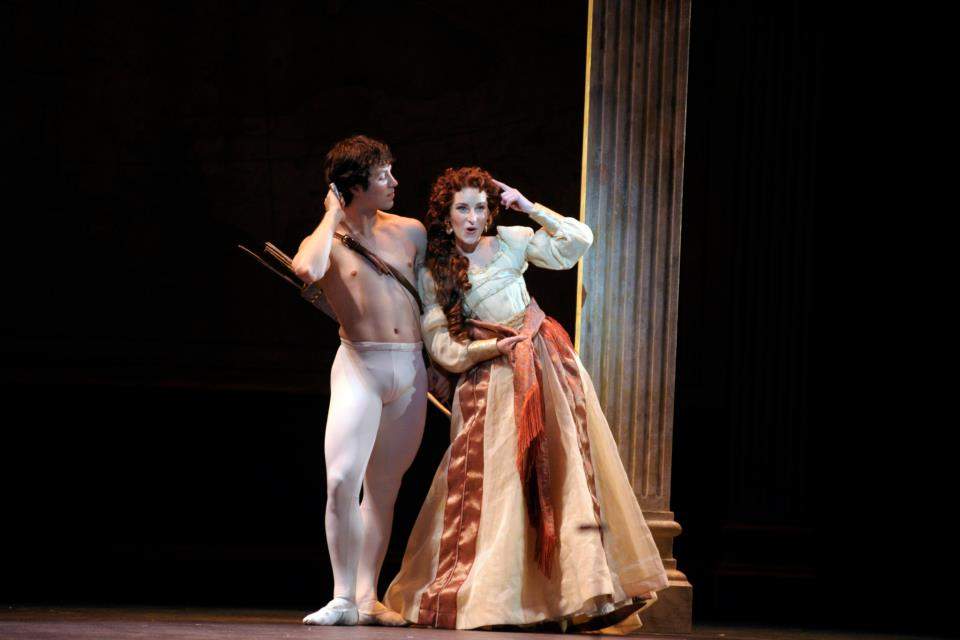 When I say George Frederic Handel, probably the next thing you're going to think of is not, musical comedy. But that's what you may be thinking after seeing IU Opera Theater's production of Xerxes.

Yes, there's great music and some extended dramatic aria.  Although a bit on the short side Saturday night's trousered Erica Schoelkopf was every inch a Kingly Xerxes.  Also trousered, Anne Chester was soldierly as his spurned love. Counter tenor Daniel Bubeck sang beautifully as the king's brother, Arsamene. Mathilda Edge was vocally regal as Romilda a girl, in love with the brother, but who's voice captures the wayward king's heart. Rounding out things on the serious side was Tyler Henderson was the bluff leader of the king's troops.

Then to balance toward the comic, indeed to frequently dominate, there was a mute dancer, a clumsy servant and an energetic vamp. Saturday night's bow and arrow bearing Amore, Aaron Anker danced to the choreography of Jacques Cesbron and mimed to the stage direction of Tom Diamond. The dancing was energetic and graceful, the miming frequently hilarious in a sort of Harpo Marx mode. Nathaniel Lentz was more than equal to the vocal and comic demands of the role of Arsamene's servant Elviro.  As Romilda's scheming sister Atalanta, Elise Kennedy was a great hit as she literally vamped the first rows of the Musical Arts Center audience