Wu Han On Pressler: 'Next To Menahem, I Feel Lazy' 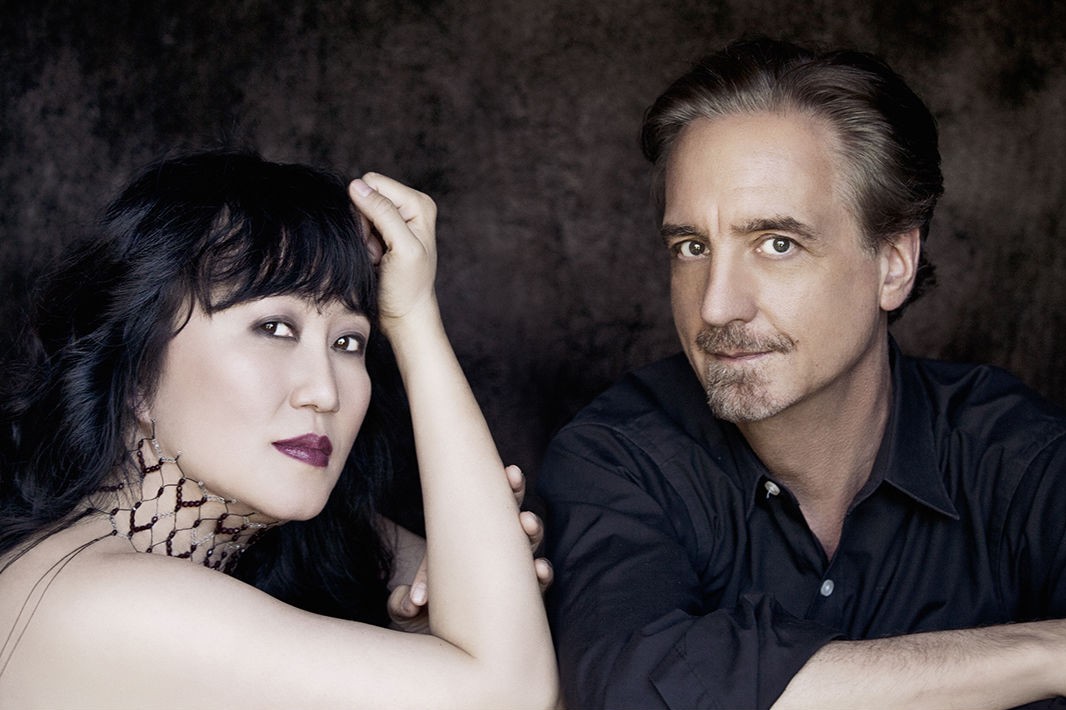 This past weekend, the classical music world celebrated the 90th birthday of pianist Menahem Pressler with two concert events:Â one at the Jacobs School of Music and the other at Lincoln Center's Alice Tully Hall. The concerts featured performances by Pressler himself, alongside the Emerson String Quartet, violinist Daniel Hope, and one of the busiest women in classical music, pianist Wu Han.

Wu Han has more going on in a single week than most musicians do in a month. I caught her immediately following a rehearsal in New York City. The day before, she was in South Korea. And 33 hours later she would be on stage at the Jacobs School of Music. Han performs regularly as a solo artist and as a part of duos, trios and quartets, along with her husband, cellist David Finckel. She and Finckel are also the artistic directors of no fewer than three chamber music series, but she has a surprising response when asked, how she fits it all in.

I know David and I have a lot of projects - Chamber Music Society of Lincoln Center's Directors, we have a summer festival,Â we have a recording company, we both play a lot of concerts - but right next to Menahem, I feel lazy.

I always know among musicians, he is the musician of the musicians. He is one of the most respected and most feared as well; both as teacher and as mentor. I think it's because he always sets incredible, sometimes unattainable, standards; both for himself and people around him. And he's always a source of inspiration for all of us.

Han's relationship with Pressler began in the 1980s when she moved to the U.S. from Taiwan.

I remember when I first moved to New York, I already [had] heard so much about him, played for him,Â been his student, and also at one point turned about two years of pages for him, whenever I had time, because right next to that incredible, gorgeous sound source, as a pianist I remember - every time I get close to his concerts or his playing, I always go home and become a much better pianist.

As part of Saturday night's concert at Alice Tully Hall in New York City, under the auspices of the Chamber Music Society of Lincoln Center, Wu Han and her colleagues conferred upon Pressler an unprecedented honor â€“ the Award for Extraordinary Service to Chamber Music.

This will be the first time Chamber Music Society of Lincoln Center giving out this award for some making significant contributions to chamber music. And I could not think of a more appropriate person to give [it] to.

Menahem has made significant contribution, both in terms of chamber music,Â and in terms of the musical field. He's now an incredible soloist, he's also a great teacher, he's also a great mentor for many of us. Also, thinking about his contribution - 50 years in the Beaux Arts Trio - really pushed that art form forward. I just can't think of a more appropriate person to be honored at this point.

It's really humbling to walk on stage with this giant of the chamber music field and make music together. I know all the musicians feel the same way. Just talked to Daniel Hope last night. We're all just beyond ourselves with happiness to be able to celebrate this important birthday with him.

Menahem Pressler's 90th birthday celebration was held this past Friday in Bloomington and was repeated Saturday night in New York City.