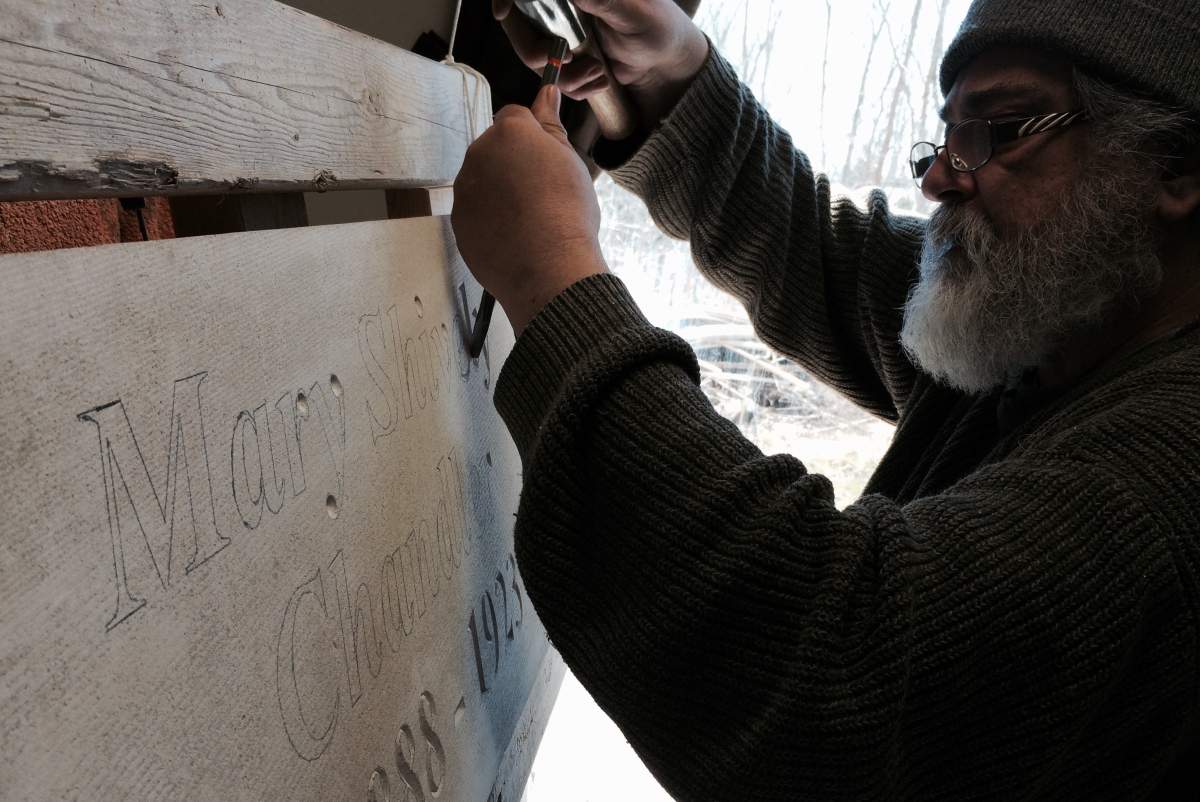 June is Indiana Limestone Month. The belt of limestone that extends from Bloomington to Bedford has supplied building material for some of the nation's best-known landmarks. The annual celebration of southern Indiana's limestone heritage features tours, exhibitions, and an international limestone carving symposium. Local stone carver Casey Winningham shares the tangible, and intangible aspects of working with Indiana's native stone.

Casey Winningham is a stone carver living in Whitehall, Indiana. He works out of his house with chisels scattered across a table in his bedroom. He uses these tools to hand chisel the stone faces of large limestone blocks.

"What I do is only done by a handful of people here in the United States now," Winningham says. "Almost everything [else] is sandblasted. There are probably less than a dozen people in the U.S. that hand-carve lettering in this way. It's not a common occupation".

Winningham began his career making headstones for children whose graves had not been marked.  Recently, he was tapped to carve a headstone for legendary Negro League baseball player George Shively, who had been buriedalong with a number of family membersin an unmarked grave in Bloomington's Rose Hill Cemetery.

Chipping Away the Layers

Another headstone had a personal significance. For example, Winningham recently carved a headstone for his sister.

"My sister...she died as a baby," Winningham says. "I was only three or four years old at the time. I never really processed it. She has a very modest stone, very small. I wanted to make her something big. So, I put a lot of thought into it, and as I was carving her stone, it helped with the mourning process. It was very healing for me."

The work connects him to Francis Siebert, a stone carver from Brookville who was born in 1863.

"He worked in the late 19th century and early 20th century, and when he passed on, his family just locked the doors, and so we had this sort of time capsule," says Winningham. "Well, I was very excited about this, and I went down. They wanted to sell some of the equipment."

Winningham bought over 500 of Siebert's chisels. They hadn't been used in over 100 years.

"I've since made many headstones with those chisels and I feel connected to a time past because of that. Using the same chisels he held in his hand, I'm holding in my hand and doing the same thing with themmaking headstones," says Winningham.