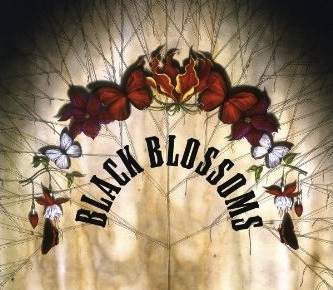 Now is a time when writers are carving out increasingly narrow niches. In literature there are not only genres, but sub-genres; not only poets and fiction writers, but writers of creative nonfiction, slam poetry, microfiction, and prose poems, to name just a few.Â Rigoberto Gonzalez is a writer who works across genres to address a variety of concerns-aesthetic, personal and political. In honor of National Poetry Month, Artworks' Rachel Lyon sat down with Mr. Gonzalez to talk about his diverse body of work. He began by reading a poem from his 2011 book Black Blossoms.

the sound of a garment mourning the loss

of your body"s comfort will break our hearts.

Pity the closet and its communion of hurt-

an evening gown left to wonder

if her dinner date will ever materialize.

Mama, if you're naked there will be less

of you to love. Already you walk around

hollow as the alley now that your husband"s

cannot hold on to light and must settle

for the fleeting faces of strangers.

They flash in passing. None will linger.

Rigoberto Gonzalez: My name is Rigoberto Gonzalez. I am a writer; I've written approximately twelve-I think I lost count-books of poetry, fiction, nonfiction, children's books, young adult novels. So I've done a little bit of everything.

Rachel Lyon: You see yourself as a Chicano writer, so this is how you identify in the canon. Where do you stand in terms of that historical development?

RG: 'Chicano' as a label, as an identity marker, is important to me because it's a political statement. I like to believe that I am part of a long lineage of writers that have not only seen writing as a place to exercise our craft, to work on our art, but also a way to connect with our specific community. There's a lot of conversation [right now] about immigrant issues, there's a lot of talk of banning books, so this is very relevant. I'm kind of [part of] this next generation of thinkers, and activists and citizens that are mirroring and reflecting the problems and anxieties of our community, and hopefully also our triumphs.

RL: What's your relationship to the queer community of writers?

RG: Well, I identify also as a gay writer. I'm a gay Chicano writer. I inhabit both spaces. We are two communities working with the same challenges, and that's being criminalized in this country, victimized by policies, and both of our communities are attacked and identified by our bodies.

RL: Well, how are these concerns reflected in your work?

RG: I wrote a memoir, Butterfly Boy. It's my coming-of-age, coming to America, coming out, coming into language book. And it's still the only one that embraces all of these movements. There have been other Latino memoirs before that, but none have really addressed sexuality, and definitely immigration, at this level. I just finished a book of essays that will be out next year in which I deal with queer issues and race issues and ethnicity/immigrant issues. I find myself placing these thoughts on the page only because sometimes I'm at a loss that I'm not having more conversations like this with other writers. My latest book, Black Blossoms, it's a book of women. And not even lesbians-it's a book of straight women. You know, I'm not a woman; I'm not straight. I wanted to write in proximity to these lives because, despite the fact that I don't identify, they are part of my community. What better way to understand this group than to write about them? What I found when writing about women was that so many of their anxieties were anxieties that I shared.

RG: Well, love. The universals: love and heartbreak, loss, violence. All of these things that I always have written about in my poetry, but through a very different lens. And I thought, well, let me try to look at it through the lens of a woman. Let me try to borrow that lens. It wasn't as hard as I thought it would be, because I had always been reading women writers. If I had never read a woman writer, I think I would have been really screwed-I'm not sure where I would start. But because so many of these women were my role models, I found myself being able to follow that route a little easier than I thought I would be.

RL: It sounds like you're talking about a kind of radical empathy through writing.

RG: Absolutely. I mean, isn't that what helps us build solidarity? Isn't that what helps us contribute to our energies, our voices, or even our sympathies with different groups? We cannot isolate ourselves anymore; that's no longer a choice. What I write today is going to be read tomorrow, and maybe the next year, and hopefully ten years from now. Literature is going to last. It's going to be accessible to readers long after any of us are here.