The World Of A Novel: Ross Lockridge Jr.'s Raintree County 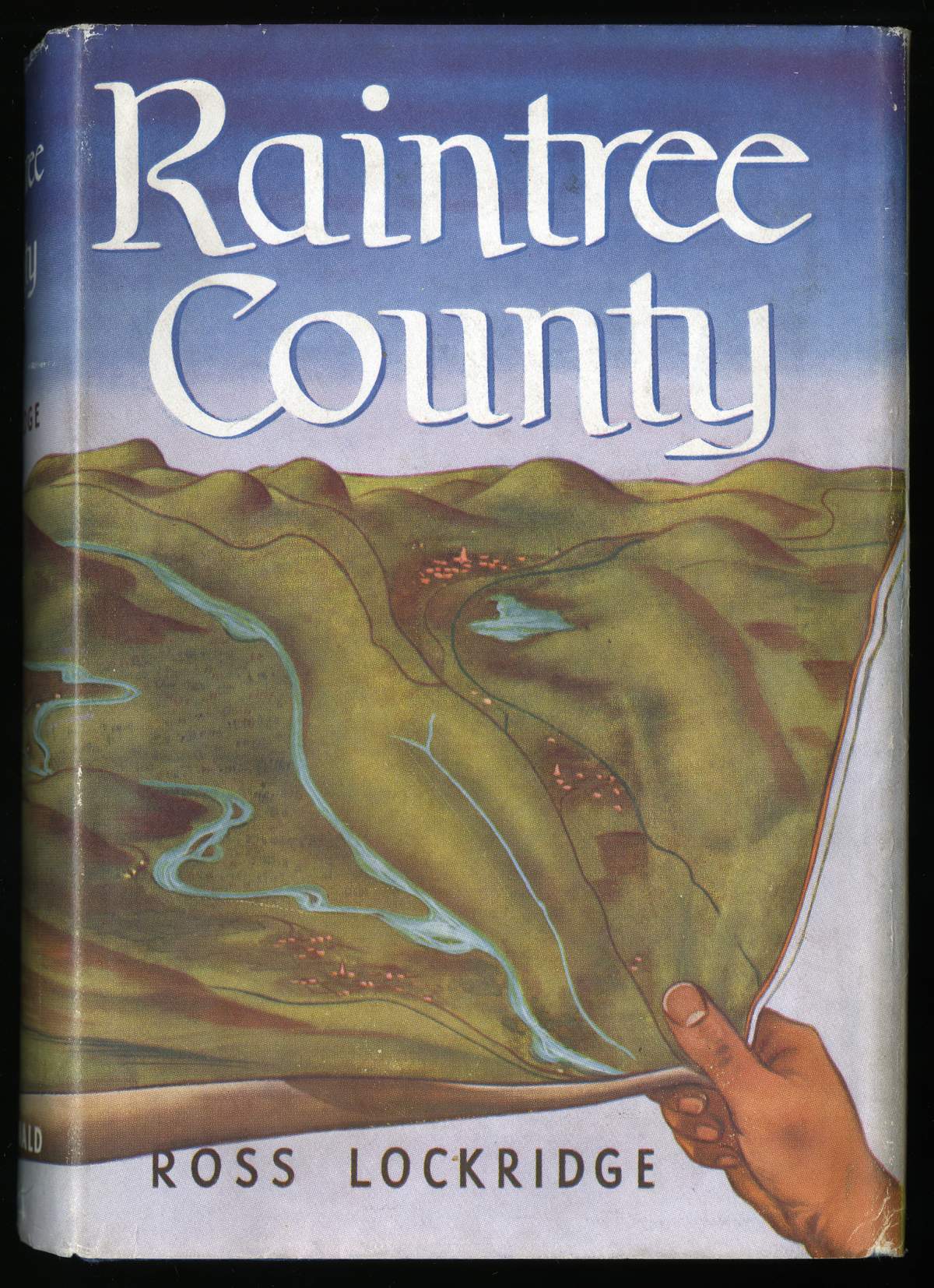 Raintree County is a 1066-page novel set on a single Indiana day in 1892, replete with flashbacks that carry the story 40 years into the past, encompassing the battle over slavery, the Civil War, and many other aspects of Indiana and American history. It is Ross Lockridge Jr's attempt to write an accessible American version of both Plato's Republic and James Joyce's Ulysses, using the materials that the Midwest and his own family history had given him. Now many of those materials are on display at IU's Lilly Library, in celebration of the Bloomington-born author's centennial.

When Raintree County was published in 1948, it became a well-reviewed bestseller. But Lockridge's doubts about the value of his work, his sense of creative exhaustion, conflicts with his publisher, and a bad review in the New Yorker all contributed to a devastating depression that led him to commit suicide at the age of 33, just two months after the book's appearance.

Reviving A World Of Creation

In 1957, nine years after Lockridge's death, the novel was made into a would-be blockbuster movie by MGM, starring Elizabeth Taylor, Montgomery Clift, and Eva Marie-Saint. But the film was a commercial and critical failure, and viewed as a melodramatic distortion of the book, which itself eventually went out of print.

In 1994 Larry Lockridge, a professor of English at New York University and one of Ross Lockridge Jr.'s four children, published a biography of his father, Shade of the Raintree, and ushered Raintree County back into availability again as well. Lockridge organized and notated the 75,000-item collection of his father's writings, books, family archives, and other materials that the Lockridge children donated to the Lilly in 2011, and from which the exhibition is drawn.

Lilly Library Manuscripts Curator Cherry Williams says that the exhibition is a narrative in itself, aided by the Lockridge family's extensive annotation and highlighting of the materials donated. It contains more than 300 items, including Ross Lockridge Jr.'s original sketch for what became the novel's cover, excerpts from many of his unpublished writings, memorabilia from the movie adaptation, and 19th-century Lockridge family documents and possessions that served as some of the inspiration for Raintree County.

"It's in a sense a spinoff of the novel, and his ambition to write the Great American Novel, whatever that is," says Lockridge. "He did wish to incorporate the history and culture of the American peoplea big job."

The Lilly exhibition may serve as an introduction to many modern-day Bloomingtonians who remain unfamiliar with its subject, who gained nationwide attention in 1948, first for the publishing success of his novel, and then for his suicide that followed. But the book has had its local champions over the years, including Bloomington City Council member Chris Sturbaum, who first encountered Raintree County several decades ago and has read it four times.

"I liked it as a young person because there's a quest for truth, and a desire to find meaning in this world," says Sturbaum. "He's also looking for meaning, I think, in the experiment of America."

For Sturbaum, Ross Lockridge Jr. is a hometown artistic hero whose literary legacy has been affected by his suicide: "People maybe didn't know what to do with that. It tinged even his art, but the art that he created stands by itself, and is just this almost-undiscovered masterpiece that was born of this community, and of this city, and of this brilliant individual."

Larry Lockridge says pulling together all of the correspondence, manuscripts, and other materials that enabled him to write his biography and put together the archival donation to the Lilly Library was a quest for him to try to understand what happened to his father. He also notes that Raintree County's place in the canon of American literature remains an open-ended question.

"When the book reappeared in 1994, some critics stuck out their necks to say, 'This is indeed the Great American Novel, it's been sitting there all along,'" says Lockridge. "I don't try to make value judgements of it, but I can't help but hope that they are correct."

Curator Williams thinks that the collection now in the possession of the Lilly makes it more likely that the novel will gain critical attention in the future. "Everybody talks about Ross having created the Great American Novel," she says. "But what does this does, finally, is to really open this up, for scholarly researchwhether it's genealogical, whether it's textual criticism, whether it's historyit opens it up to interdisciplinary scholarship in a way that it hasn't been available before."

The IU Cinema will screen the 1957 film adaptation of Raintree County Thursday, April 10, 2014 at 2:30, followed by a Lilly Library reception at 5:30 with remarks from IU Libraries Dean Brenda L. Johnson, Bloomington Mayor Mark Kruzan, and Lilly Library Manuscripts Curator Cherry Williams. "Raintree County: A Celebration of the Life and Work of Ross Lockridge, Jr." will remain on display at the Lilly Library through May 19. Larry Lockridge's biography of his father, Shade Of The Raintree, is being republished this month by the IU Press. The novel Raintree County remains in print at the University of Chicago Press.

The Riddle Of Raintree County: How A Young Indiana Author Gave His Life For The Great American Novel