George Walker: The Indiana State University invites us to attend Work of Art. It’s four new plays. They're inspired by students visits to the painting in the Swope Art Museum and faculty member, Arthur Feinsod directs two. Student playwright Kiara Dowell does the other two. Department Chair Chris Berchild is the video master. Carson Wayland is one of the four playwrights. Carson, you actually went to the museum. Which painting at the Swope is this a reaction to?

Carsyn Wayland: This is a reaction to two different paintings from the Swope, The Painting Studio by James Swanson and The Stage by William Bailey.

George Walker: Can you tell us just a little bit about what those paintings…what they look like?

Carsyn Wayland: The Painting Studio is a woman in a long red dress who is sitting in the center of a studio surrounded by a panel of painters. The Stage is three almost identical women—undressed, fully nude, in three different poses—on a much larger canvas.

George Walker: One woman is dressed, the other three are naked. Sounds like a… very perplexing picture, frankly. How does your play reflect those modes of dress?

Carsyn Wayland: Silks is about three sisters who present themselves to three painters. Metaphor about society's perception on women's beauty. I took those two images and took something beautiful and took something vulnerable and mashed them together to create a message of loving yourself and being worthy to yourself, and to just be happy with who you are.

George Walker: Kiara, you're working in a Zoom situation, there are actually nine green rooms, how in the world you partitioned the action in the shows that you were directing?

Kiara Dowell: Well, it was a bit of a challenge to change the way I viewed staging each show, because right before I decided to take, uh, decided to apply it to direct the shows this semester, I was the T.A.  for the directing class. And then before that, I actually took the directing class. So, all of the staging and picturization and all the things you learn in directing were fresh in my mind. Since I am also a communications major, I had a little background in how to stage film, and storyboard, and stuff like that. So I just kind of took those skills that I had and applied it to the show and tried to do my best to take the best of both worlds and make do of what I could with what I had for the production.

George Walker: Can you describe a difficult situation that you were able to overcome as a challenge?

Kiara Dowell: Yeah. In the script for Silks, Julianna picks up Celeste and drags her over to a different part of the stage. For a while we were all like, “we don't know how exactly we're going to do that.” None of the actors are in the same room, so they can't physically pick each other up or touch each other.  I found a different way for her to still do pretty much the same action, but without touching each other.

George Walker: How in the world did you do that?

Kiara Dowell: I just kind of switched around the    staging. So instead of picking her up, she crawls onto the stage instead.

Chris Berchild: I composite all of the images and the sound, pump it out for a live stream onto the Internet. We're having our preview on Wednesday and then productions Thursday through Saturday and Sunday afternoon.

George Walker:  Wow. Are you expecting that the production will actually evolve?

Chris Berchild: That's one of the things that we were really insistent upon. We're not just recording a nice, clean production and putting it out each night. We wanted to keep that same sense of discovery and evolution that happens in the traditional run of theatrical play. The only difference is, is that it's manipulated virtually.

George Walker:  Work of Art plays Wednesday through Saturday at 7:30, Sunday at 3:00. Admission is free and must be reserved. I'm George Walker for WFIU Arts. 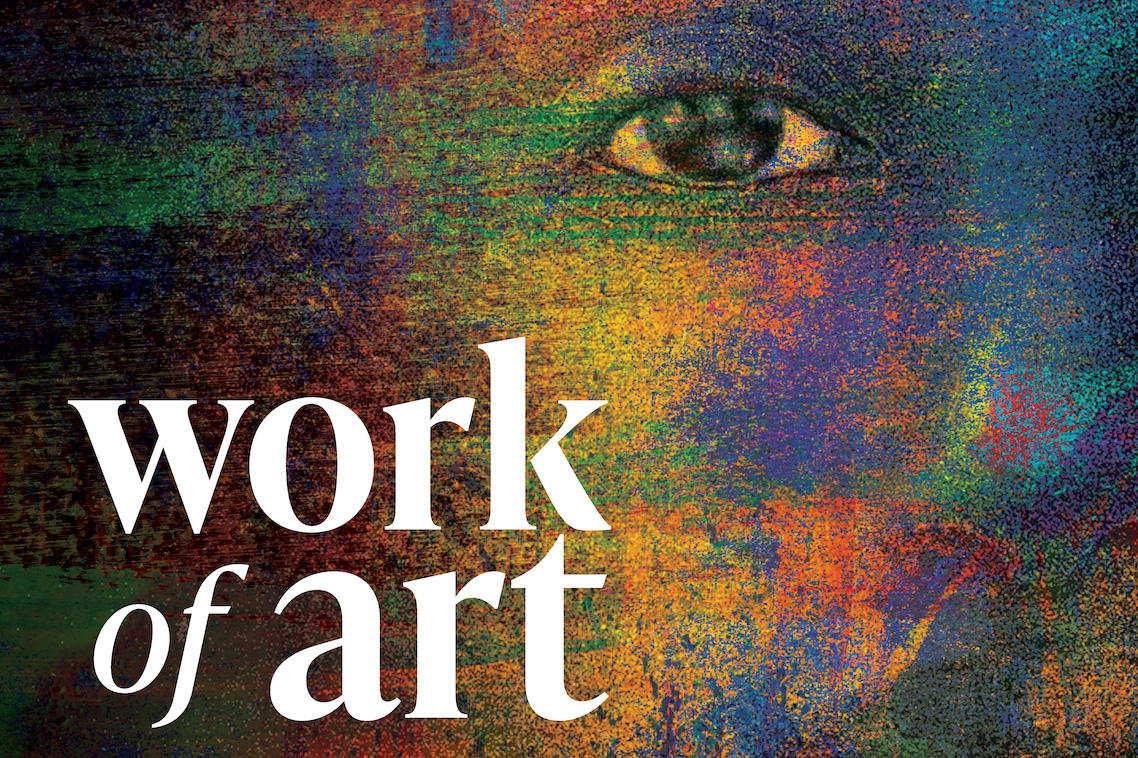 Indiana State University invites us to zoom into Work of Art: Four New Plays. They’re inspired by the students visits to the paintings in the Swope Art Museum.

Carsyn Wayland was inspired by two of the paintings, in one the model was clothed and in the other three, they were undressed. In the audio, Wayland describes the metaphor that drives her plays.

Kiara Dowell  directed Wayland’s Silks. Those non-touching zoom rooms were a problem. Dowell, a stage director and a film studies student, put both together to come up with a solution that she tells us about.

Department chair and video guru Chris Berchild is in charge of putting all the nine rooms together for live and developing performances. From night to night, he says, it may be different.

Admission is free and tickets must be reserved online. A link to the production will be e-mailed one hour before the show.