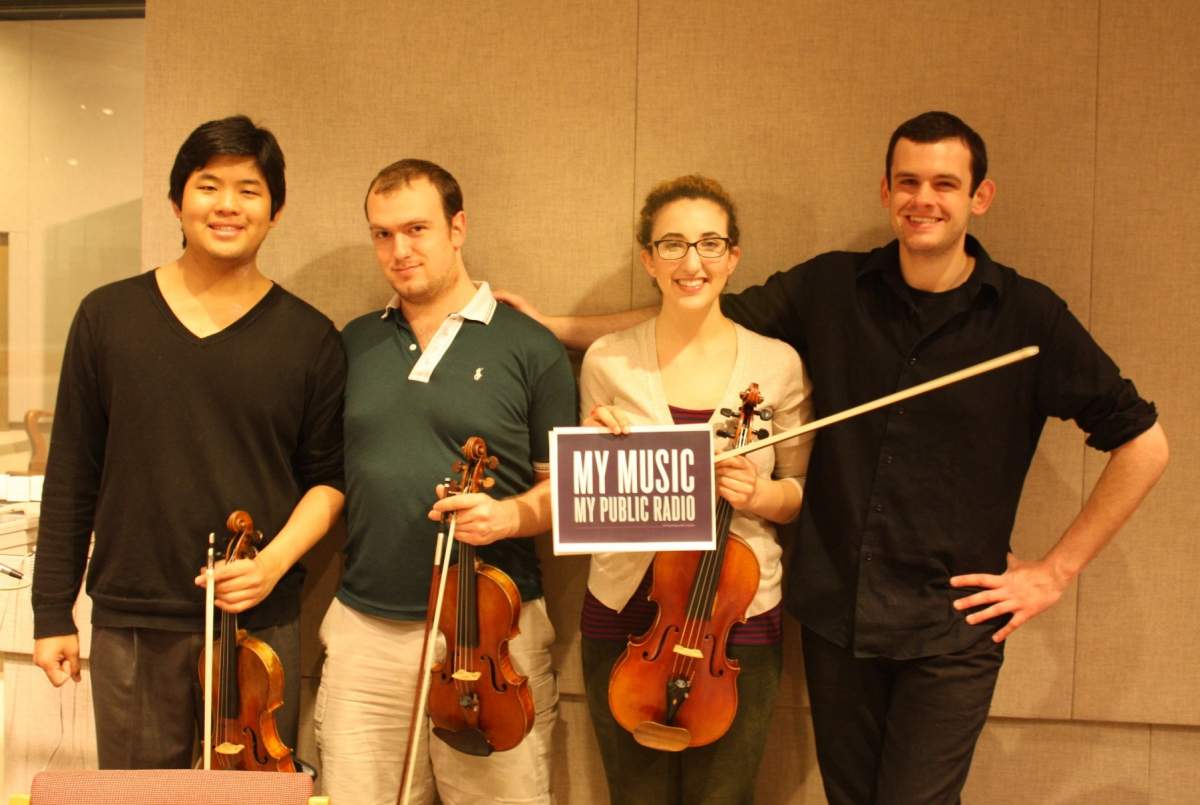 As part of WFIU's continued observance of April as Public Radio Music Month, the Jacobs School's Wasmuth Quartet visited the studio for an interview and live performance. The quartet was recently featured at John F. Kennedy Center for the Performing Arts in Washington, D.C.  on April 9th as part of their Conservatory Series. The musicians performed excerpts from that concert on Classical Music with George Walker including a selections from Beethoven's String Quartet Op. 95 "Serioso" and Ligeti's String Quaret No. 1 "Metamorpheses nocturnes".

The quartet recently spent a week in Bonn, Germany, at the Beethoven-Haus, during which time the members were able to research and explore original manuscripts by Ludwig van Beethoven and perform a concert at the Villa Wasmuth, for which they took their name.