Vladimir Ashkenazy: My Journey To The Podium 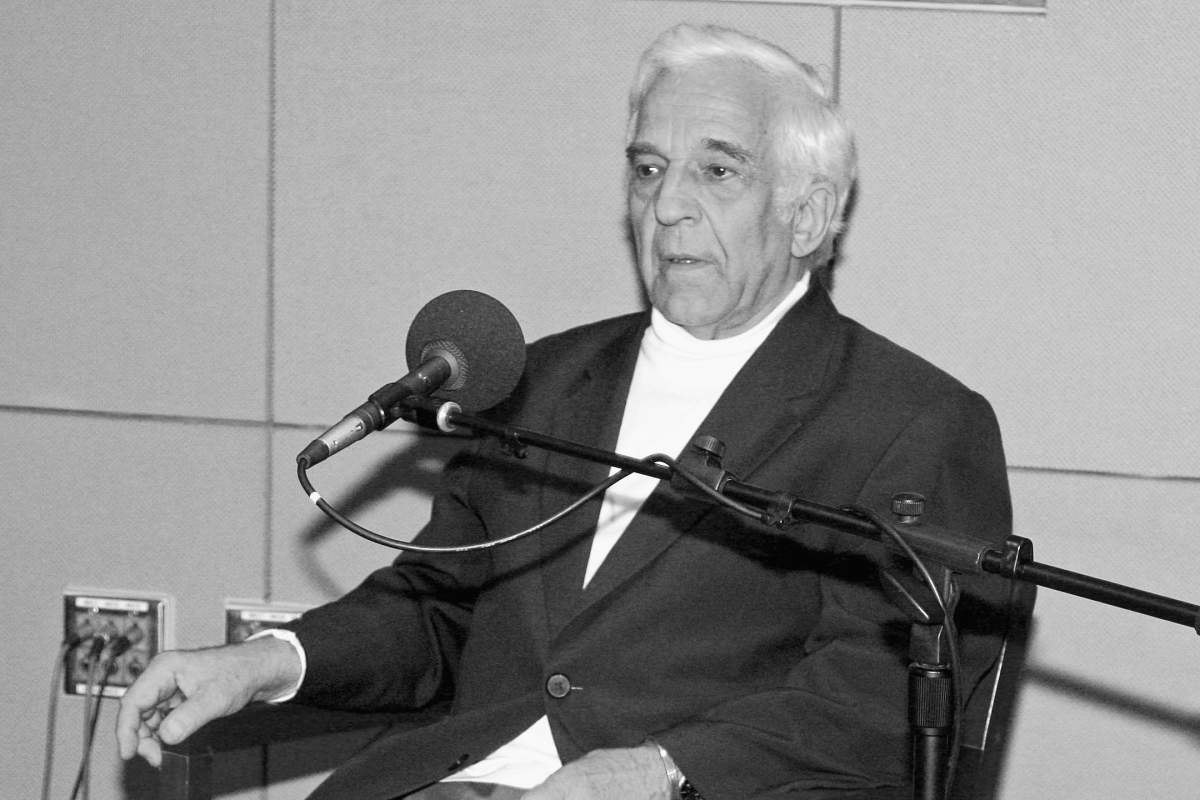 Vladimir Ashkenazy is as big a name as it gets in the classical music world. He has performed in front of many of the world's top orchestras as a piano soloist and his recordings could monopolize an entire a record store. For the past 20 years, he has focused his career on conducting. He regularly tours with the European Union Youth Orchestra, for which he has served as Music Director and Conductor since 2000.

That's what brought him to Bloomington, Indiana in April 2012. He stopped by the WFIU studios to tell some stories from his 60 years in the music business.

When I was 8, a classmate of mine was a violinist whose father played in the State Symphony Orchestra in Moscow. He said would you like to come to a concert with me? I said yes, of course I would like to. That was the first time I heard a symphony orchestra. I was absolutely bowled over. I heard a Tchaikovsky symphony, and I'll never forget it. I was absolutely finished by then.

Artur Rodzinski, the famous Polish conductor who was already an established conductor, realized I am interested in orchestra music not interested, I was just identifying myself with it. He said why don't you conduct? I say, well I don't know. He said, come come, prepare something. He gave me a piece, I don't remember what it was, "Come to my house. I'll play, you conduct and I'll tell you what to do." I promised to come and then I canceled it. I didn't want to do it.

Then when I got married, her father was a conductor. One day, knowing that I'm so crazy about orchestral music, he said why don't you conduct my orchestra? I said oh no, I don't know how to conduct. He said I'll teach you. "What do you want me to conduct?" He said Coriolan Overture by Beethoven. He told me what to beat at the beginning. I couldn't really do it, but I did conduct the first half of that concert: Haydn Violin Concerto with a friend of mine and Coriolan Overture. It was pretty terrible of course, but then the orchestra said, maybe you're just learning how to conduct, but there were some wonderful moments and we liked it very much.

Next time I conducted was in Iceland, we moved to Iceland. One day, I invited Daniel Barenboim and Pinchas Zukerman to come and play two concerts with the local orchestra Daniel to conduct, I'll play a concerto andÂ Pinky would play something with Daniel conducting. I wasn't planning to conduct myself.

ButÂ Pinky didn't come, he was ill. Daniel said, I don't want to conduct the next concert. Why don't you conduct and I'll play a Beethoven concerto? So, I accompanied him in that second concert whenÂ Pinky couldn't come, and I accompanied quite well, but I knew the Beethoven concerto of course. Then the orchestra said why don't you come and conduct us here and there and whatever? So, I did. That's how it started basically.

One day, the word got around and Philharmonia Orchestra in London decided to try me.

And that's the last thing I tell you.