Traces At The IU Auditorium 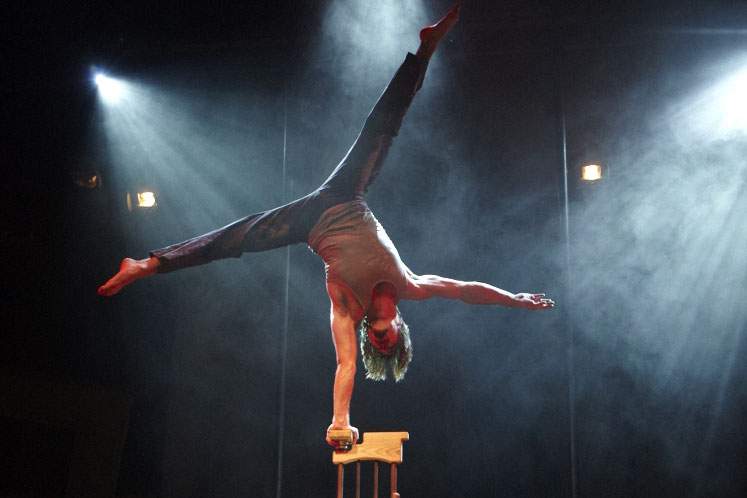 "Actually, it started as just a couple of afternoons a week of gymnastics when I was a kid," says Traces member Bradley Henderson. "Then it got a bit more competitive and my parents saw that there was an opportunity at a local circus school with a wonderful teacher. Li Yu was a Master Trainer of Chinese acrobatics. "

Following high school Henderson and three friends moved to Montreal where Cirque du Soleil was based. "We went to school for about three years, studying all aspects of performance. And when we graduated we were hired by a group named 7 Fingers to put together a company and that's where Traces began," adds Henderson.

"We were terrifically impressed with Cirque du Soleil, but we had our own ideas. In Traces we actually present our own stories of growth and development. I actually play me."