I'm George Walker for WFIU Arts Forgotten Clefs, a Renaissance wind band presents The Very Last Castle.
It's by Travis Junker, with illustrations by Mark Pet. Our narrator is Vicki King, the dancer and choreographer is Destiny Walton and member of the cast is Chris Armijo who also did the video. He plays recorder and percussion.

George: Vicki, you're the narrator for the story, so I'm kind of curious about how you picked and chose your vocal parts.

Vicky King: Well, I guess I'm a little bit of a frustrated actress at heart, so I really enjoyed getting into this story and trying to make the talk about the snake or the monsters and I had a lot of fun doing that so.

George: Destiny tell us a little bit about your dance and choreography for Ibb..

Destiny Walton: Uhm, so I'm a double major in dance and exercise science. I've been down since I was and for my exercise science major after I get my Bachelor’s degree, I want to pursue my Master’s degree in physical therapy and I want to take that further into my career as long as well as dance. And that's pretty much mostly what I'm doing at IU right now.

Destiny: Well, the dancing and choreography that I made was generally based on the meaning of the book and how the author illustrated what was happening through the book. It didn't take me long to make up the choreography, but I had to do a lot of different sequences and like a lot of different parts that I made up for it. And it was just really fun. I was a 5-year-old character, and it was just a really good blessing to just dancing choreographed for this play and performance. I think there were graceful movements and then there were those, you know.

George: You took on the character and you were rapping on the door and were interacting with William the Guard at the Castle. So, I was curious about how you worked that out.

Destiny: I kind of worked everything out just based on how they wrote little parts in the play that we had.
It was like different parts where I had to react to the snakes or Dragons or Giants and things of that nature. So, I kind of just. Put my emotion and dancing on top of that and clouds to like kind of Just Dance with the meaning of the play in general if. That makes sense.

Chris Armejo: Yeah, so uh obviously last year, uh, when Covid went down and there wasn't anything going on as far as like live musical performances. And I had a ton of free time on my hands and so I decided to use that time to figure out how to do video editing, how to use video editing software because it seemed like a very useful skill. As and it was really great because that actually led me to apply for a new job towards the end of last year in video editing,

And I've learned a lot on that job with the Arts laureate. Do we make virtual choir videos and do all kinds of cool fancy musical? Years and so I took a lot of what I learned from both of those things and applied it to this project. So, in some ways it's kind of a culmination of my video editing journey is so far.

George: We've been talking with forgotten clefs, a Renaissance wind band about their current project, and that's the very last Castle by Travis Junker illustrations by Mark Pet. Our guests have been the dancer choreographer Destiny Walton. The narrator, Vicki King, and also the editor and percussionist and recorder player Chris Armajo. 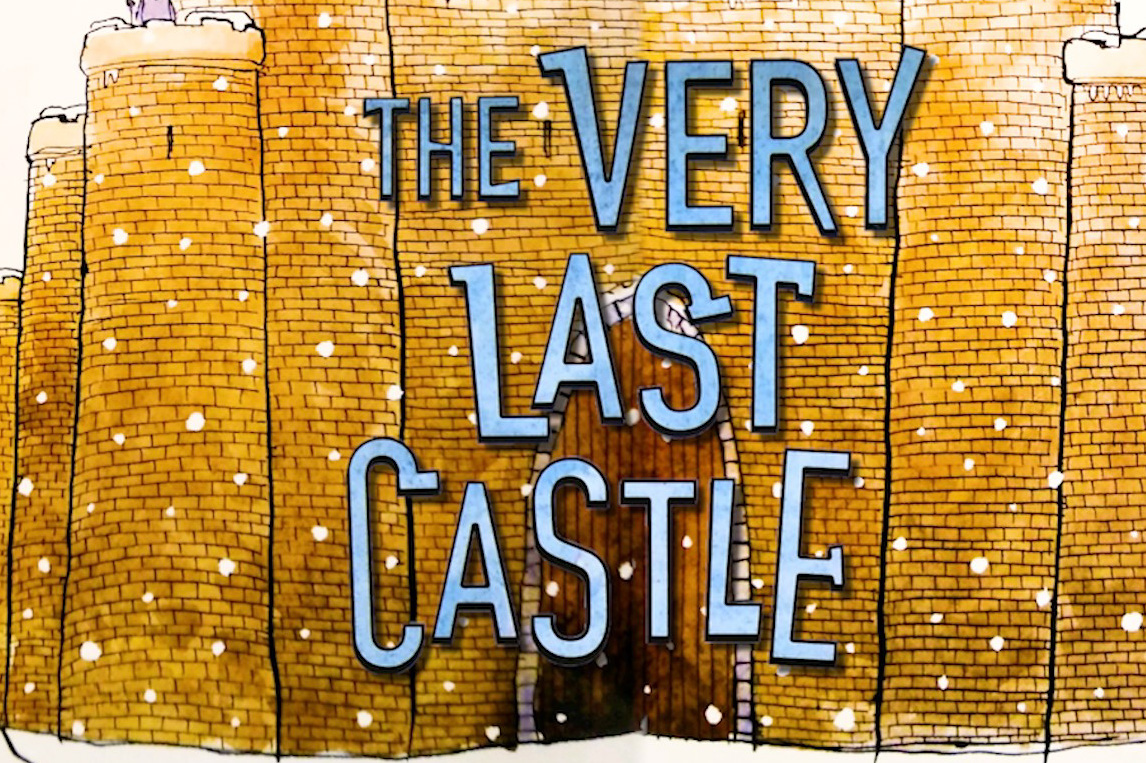 The Very Last Castle with narrator Vicky King, Ibb the dancer by Destiny Walton and video editing by Forgotten Clefs recorder player and percussionist is available for viewing through April 10.