George Walker: This Thursday, December 17th at 7:30 the Bloomington Playwrights Project, in cooperation with Cardinal Stage, presents a holiday talent show talent in a box. Chad Rabinovitz is the BPPS producing artistic director back in the summer when Chad was trying to figure out what to do in the situation that looked like it was going to go on forever and ever. He came up with the idea of live theater.

Chad: Yeah, I'll take credit for inventing live theater. You know, during the pandemic, which still seems like it's going on and on, we knew we needed to create something. Not really just stay alive, but to be relevant and an innovate our art form. It was clear that so many people were trying to squeeze live theater into zoom and we wanted to develop something innovative that specifically designed to optimize zoom. And the experience that you can have in home, instead of content. It's about in-home experiences and that's what in the box brings to people. It's more that we just want to help create a fun family night at home during the Holidays that we can all just sit back and embrace the talent that we have n home experiences.

George: Paul Daley is the associate artistic director at the BPP. Were you part of the process?

Paul: No, by the time I came aboard at BPP, the plan was in place for the holiday talent show. I did participate in some of the brain-storming for that and the imagining and the dreaming were mostly done. I've helped do the actual physical boxes, helping pull them together.

Chad:And the big part of the execution, though that stuff, and it falls very big in that in our new Amazon fulfillment center that we have here at BPP.

George: That's amazing, Paul, as the assistant artistic director of what are your responsibilities for the. Paul: On Thursday, I have to make sure that Chad looks good, so I'm its gonna’ be an hour-long process. What I've been involved with is coordinating with the talent, getting them in, getting their pieces recorded kind of interviewing them, drawing a little bit of information out of them, getting the the recordings over to the people that are helping us polish them.

George: There were 65 people who were more-or-less chosen. Then there was a vote from the audience. Chad, you were rather surprised by the number of votes.

Chad: Yeah, we had 5000 legal votes for the contest, which far surpassed what I ever anticipated would be rational amount. And they are all legit. We were able to check it. It was quite a lot of people who turned out to support their friends and family.

George: There were twelve contestants. Six were top vote getters and then six were selected by the judges from the other 59.

Paul: Well, I'll say these are really fascinating people. The people that have come out. They're just multi -talented and have a wide range of interests. We have 12 year old who sings and writes her own music. Chad: She's insane. Paul: She is incredible. I mean, they're all incredible. It's been great fun meeting these people.

Chad: So we've got a total of 12 performers. Live on Thursday night, the 17th, one person from Indiana will win $1000 cash prize based on a live vote.

Chad: George this is the first show that we've ever done where I don't know how it's going to end, so I'm pretty pumped. No idea what's going to happen. 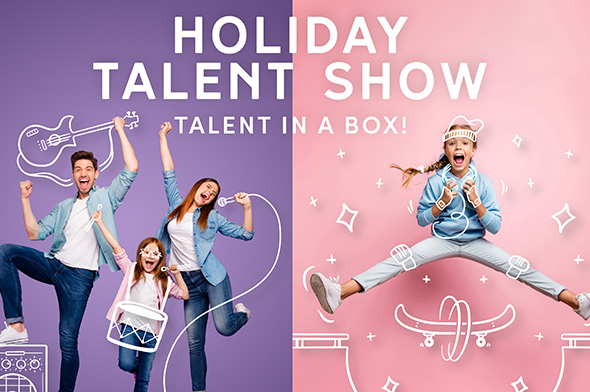 When Thursday night's votes are in...

Chad Rabinovitz, Artistic Producing Director of the Bloomington Playwrights Project says..."For the first time, I don't know how this is going to come out!"

Paul Daily, Associate Artistic Producing Director says, "I came on board after the vision of the project began, but  I've had a great time meeting the contestants."

There's lots more details from Chad and Paul  about how the contestants  and the one thousand dollar prize as you listen to the revelatory conversation with WFIU's George Walker.