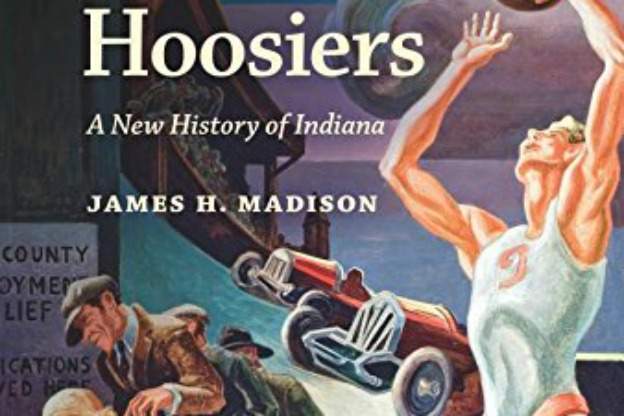 History books are revisitations of the past that sometimes end up inviting their own revisitation. Indiana University history professor emeritus James Madison recently completed just such an authorial journey, the result of which is Hoosiers: A New History of Indiana (Indiana University Press: 2014).

"I wrote a history of Indiana in the 1980s called The Indiana Way, and it did pretty well as books go," says Madison. "But it was increasingly out-of-date. Our perspectives changed as we moved towards the 21st century, our scholarship changed; what we know about Indianawhat historians have learned in the last 30 yearsis almost revolutionary. We know a lot more than we did in the 1980s about African-Americans, about women, about social history."

A History For Adults

Madison cites the increased discussion in recent decades of the Ku Klux Klan's role in Indiana's history as another example of how historical narrative has evolved. "Our understanding of the past is always changing, is always contentious, just as our present is always contentious" he says. "I think we all need mythologies, stories that make us feel good. But along with thatwhat I call 'comfort history'we need to have a history that is honest and true and real for adults."

A Legacy Of Limited Government

Madison sees that mentality still at work today in Indiana culture and politics: "That Indiana tradition of limited government, low taxes, and individual freedom, is one of the main legacies of the pioneers that persists, for better or worse, into the 21st century."

As Indiana moves towards celebrating its bicentennial in 2016, Madison thinks the state needs to do a better job of taking pride in its identity. "I think Indiana plays way above its reputation," he says. "We're a modest people. But I would like us to be a little more aggressive in branding ourselves as Hoosiers. We have one of the great brands among all the states, among all the people in the world. We're Hoosiers!"