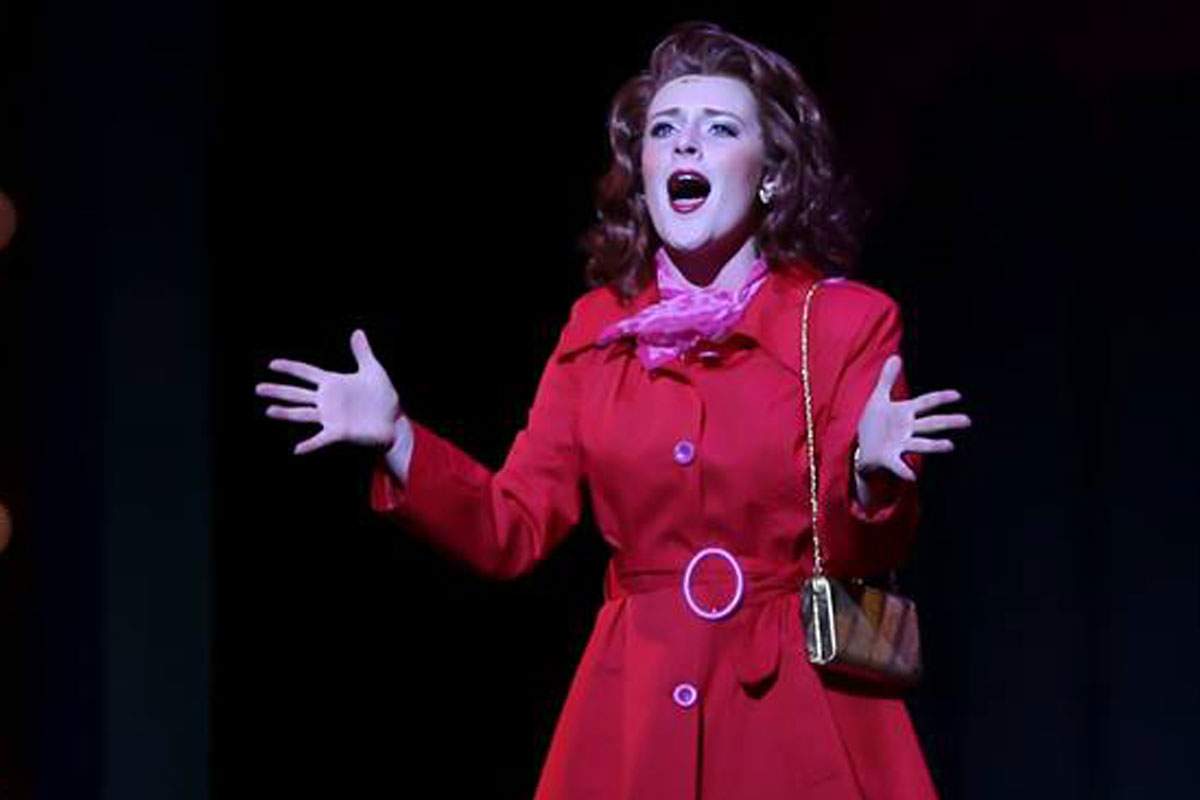 IU senior in musical theatre Emily Kelly plays the vulnerable, but plucky Charity with verve. Senior Kaitlyn Mayse and Freshman Julia Thorne are charmers as her pals Helene and Nickie

Love is as close as Charity can come to describing her religion and she admits to going to church a lot. The musical follows her ups and downs with boyfriends. Number one is the silent, hair combing Charlie played by Todd Aulwurm. He throws her into the Central Park Lake and steals her purse.

Number two is Caleb Fath as a smooth Italian movie star who uses Charity as arm candy to snub his overly emotional girlfriend, but later has her hide in the closet as the two reunite.

Number three is, Oscar the accountant played by Craig Franke, seems a most likely prospect until he simply can't deal with Charity's history. In the IU Production, at least he doesn't push her into the lake and he doesn't steal her purse.

The IU production looks back to earlier musicals with its set pieces and forward with its use of dance. Emily Kelly's Charity is an excellent dancer and a strong singer for the show's hits, "If My Friends Could See Me Now" and "I'm a Brass Band." Life at the Fandango Club is so bad that she and her pals think being a receptionist, a hat check girl or even a dental hygienist's assistant assistant would be a step up in a nice trio of "There's Gotta Be Something Better Than This." The ladies of the Club do a nice job with bitter optimism of "Hey Big Spender."

Sweet Charity at IU is directed and choreographed by Kenneth Roberson with music direction by Terry LaBolt. It offers plenty of action, dramatic and accomplished dancing and singing and a real feel for the characters of the show. The colorful and clever sets are by Bridgette Dreher. Varied and attractive costumes are by Emmie Phelps. Lighting is by Aaron Bowersox. Andrew Hopson is the sound designer.