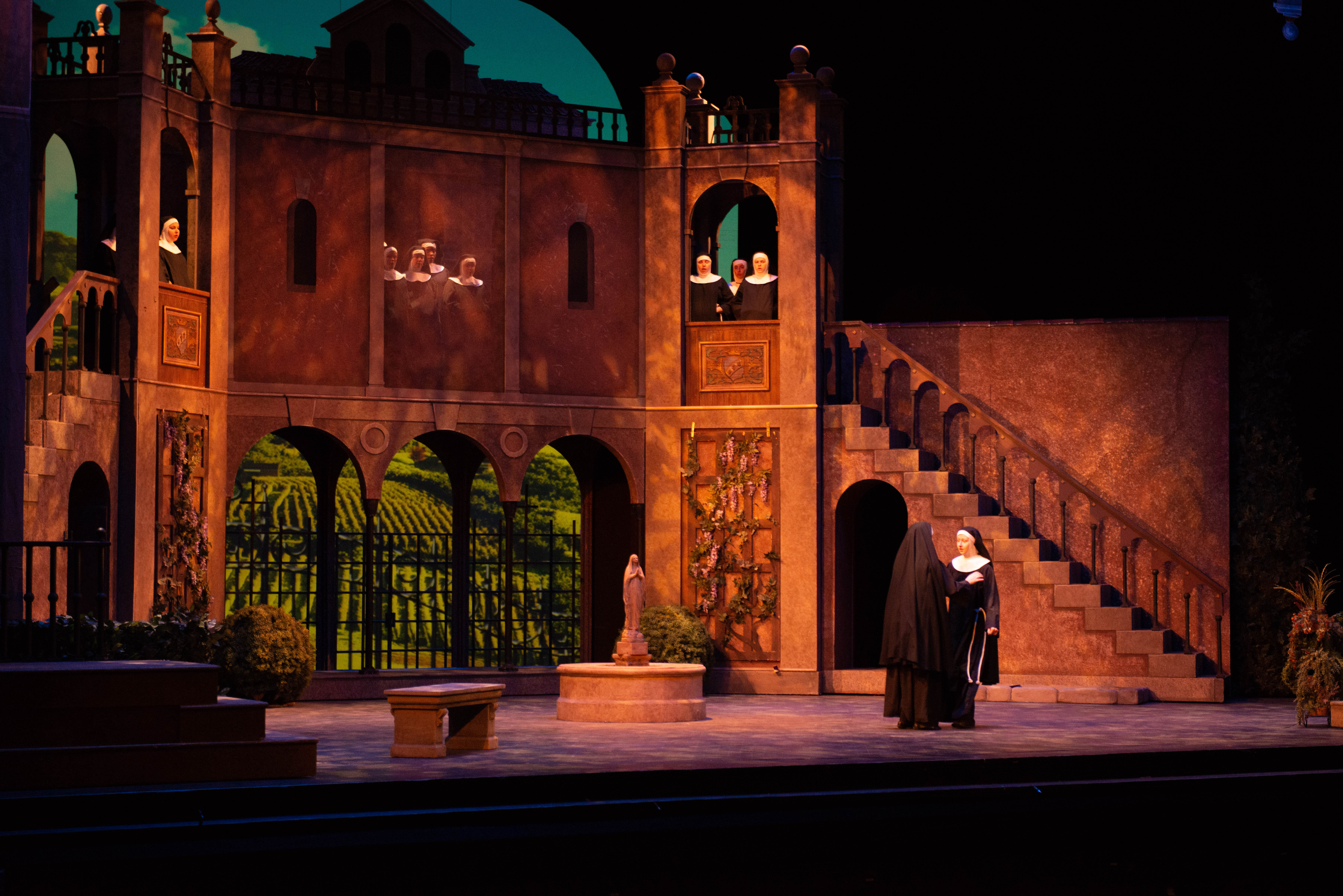 Sister Angelic, Suor Angelica  had a child out of wedlock and because of the scandal she’s been at the convent for seven years. The opera paints a picture of the richness of convent life with insights into the past and current lives of the nuns. One wishes for a lamb to hold from the sheep that she tended. Another dreams of good things to eat. The family’s Princess comes to ask that Angelica renounce her inheritance for her soon to be married sister. Angelica for her son, at first refuses and when the Princess tells her that the boy has been dead for two years, she falls apart and signs. Seeking a reunion with her son in heaven, she takes poison, and then realizes that this will condemn her. A miracle occurs as she is united with her son while the nuns sing “thou art saved.” It’s a moving moment and there was applause for Rose-Antoinette Bellino as Angelica, for Eleni Taluzek as the Princess and for the chorus of nuns prepared by Walter Huff.

After a brief intermission it is on to comedy from the first down beat with Gianni Schicchi. The wealthy Buoso Donato has died and his relatives are searching for the will with the  hope  that it will enrich them and the fear that it will enrich the local clergy. After a long and comical search that reveals some strangely erotic habits of Buoso, the will is found and their fears are justified. He’s left it all to the church. Rinuccio, who’s in love with Gianni Schicchi’s daughter Lauretta suggests the clever Gianni and after a fervent defense he’s summoned. Gianni, disguises himself as Buoso and as he threatens the greedy family with the penalty of losing a hand and being banished from Florence, dictates a will that makes minor gifts to the relatives and the majority to himself as a dowry for Lauretta. All ends with Gianni speaking directly in apology and defense. Brendan Sanchez was a dapper Gianni Schicchi. Sam Mathes sang passionately of Gianni and of the glory of Florence. Deepa Johnny did a lovely job with her appeal to father Gianni with the show’s hit song, O babbino cara.

There are just two more opportunities to see IU Opera’s Suor Angelica and Gianni Schicchi, Friday the fourteenth and Saturday the fifteenth. You may find this review and an interview with Rose-Antoinette Bellino, Sister Angelica and Steele Fitzwater the Gianni Schicchi of the other cast at wfiu.org/arts