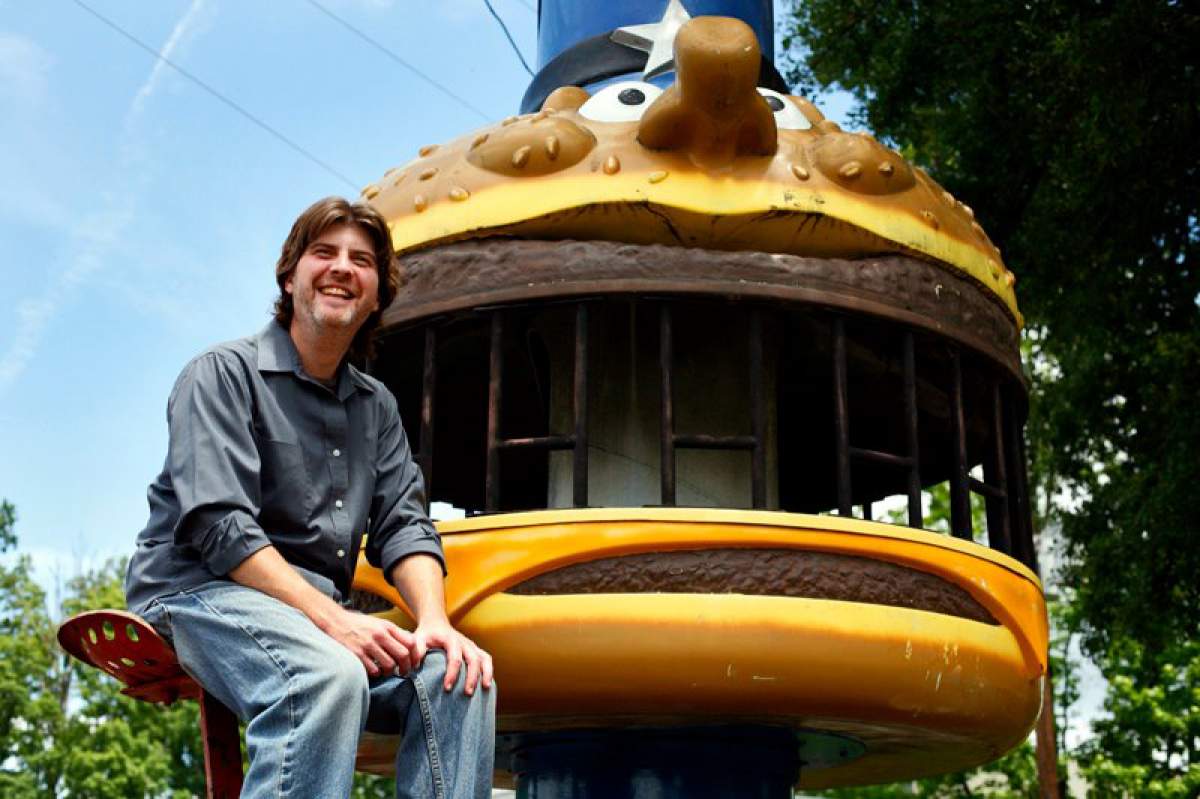 Breaking In An Audience

On his stand-up album "I Don't Think I Believe Us," comedian Stewart Huff comments on our fear of change.

He starts off with utensils ("I think the first guy to introduce the fork had a hell of a time getting that over"), America's resistance to the metric system ("For people who don't know how to do math, like me, it's a godsend") and then he moves to music.

"Music is always a good translator for people, because it's something we all have in common," says Huff.

"Usually you bring up classical music in a comedy club, people automatically shut down," he says. He calls this a speed bump. Once he relates classical music to Bugs Bunny cartoons, the audience is laughing again. "Now we're all back. There's no more speed bump."

The scene Paris, France in 1913, the premiere of Stravinsky's The Rite Of Spring. "Everybody was there in their best duds out being seen."

He unleashes an airy hum into the microphone to mimic the opening solo bassoon note. "People lost their [expletive] minds," and the audience erupts with laughter.

He describes the riot that ensued, with a particularly memorable characterization of a frazzled audience member "Your ruffled shirt's askew, you got blood in your good wig, you're missing your decorative cane."

He finishes off the story with this simple explanation "Well the [expletive] opened with a bassoon! Hell, I had to kill a guy!"

The easiest way to get a laugh is to talk about alcohol and sex, 'And the further away you get from that bull's-eye, the more speed bumps you have.'

Bloomington audiences heard Huff perform this Stravinsky joke last summer at the Limestone Comedy Festival. Once it was recorded as part of his album, he retired it from live performance. (He does plan to revive it once more for his series of shows in Bloomington this week.)

Prior to making the CD, he would audition new material by inserting jokes into his existing routine. Now, he has rolled out a entirely new 50-minute set.

Huff likes comedy that is as interesting as it is funny, and as with this Stravinsky bit, interesting often comes before the funny.

He heard the story of the premiere of the Rite Of Spring from a friend. He then poured over websites for weeks, learning as much as he could, taking notes and crafting a comedic story. He admits this isn't the road most traveled for stand-up comics.

The easiest way to get a laugh is to talk about alcohol and sex, "And the further away you get from that bull's-eye, the more speed bumps you have," he says.

But, if the audience isn't laughing at his jokes, he doesn't see that as a problem. It just means he has to work harder to get his idea across.

"And then once it starts working, it's the greatest satisfaction I've ever felt in my life."