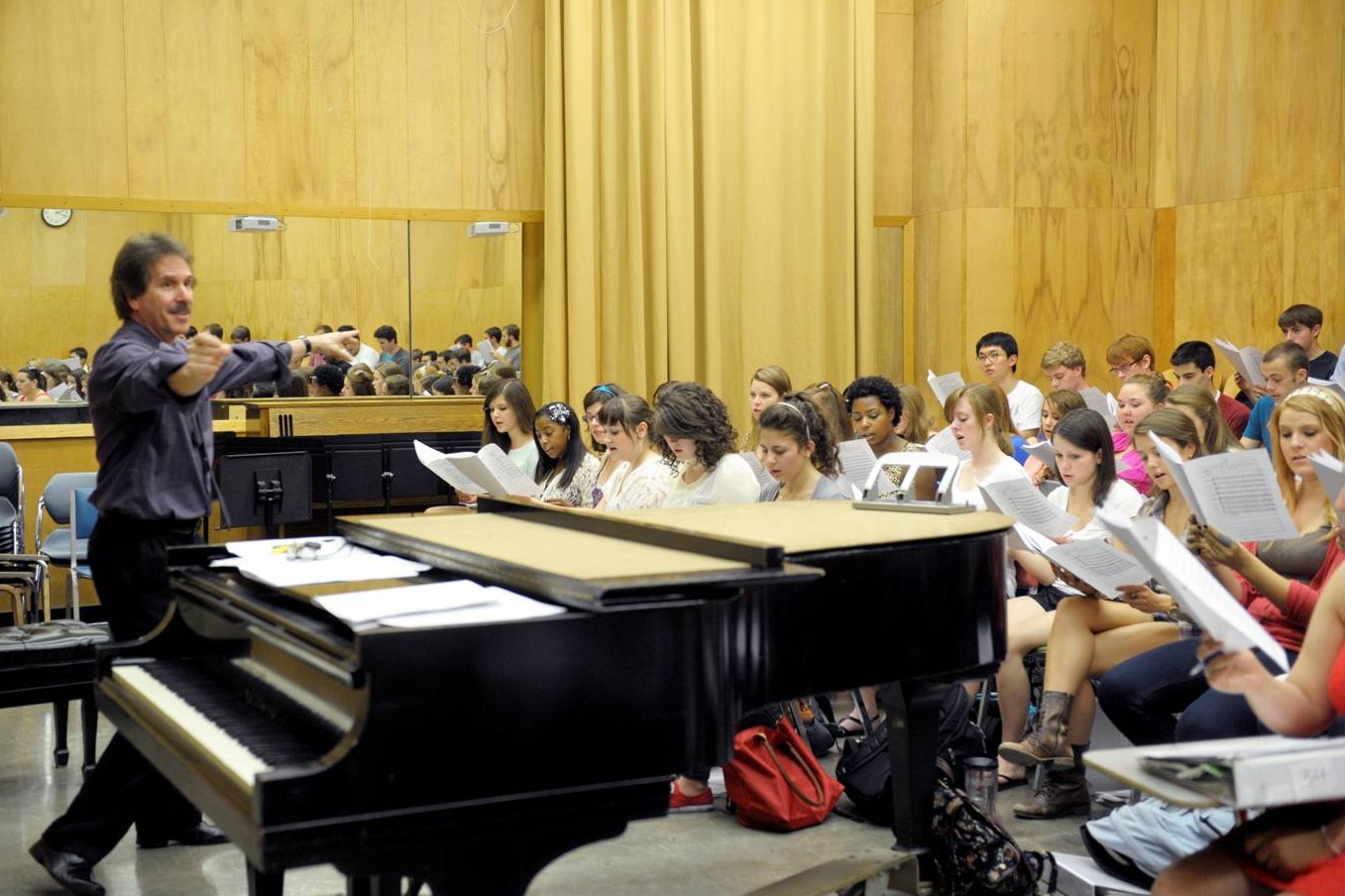 WFIU's featured artist for the month of December is the internationally known conductor and newly appointed director of the Singing Hoosiers, Steve Zegree.

A conductor, pianist, arranger and choral educator, Dr. Zegree holds degrees from Miami University, Indiana University, and the University of Missouri-Kansas City. He is currently the Pam and Jack Burks Professor of Music at the Jacobs School of Music. Prior to coming to IU, Zegree was the Bobby McFerrin Distinguished Professor of Music at Western Michigan University, where guided the vocal jazz ensemble Gold Company to win numerous awards from DownBeat magazine.

While Zegree was the director of Gold Company, the ensemble performed with prominent jazz artists including Kurt Elling, Paquito D'Rivera and The Manhattan Transfer. As director of the Singing Hoosiers, Zegree will bring new energy and ideas to the program while maintaining the ensemble's high level of musicianship. On December 5, Zegree will direct his first Chimes of Christmas Concert with the Singing Hoosiers and the IU Wind Ensemble at the IU Auditorium.

A respected pedagogue, Zegree has published several books of choral arrangements and The Complete Guide to Teaching Vocal Jazz. His most recent book, The Wow Factor: How to Create It, Inspire It, and Achieve It, has met with widespread acclaim. As a pianist, Zegree performs with the Western Jazz Quartet, with whom he has recorded four CDs.  Zegree has also played keyboards for national touring shows, including The Producers, Wicked, and Hairspray.

WFIU will feature performances by Steve Zegree throughout the month of December.